Claude Viallat is a French painter. Born in Nimes in 1936, he is renowned for his creative process developed on the basis of a unique principle, that of the repetition of a simple, recurrent, immediately recognisable form, developed in series across multiple and unconventional media. Challenging both the medium and the tool, Viallat is celebrated internationally for his pioneering role and his works are featured in many contemporary art collections.

Starting in 1966, Viallat began to repeat a single oblong shape, neither abstract nor figurative, over the entire surface of a canvas detached from its stretcher, according to the all-over technique. Having become his signature, this motif and creative process were part of a radical critique of the informal and geometric art currents, which had been dominant in the artistic landscape since the 1960s.

Viallat uses all kinds of flexible substrates, mostly made of poor materials, from everyday life: industrial tarpaulins, sheets, umbrellas, curtains, jute fabric, shirts. Viallat explains in this regard that “it is the quality of the canvas, of the substrate, which organises both the result and the work, because I manufacture substrates which are very often irregular, with worn fabrics.” Guiding the realisation of the work, these materials, which are sometimes interlinked, each have their own way of reacting to the application of colour. This offers many “surprises” to the artist, whose approach accommodates a degree of chance.

A remarkable colourist, Viallat uses bright colours to represent the shape that made him famous, “the simplest, the most elementary, the most immediate,” which is infinitely repeated across the different substrates. To paint, Viallat stands above the substrate placed on the ground, in the manner of the artists who inspired him: Simon Hantaï, Jackson Pollock, or Sam Francis. Applied to the untreated substrate, this shape determines the composition, which is dominated by a rhythmic search for harmony. Exhibited without a frame, hung or suspended in space, the canvas according to Viallat offers a moving and three-dimensional alternative to the frontality of the traditional painting.

In 1969, with a group of artists from the South of France, including Vincent Bouilès, Daniel Dezeuze and Patrick Saytour, he founded the Supports/Surfaces movement, which aimed to challenge traditional pictorial means, both in terms of substrate, motif, and final object. After several group exhibitions, including one at the Musée d’Art Moderne in Paris in 1969, the group separated in 1972 following several disagreements.

Having taken part in numerous solo and group exhibitions since the mid-1960s, Viallat benefited from a major retrospective at the Centre Pompidou in Paris in 1982. His participation in the Venice Biennale in 1988 for the French Pavilion was the pinnacle of this recognition. His works are included in the most important collections devoted to contemporary art, including those of the Musée d’art moderne de la ville de Paris and MOMA in New York.

“It is the quality of the canvas, of the substrate, which organises both the result and the work, because I manufacture substrates which are very often irregular, with worn fabrics.” 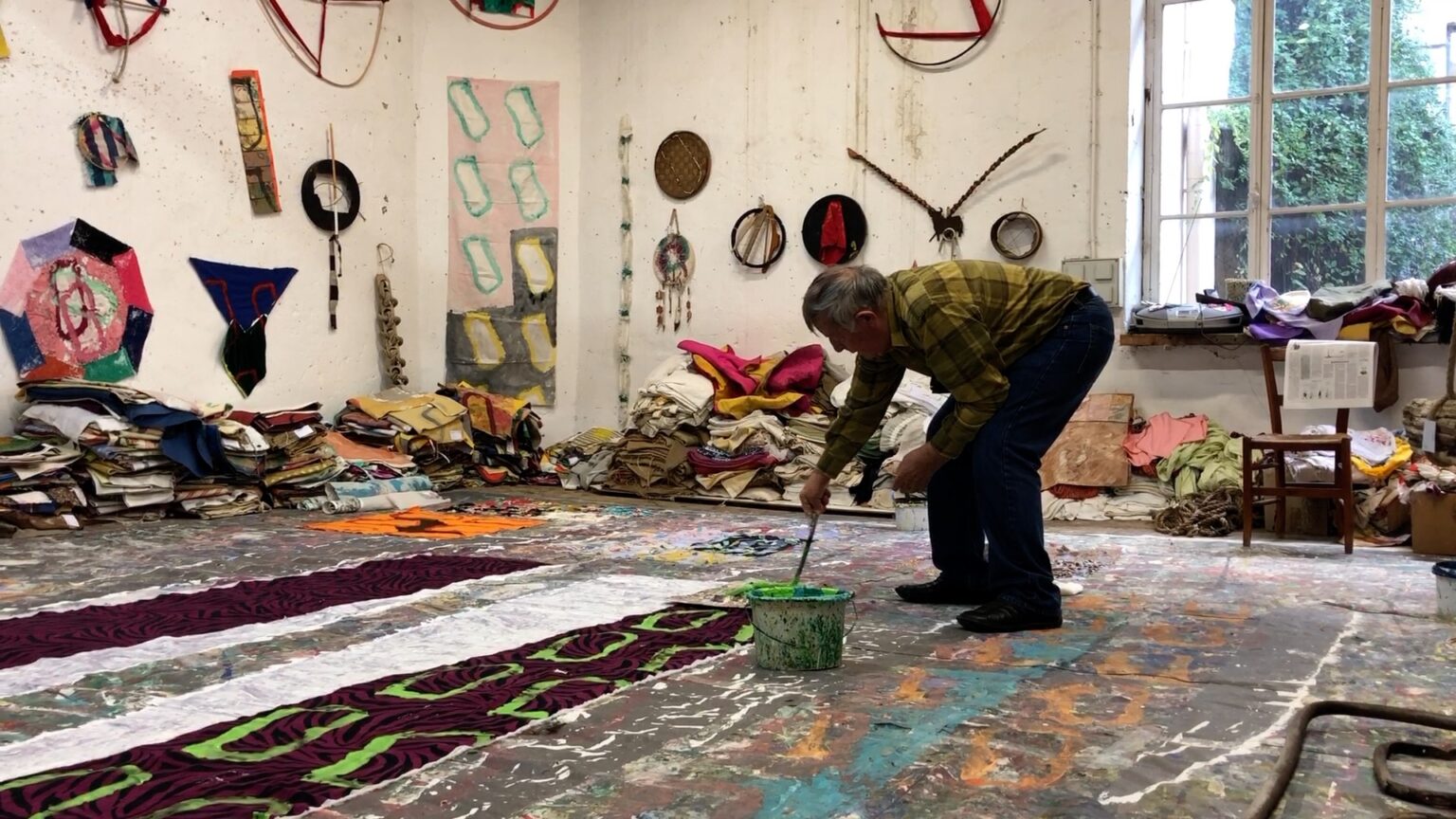 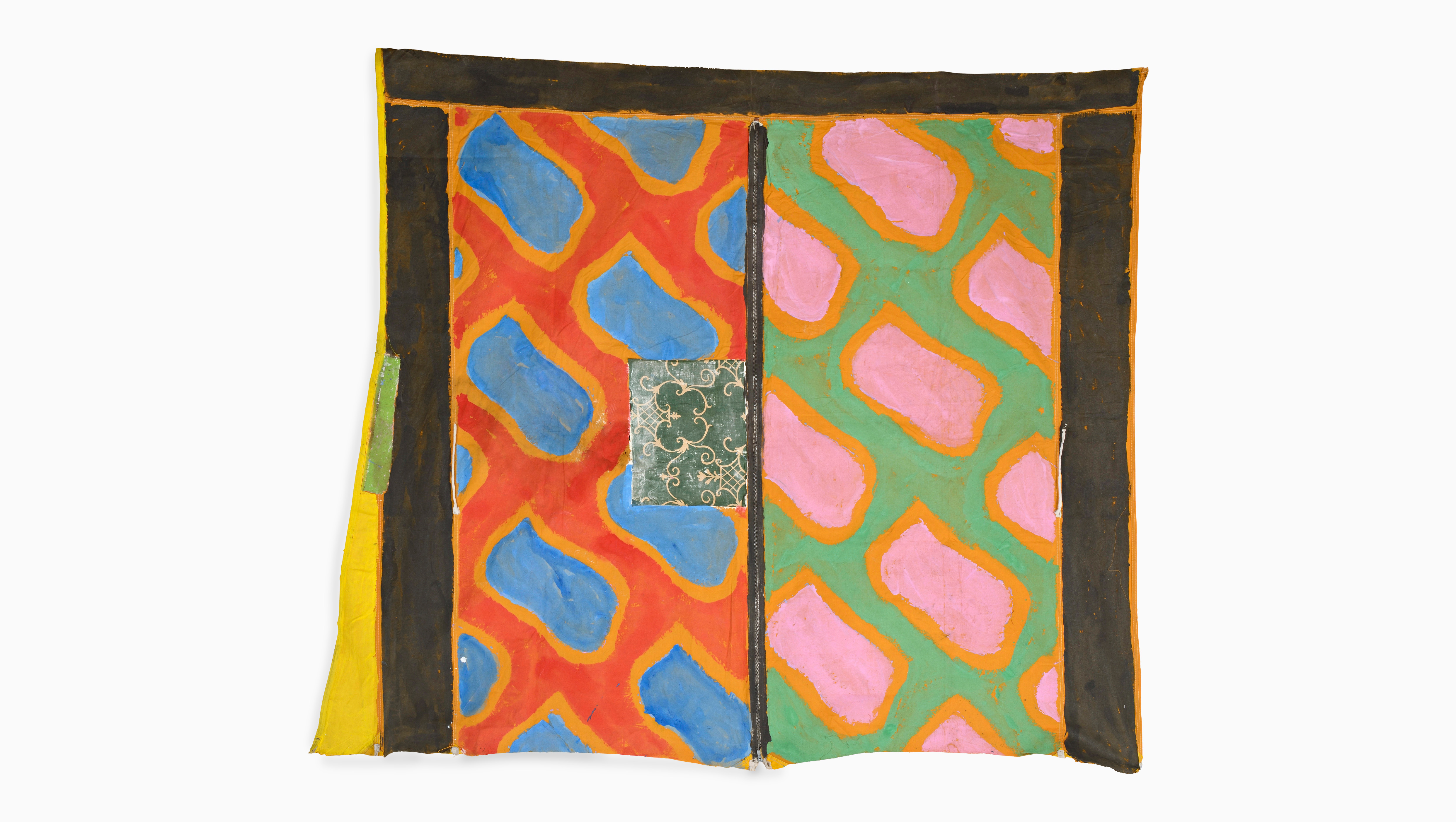 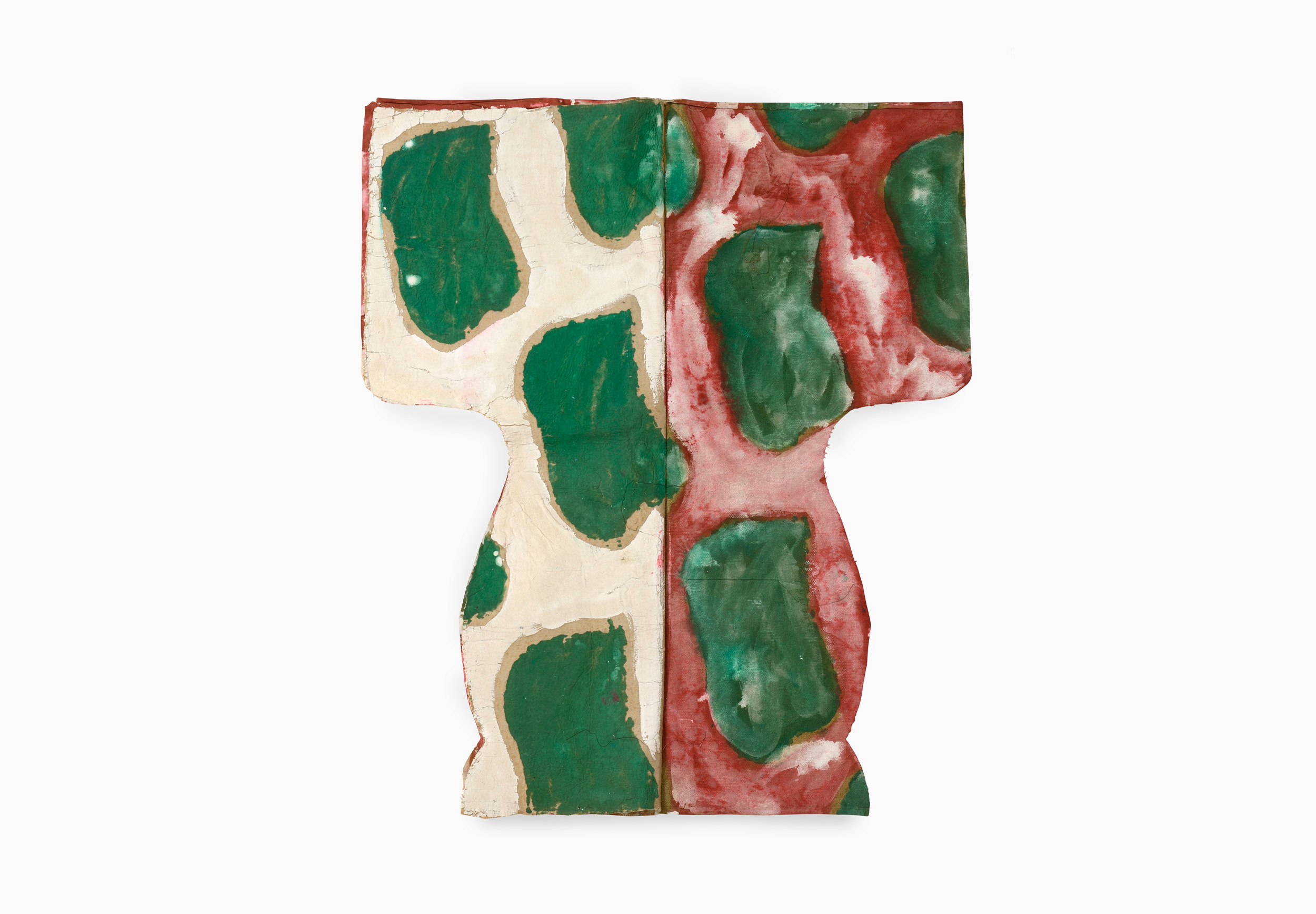 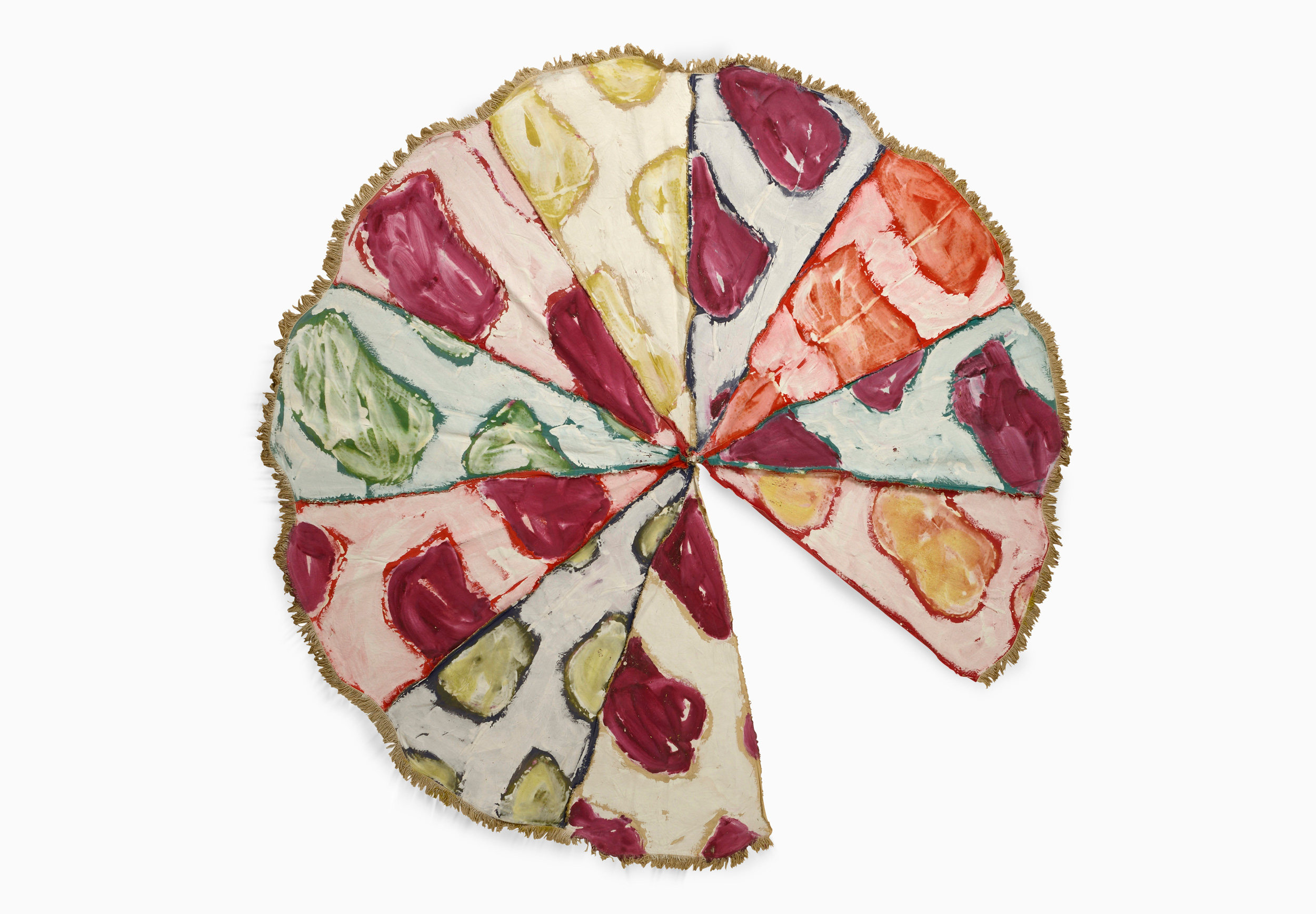 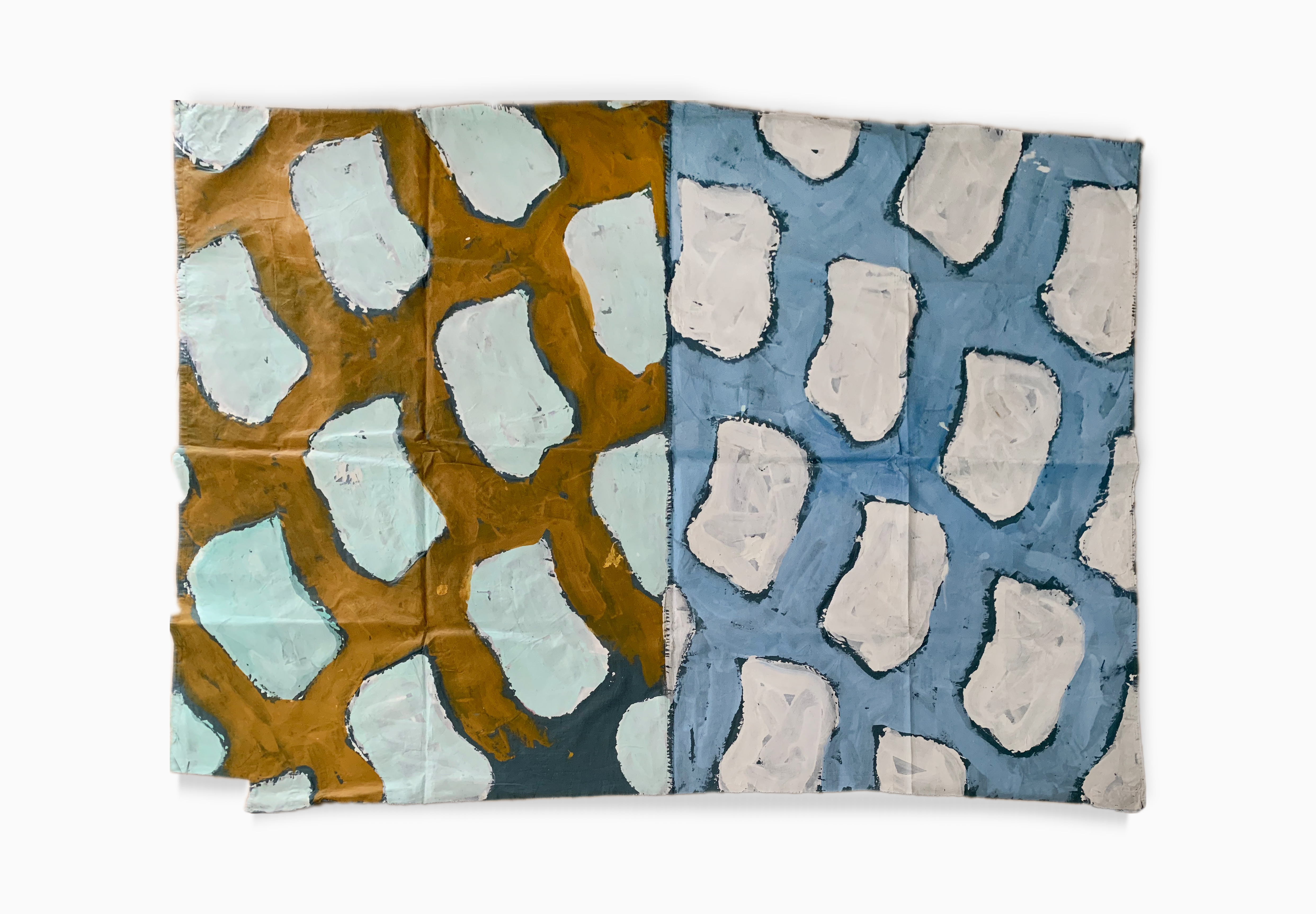 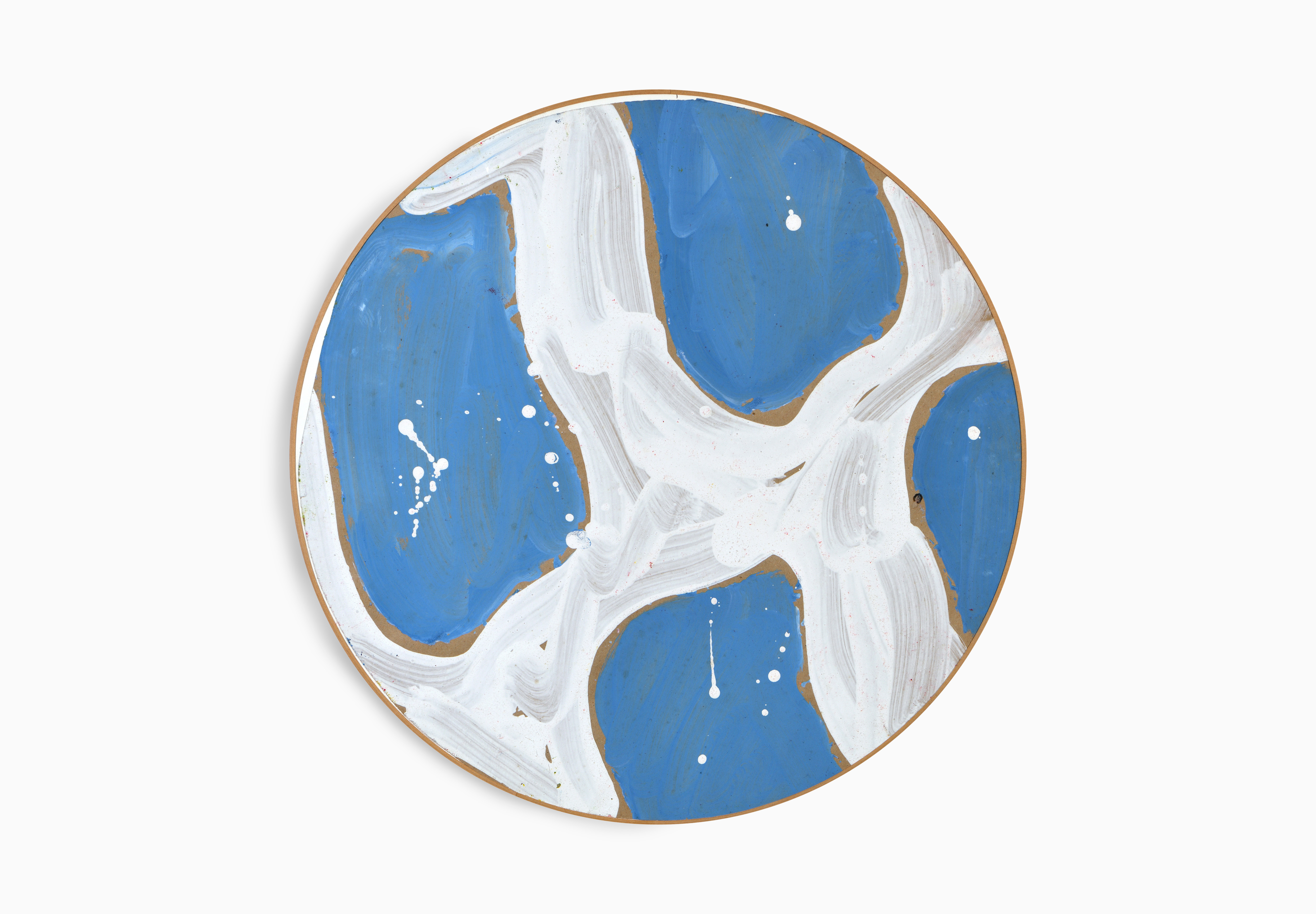