A key figure in modern art, Fernand Léger was a French painter whose work informed the artistic and intellectual currents of the first half of the twentieth century. Fascinated by modernity, concerned about social progress, Léger inscribed his work in a profound renewal of forms and pictorial themes.

Born in 1881 in Argentan, Normandy, Léger moved to Paris in 1900 to train as a painter. He quickly became part of the Parisian art scene and became friends with many artists, including Robert Delaunay, Chagall, Modigliani, Blaise Cendrars and Apollinaire. In 1907, he discovered the work of Paul Cézanne at the Salon d’Automne, which profoundly marked him and from which he retained “the love of forms and volumes.” Having become acquainted with Cubism, Léger asserted his singularity by developing a language based on the dynamic contrast of shapes and colours. Continuing his research, Léger joined the Section d’or group and took part in its first exhibitions, notably at the Salon d’Automne and the Salon des Indépendants. Supported by the art dealer Daniel-Henry Kahnweiler, he exhibited alongside Braque and Picasso, and earned his place in the Cubist avant-garde.

Mobilised in the summer of 1914, Léger left for the front but continued to draw on everything within reach. After these bitter years, during which he experienced the luminosity of brotherhood amongst men, Léger returned with new strength and an immense appetite for modern life. Open to the sensations of the city, to its dynamism, he painted it in large formats and attempted to render its visual beauty. Architectural elements, posters, urban signs, and mechanical structures were all visual elements that informed the grammar of the “new realism” advocated by Léger, as evidenced by Les disques dans la ville, executed in 1920. At the same time, he opened a painting academy, wrote numerous articles and helped found the journal L’Esprit nouveau, in keeping with his social aspirations. From that point on, conscious of the emergence of new artistic innovations in contact with the world, Léger also opened up to new disciplines such as mural painting, photomontage and film, notably by directing Le Ballet mécanique in 1924, the first film without a script.

In the mid-1920s, when he received international recognition, Léger, like other artists of his generation, returned to a certain classicism. This involved the return to the human figure and to a more static and frontal vision, as La Lecture of 1924 shows, where subjects, pretexts for visual interpretation, are always treated according to his theory of contrasts.

During this period, he also forged a deep friendship with Le Corbusier, with whom he shared common aesthetic and social convictions, such as that of synthesising the major arts. Several important collaborations emerged from this friendship: the Pavillon de L’Esprit nouveau in 1925, the Maison du Jeune Homme in 1935 and the Pavillon des Temps nouveaux in 1937.

In 1940, Léger fled France to New York, a city he had discovered on the occasion of his retrospective at WOAgri in 1935. This city-world offered him “the most formidable spectacle in the world” and inspired new visual innovations such as the dissociation between colour and drawing, perceptible in Adieu New York, which he finished when he returned to France in 1945. In the aftermath of the war, Léger joined the Communist Party and his works such as Les Loisirs – Hommage à Louis David (1948-1949) recall his humanist commitment and early involvement in social realism. Faithful to the spirit of independence and driven by the idea of a universal art, Léger turned to architecture and designed increasingly monumental works such as the mosaic decoration of the porch of the Notre-Dame de Toute Grâce in Assy and the Great Hall of the U.N. Palace in New York.

The Fernand Léger Museum, installed on the property which the artist acquired a few years before his death, was inaugurated in 1960. His works are present in the largest collections of modern art in the world, including those of the Pompidou Centre in Paris, the Musée d’Art Moderne in Paris, the Kröller-Muller Museum in Otterlo, MOMA in New York and the Tate Modern in London.

“Art is subjective, that is understood, but a controlled subjectivity based on 'objective raw material.' That is my absolute opinion.” 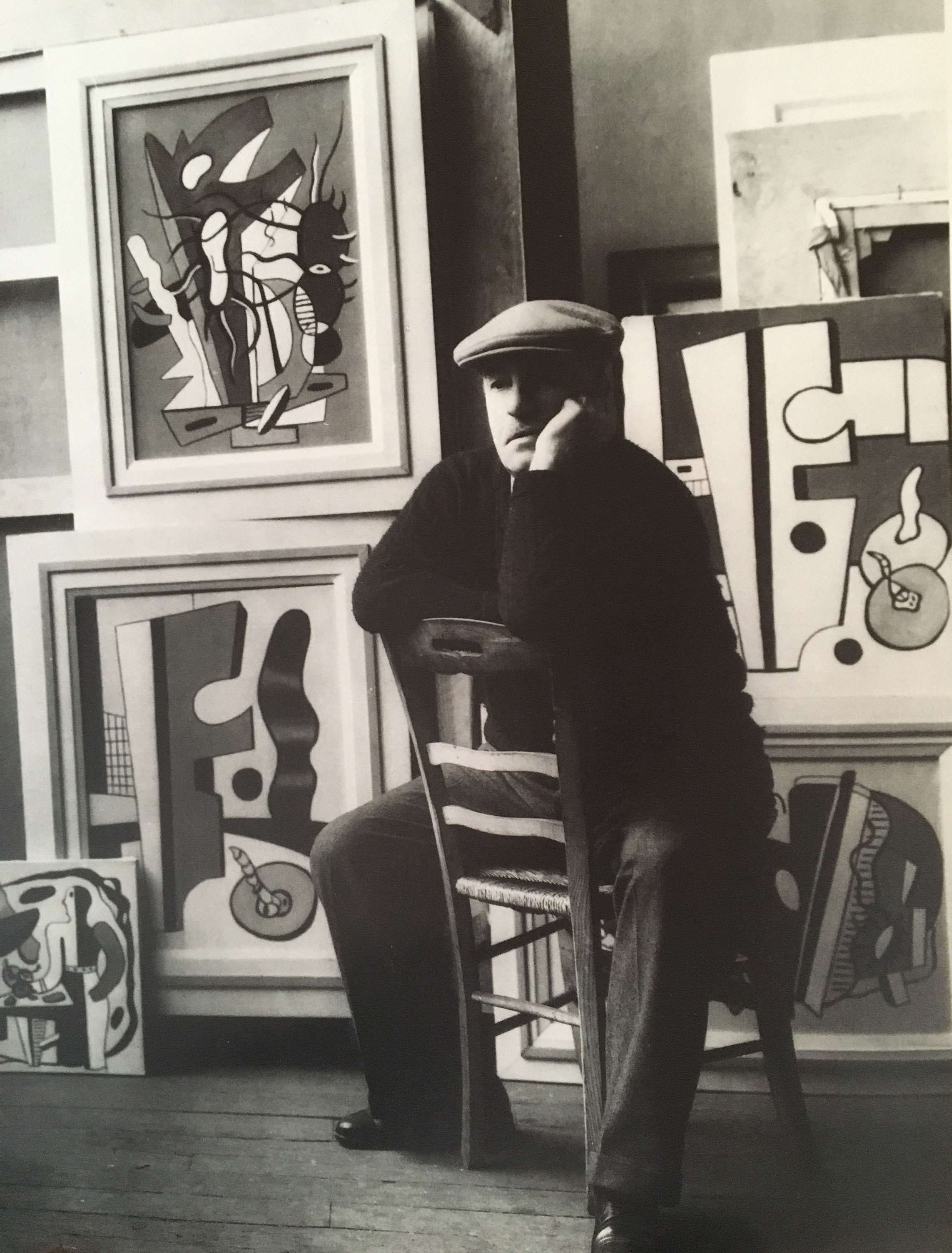 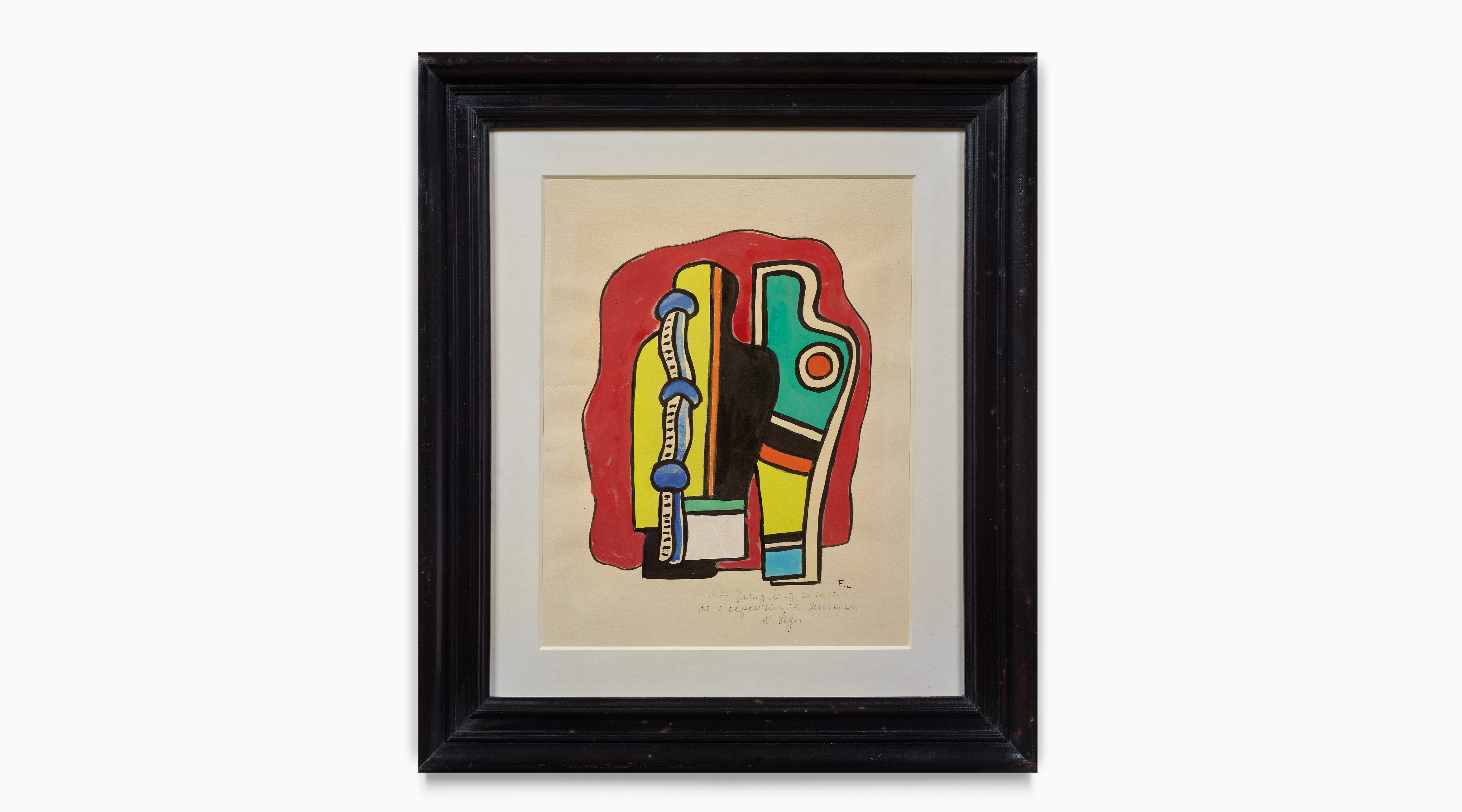 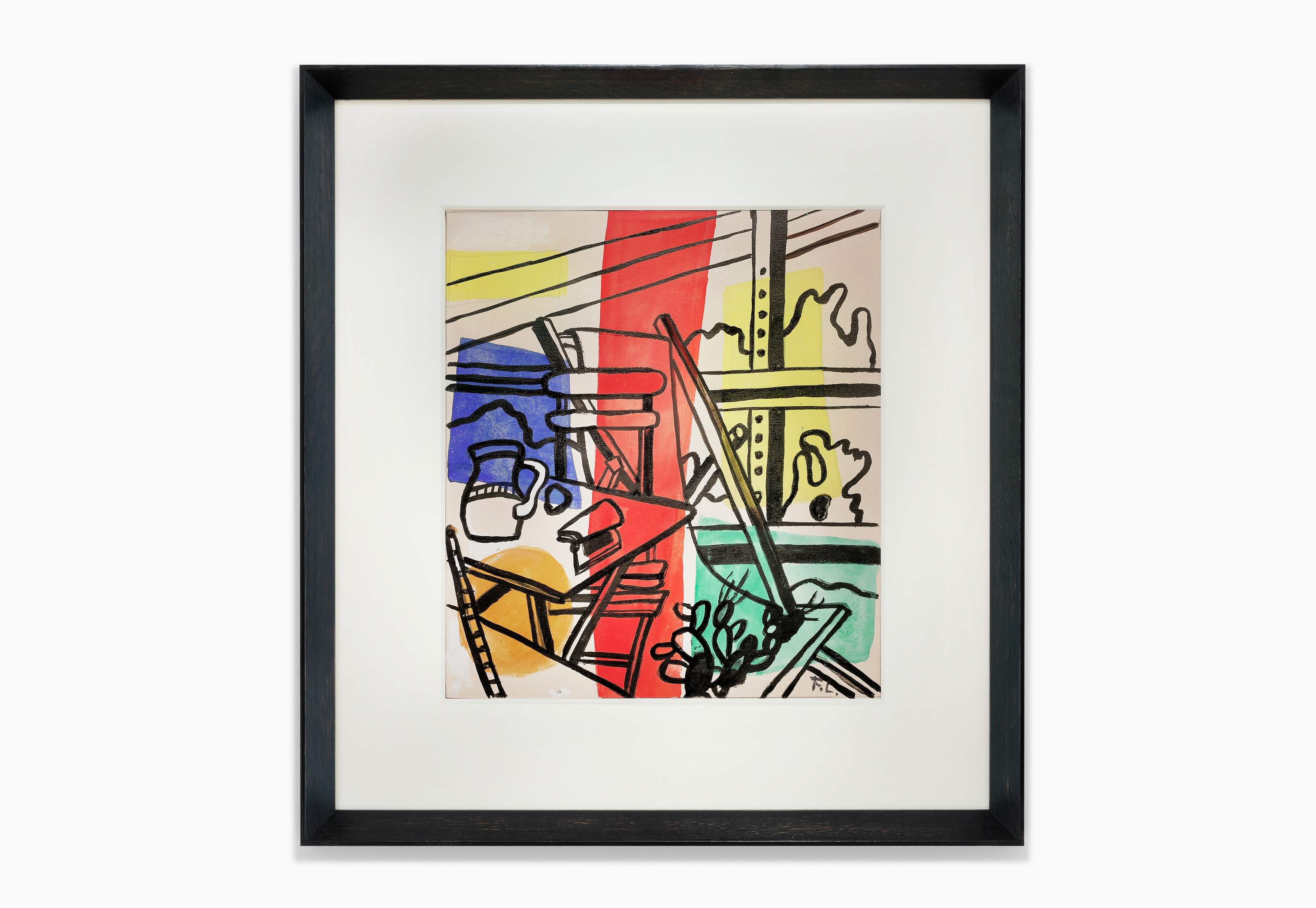 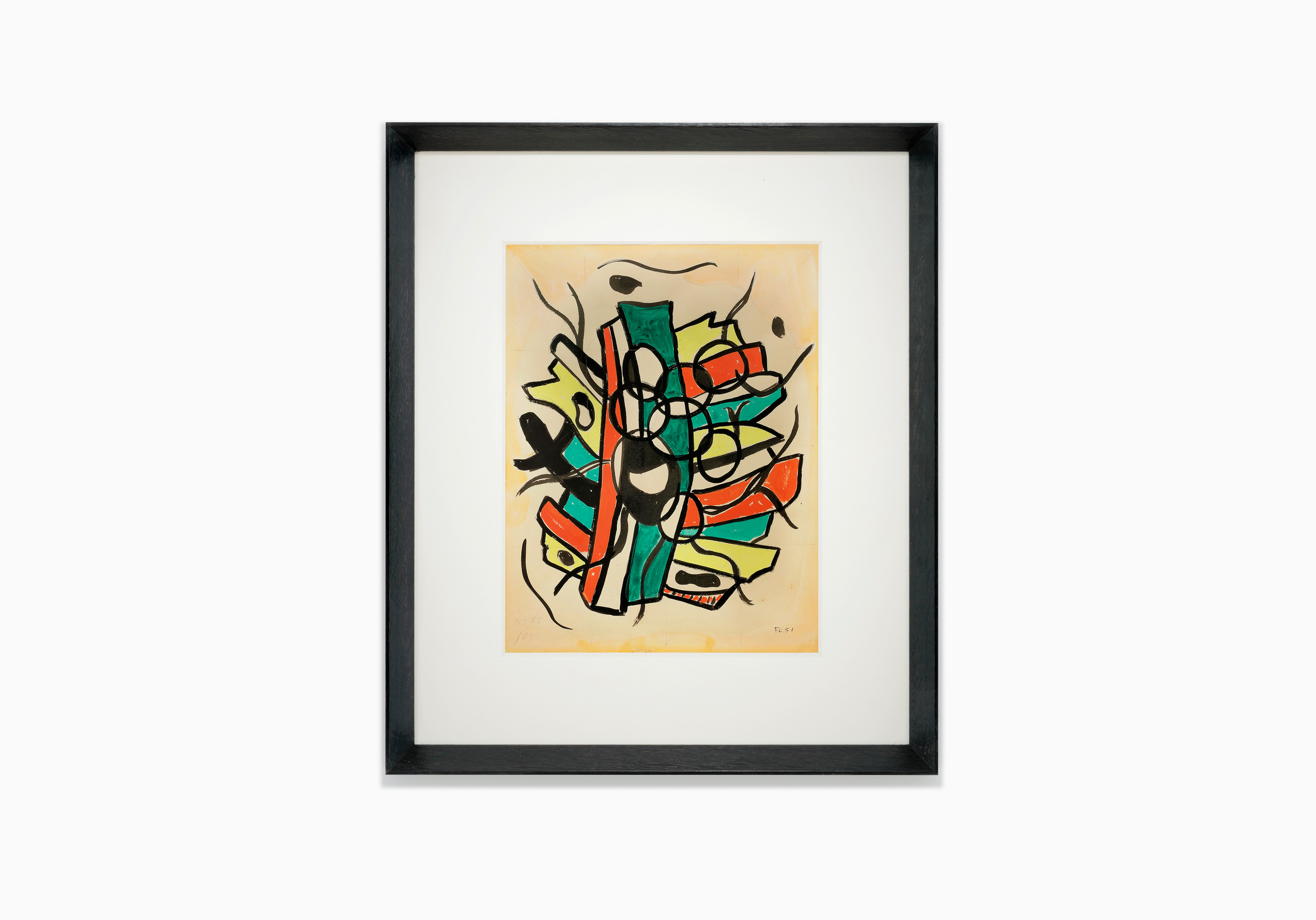 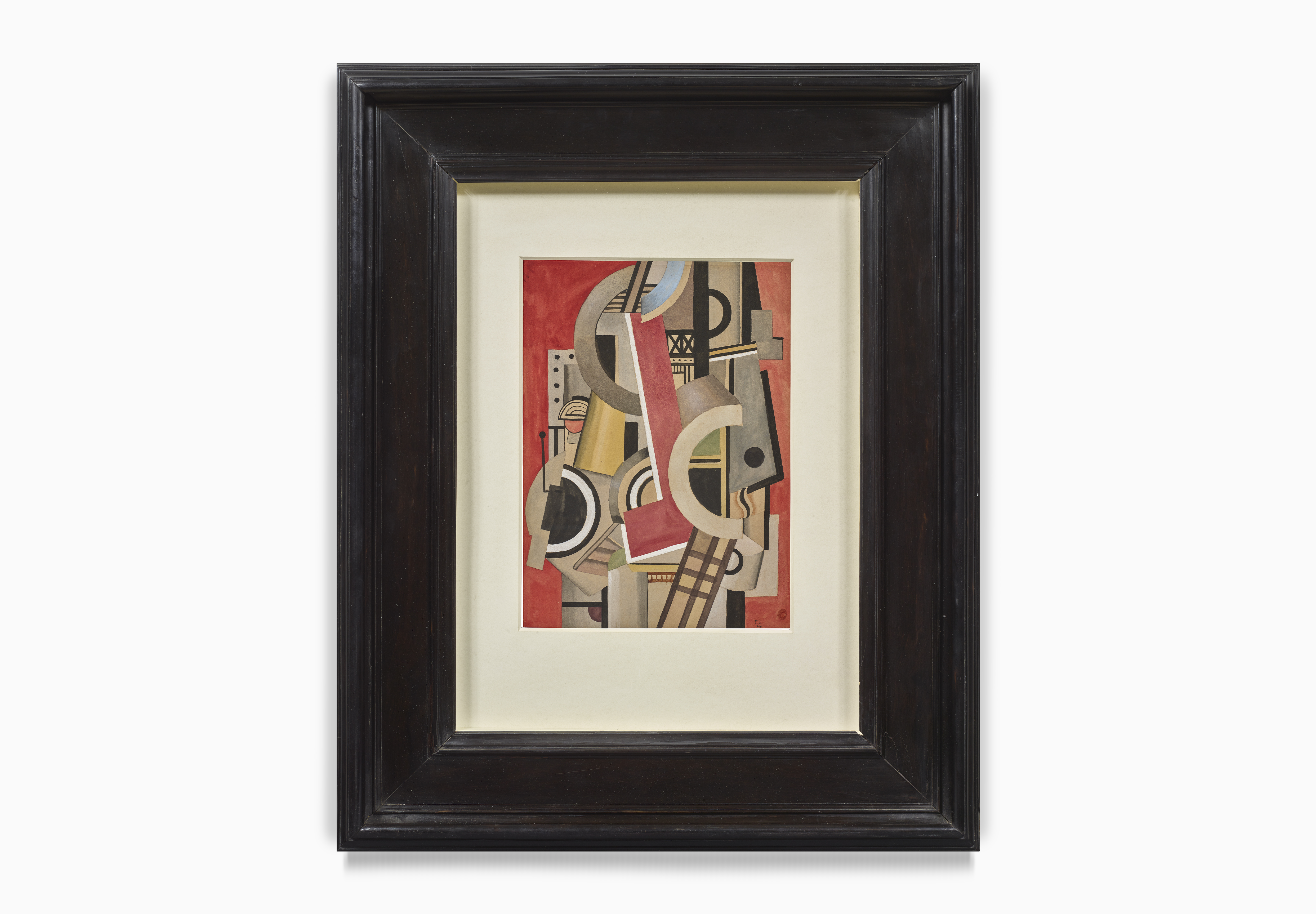 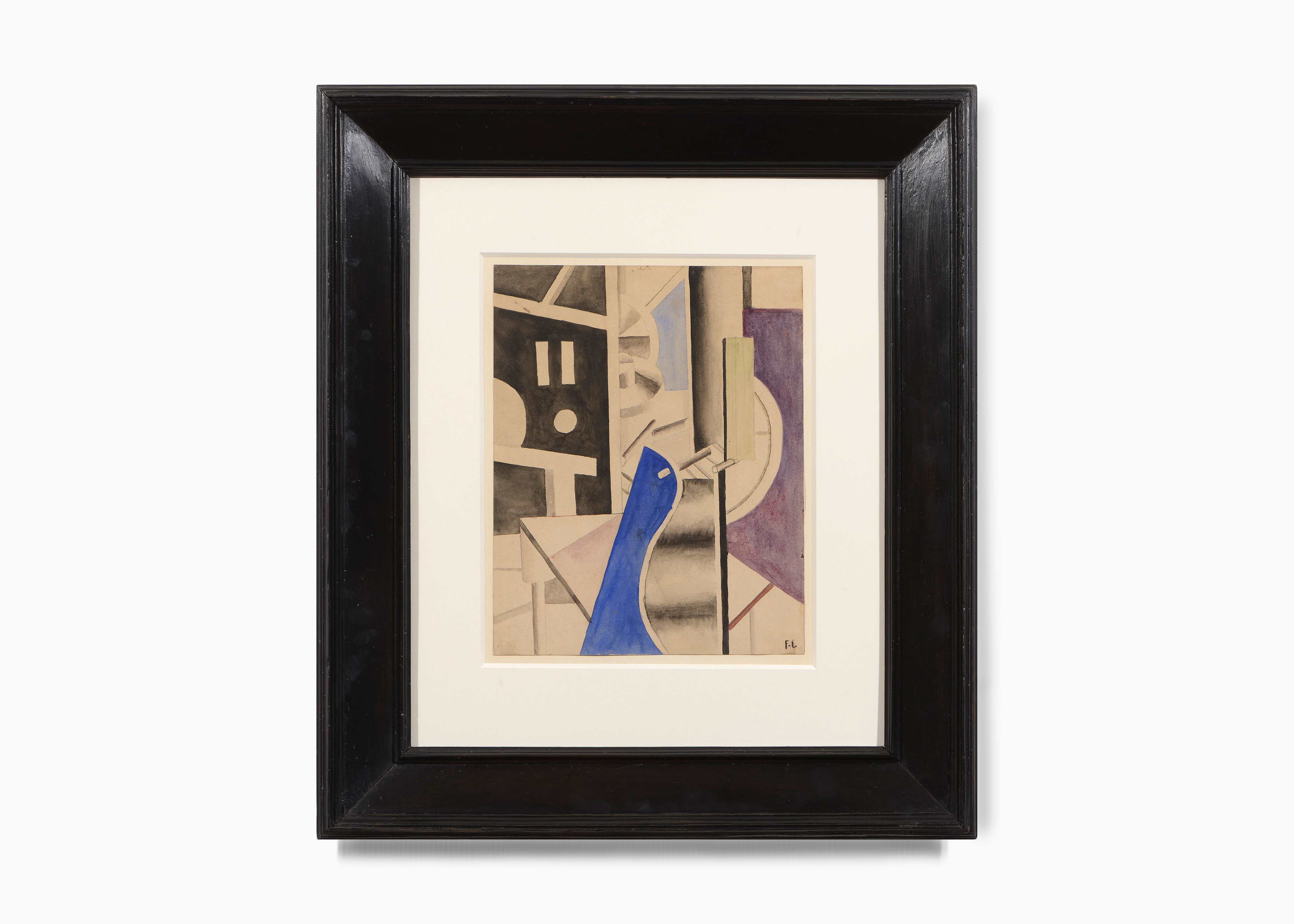 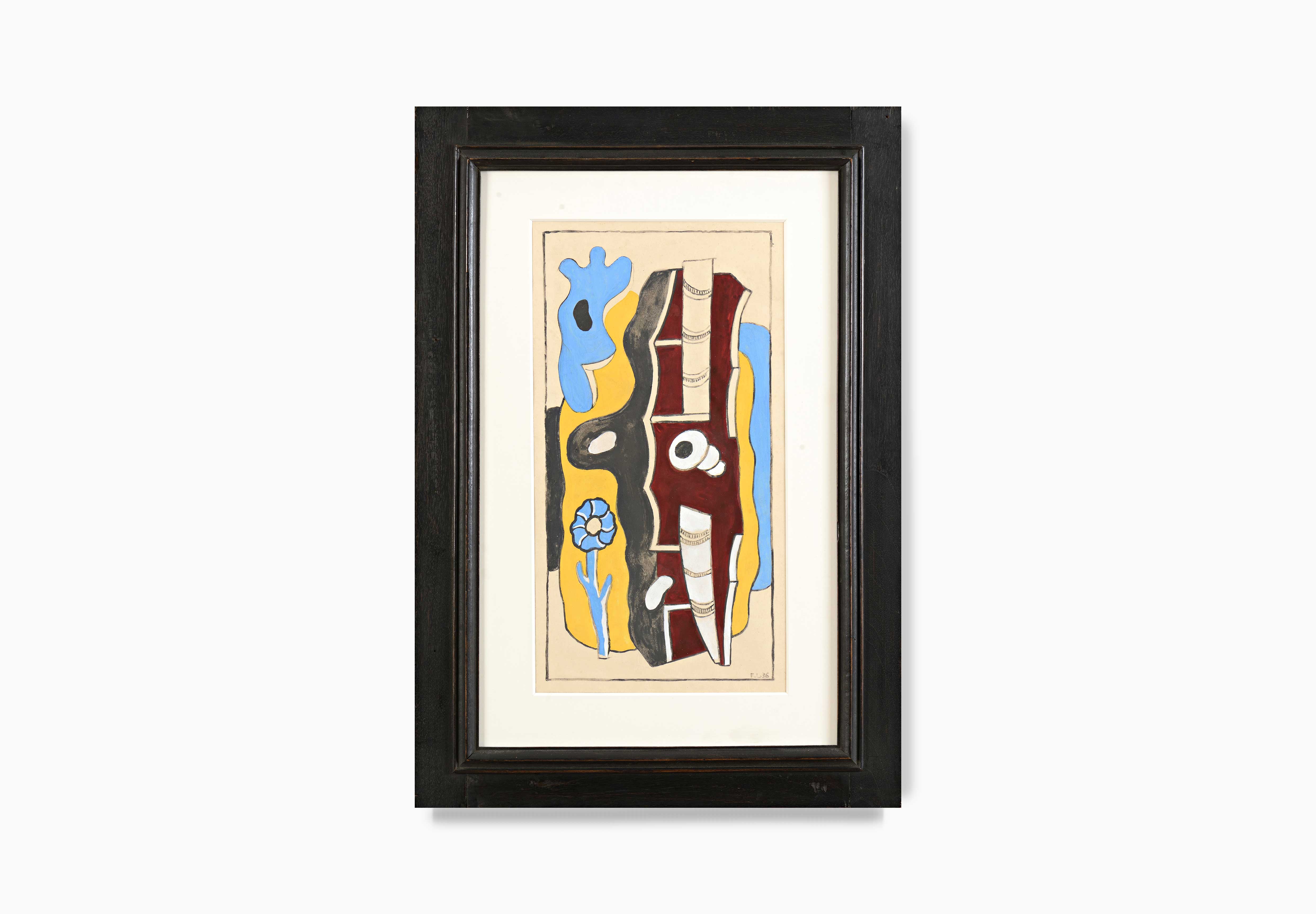 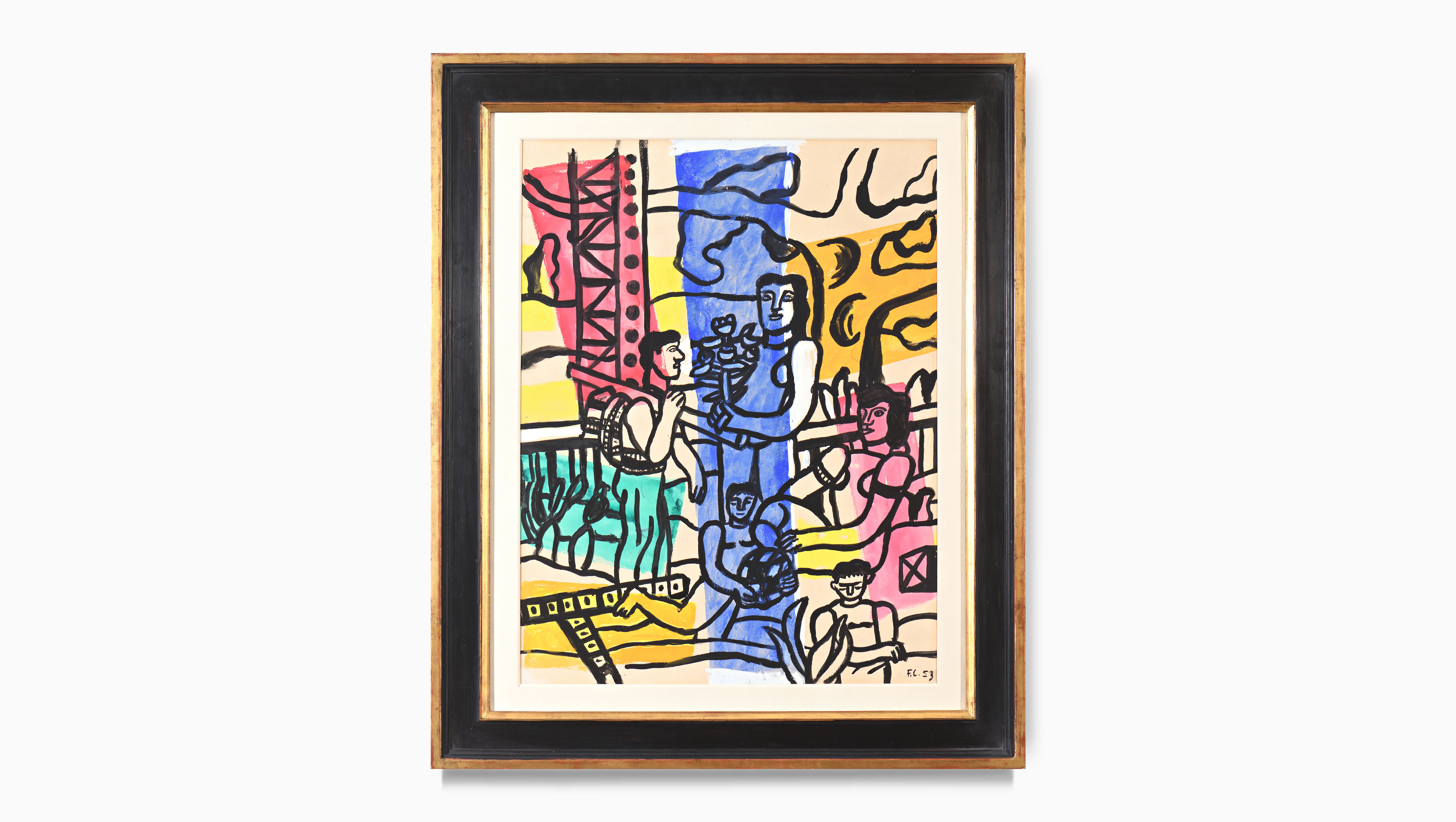 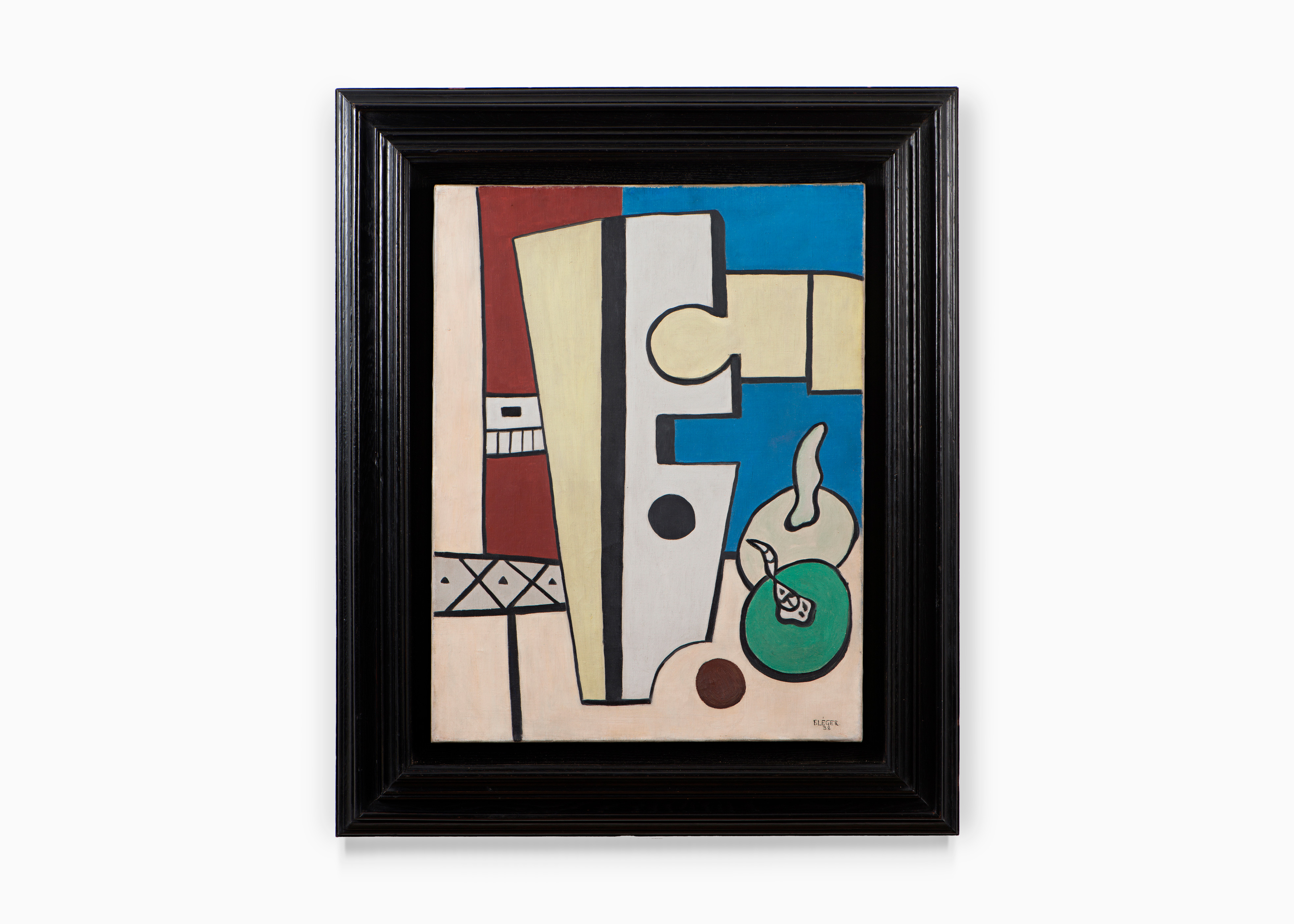 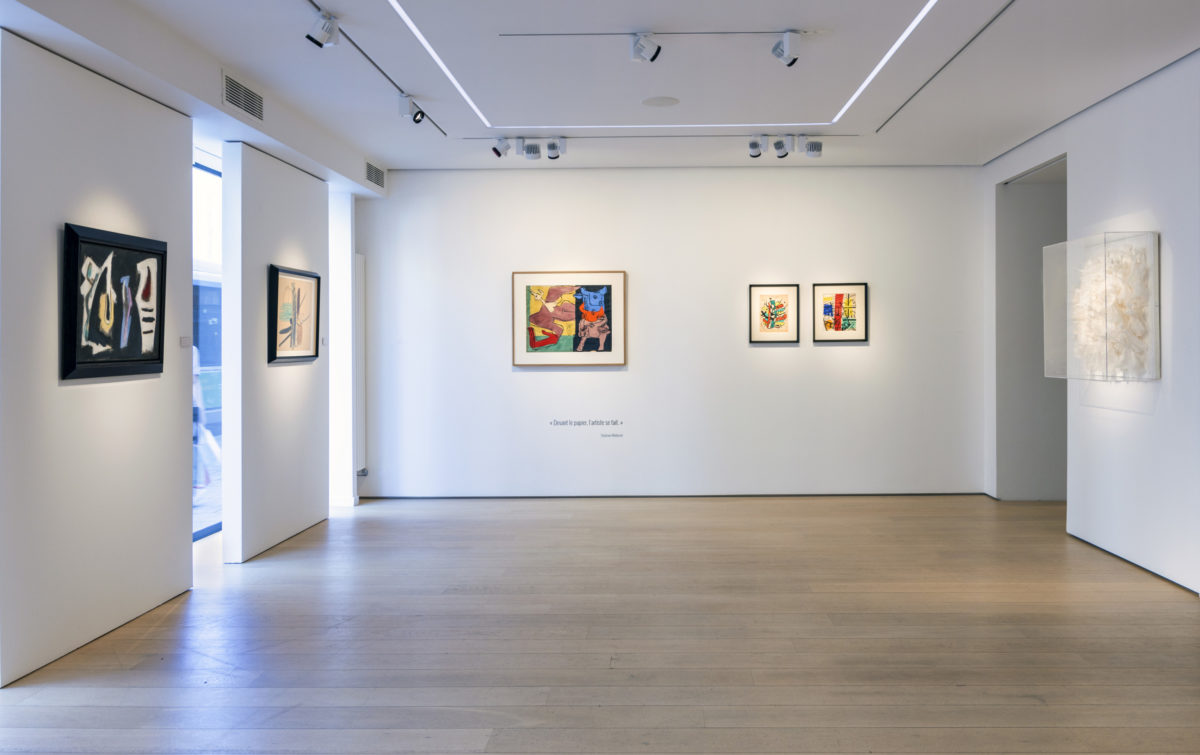 The Galerie A&R Fleury is pleased to be taking part in the 63rd BRAFA, a must-see event at the beginning of the year, by presenting a selection of works of modern and post-war art.

The Musée d’Art Moderne de Paris (MAM) and the Guggenheim Museum Bilbao present a selection of nearly seventy masterpieces by significant artists that illustrates the history of the MAM collection while offering an overview of the avant-garde artistic movements born in Paris during the first decades of the twentieth century. The MAM was built on […] 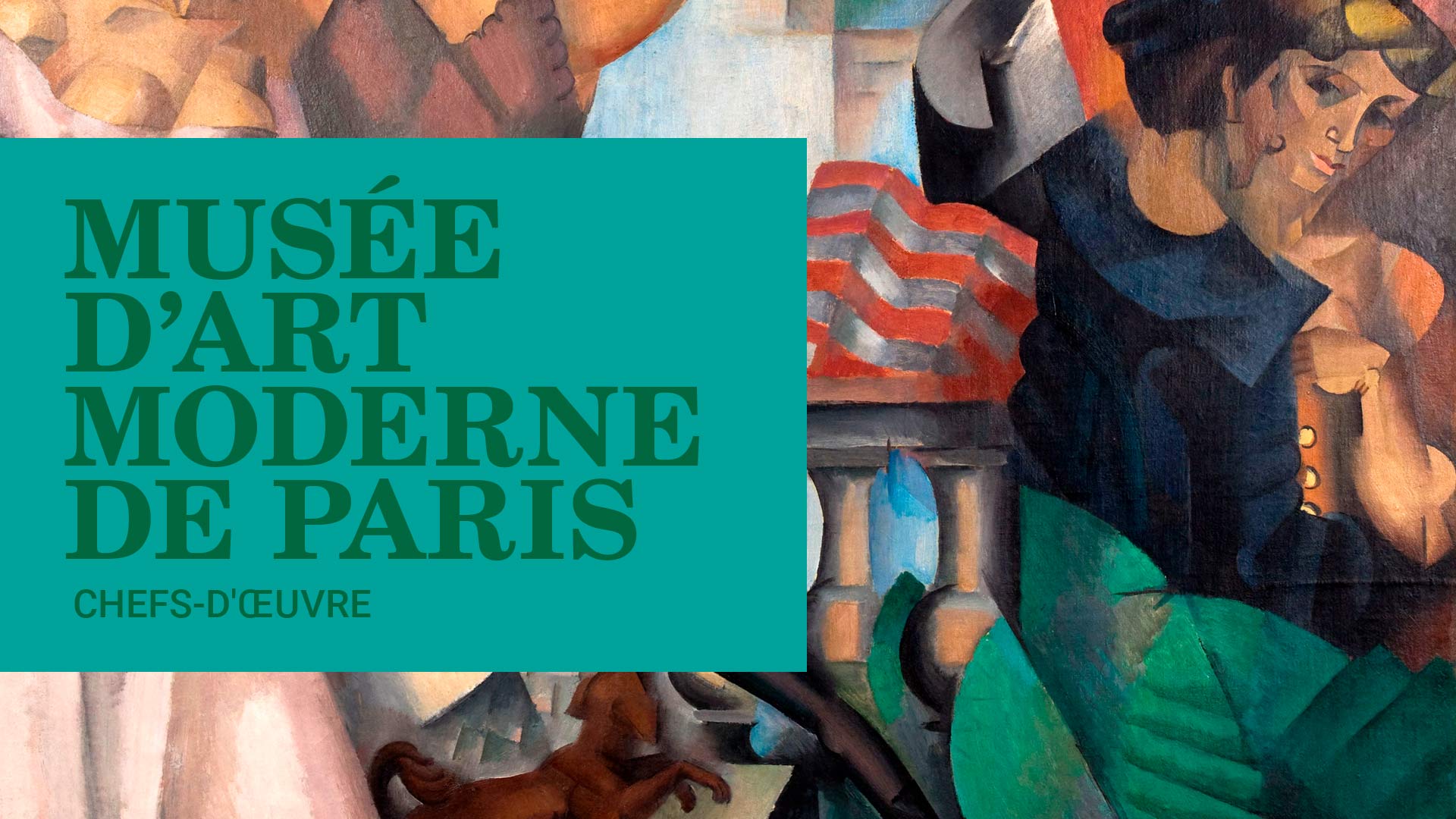 The Musée d’Art Moderne de Paris (MAM) and the Guggenheim Museum Bilbao present a selection of nearly seventy masterpieces by significant artists that illustrates the history of the MAM collection while offering an overview of the avant-garde artistic movements born in Paris during the first decades of the twentieth century.

The MAM was built on the occasion of the historic Exposition Internationale (1937) to be a home to the collections of modern art of the city of Paris, which expanded rapidly in the following years thanks to major acquisitions of works by important artists of the Parisian art scene. However, MAM was only formalized as a museum in 1961. Patrons were an integral source of support for this project, especially Dr. Maurice Girardin, whose museum bequest of 1953 became the nucleus for the collection of modern masters, including the Fauves, Cubists, and representatives of the School of Paris.

Organized chronologically over three successive sections, from the beginning of the twentieth century to the period following World War II, the selection of works in this exhibition presents an historical perspective of the main protagonists involved in these pivotal artistic movements. The exhibition begins with representative works of Fauvism and Cubism, emphasizing those artists whose audacious freedom revolutionized art and changed traditional perception of landscape, human figure, and still life; followed by the generation of international artists who gave birth to the School of Paris during the interwar period; and finally a presentation of artists involved with Surrealism, which was led by the poet André Breton since its founding in 1924 in its historical home of Paris.

Through the present day, MAM continues its dynamic approach to acquisitions through its artistic and cultural policy of gathering exemplary representations of historical avant-garde movements. Many of these works are presented in Bilbao for the first time in this exhibition.