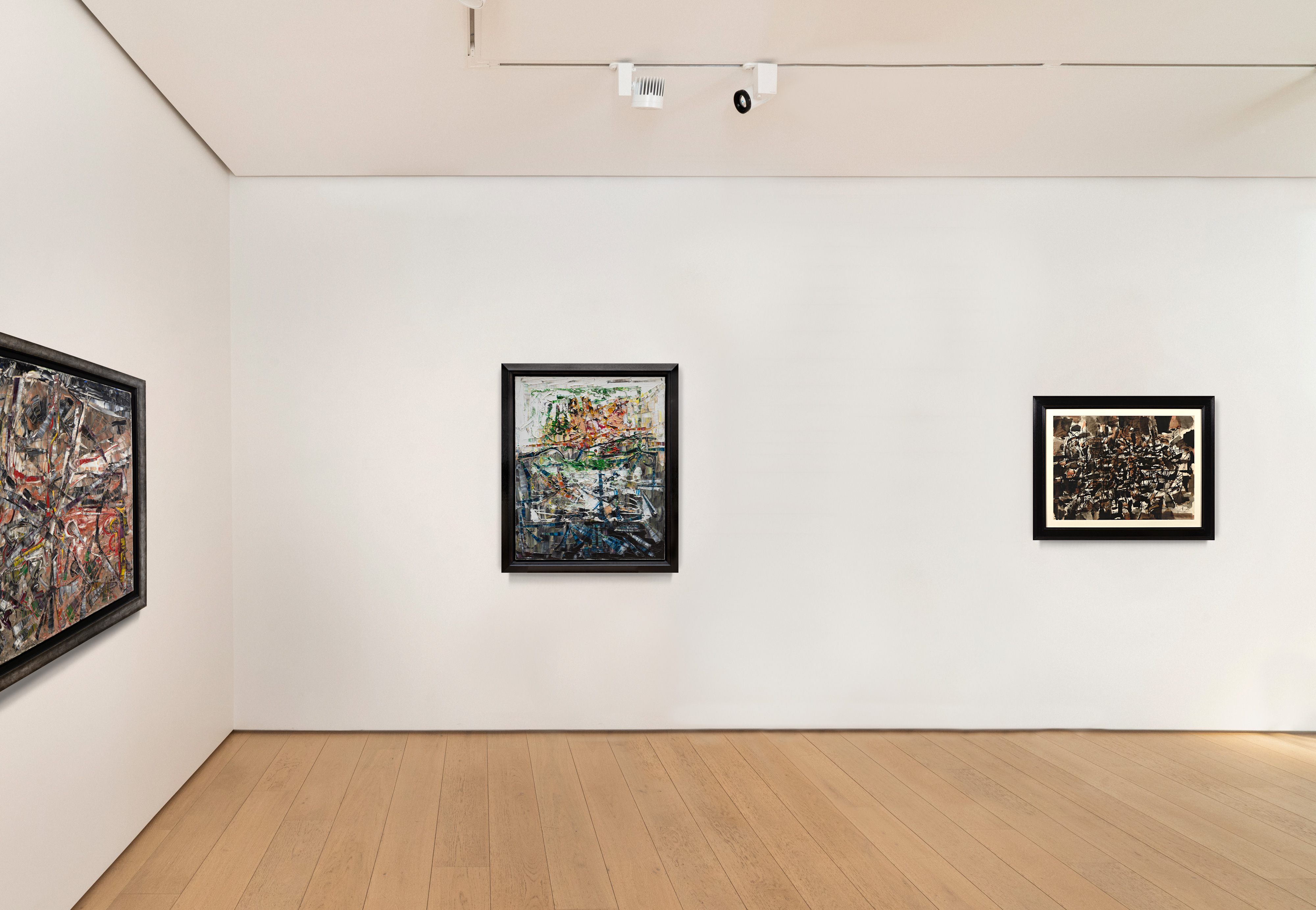 Born in 1923 in Montreal, Jean-Paul Riopelle was one of the major figures in post-war abstract art, and certainly the most important Canadian painter of the twentieth century. He was associated for a time with the Surrealist and Automatist movement. In Paris, where he settled in 1947, he discovered new affinities with the pioneers of lyrical abstraction. Renowned for his mental landscapes, Riopelle expressed himself by means of various media such as painting, sculpture and lithography.

At the dawn of the 1950s, Riopelle’s technique took a decisive turn when he definitively adopted the palette knife and renounced the brush, drawing, figuration, or any form of academicism. This gesture of emancipation had a major impact on his work and marked the beginning of the so-called “mosaic” period and international recognition, which began with his first exhibition at Pierre Loeb’s gallery in May 1953.

By applying pure paint using a spatula, directly out of the tube, Riopelle developed a very particular way of sculpting matter. During the 1950s, to better use a rich, powerfully chromatic material, the artist employed a technique made of juxtapositions and scrapings of paint along the canvas. This evolving use of the spatula translated into different ways of moving the tool, of leaving a trace in the matter, reflecting Riopelle’s tireless spirit of creative exploration.

Based on the observation of nature and landscapes, without ever trying to imitate them, Riopelle’s compositions have a strong immersive dimension. The artist created a world that was eminently personal to him, an evocative spatiality which the viewer is invited to enter in in light of his own sensitivity. When Life magazine called Riopelle “Monet’s heir” in 1957, it was undoubtedly to highlight his filiation with the master of Giverny, whom he admired, and their common way of painting landscapes at the crossroads between figuration and abstraction, sensitive spaces reflecting the interiority of being.

Contributing personally and decisively to the revival of abstraction in the post-war period, Riopelle was a bridge between Paris and New York, the new capital of modern art, fostered by his proximity to American artists such as Sam Francis and Joan Mitchell, who was his companion for fifteen years. This explains the presence of his works in the best contemporary art collections in the world: those of the Centre national d’art et de culture Georges-Pompidou, in Paris, the Guggenheim Museum or the Museum of Modern Art, in New York, the Tate Modern in London and the Musée des Beaux-Arts in Montreal.

“I don’t draw from Nature, I go towards Nature” 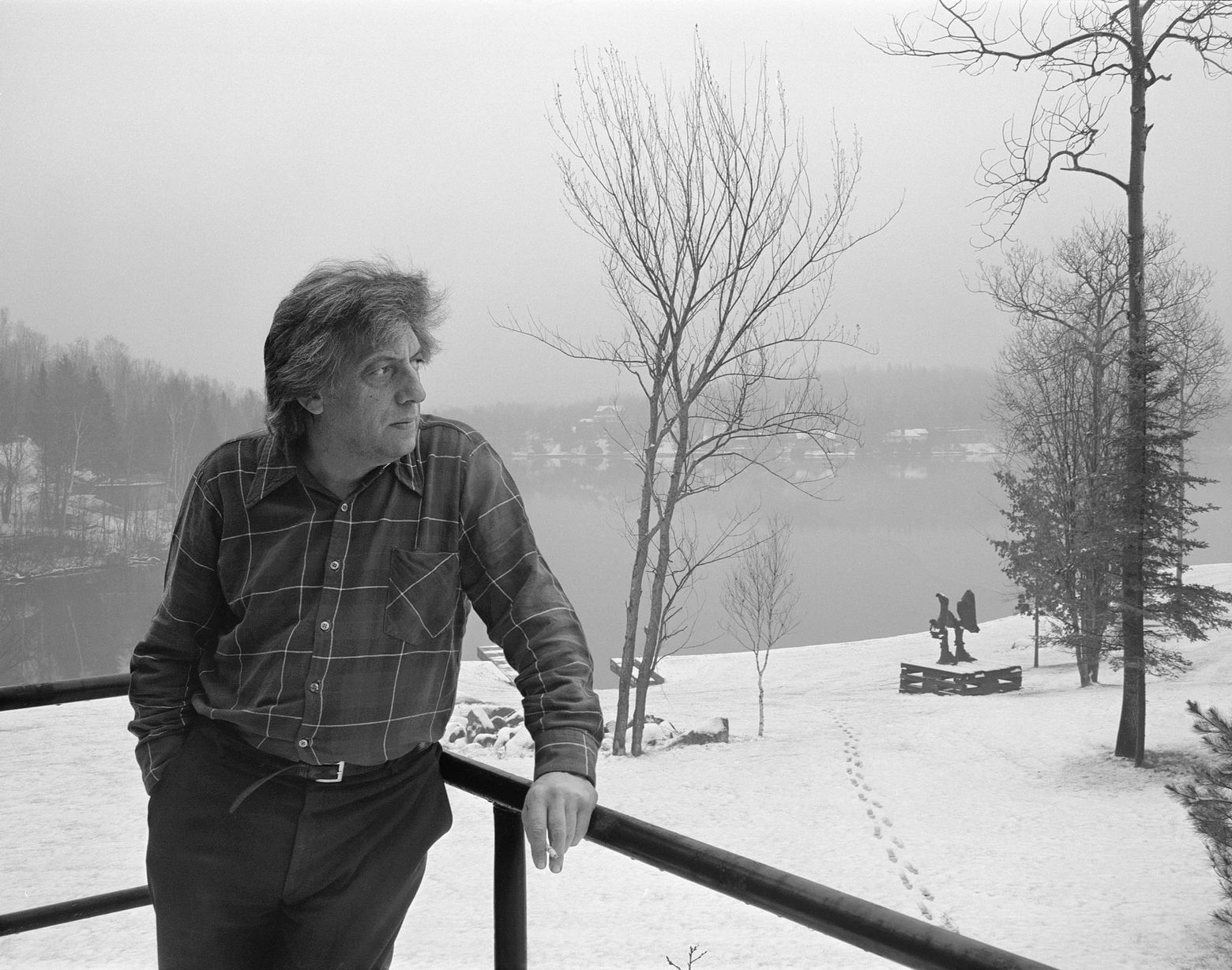 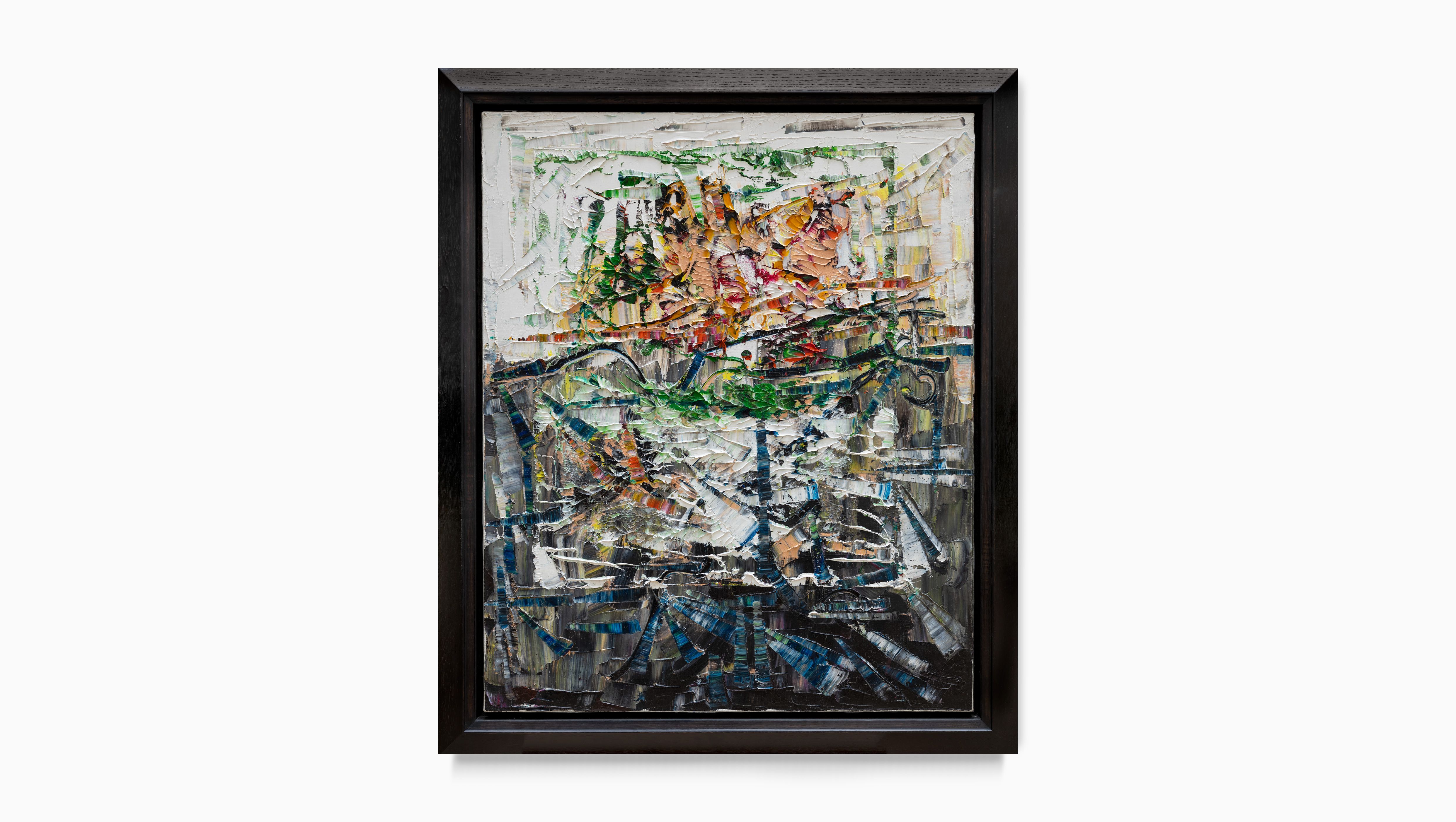 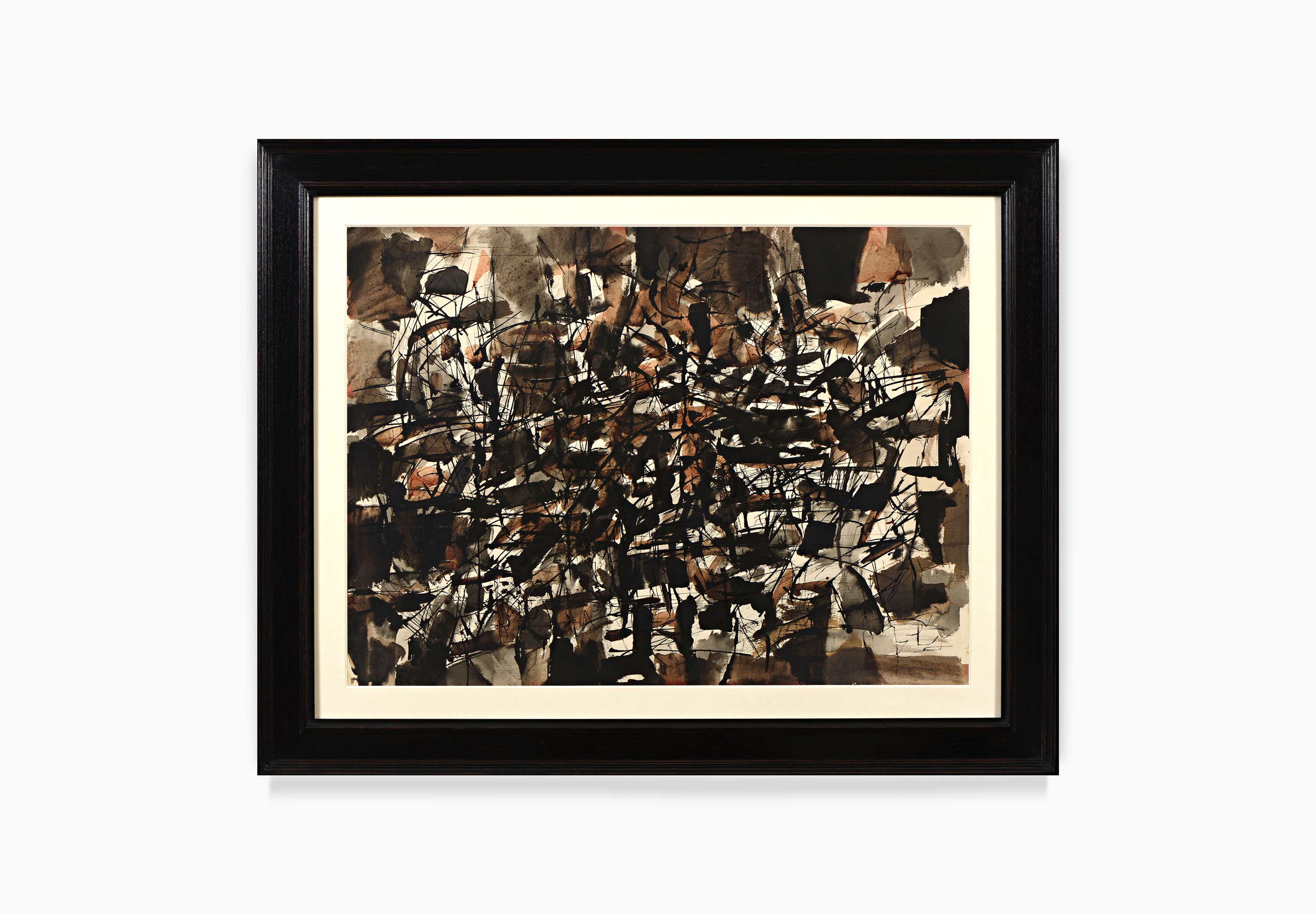 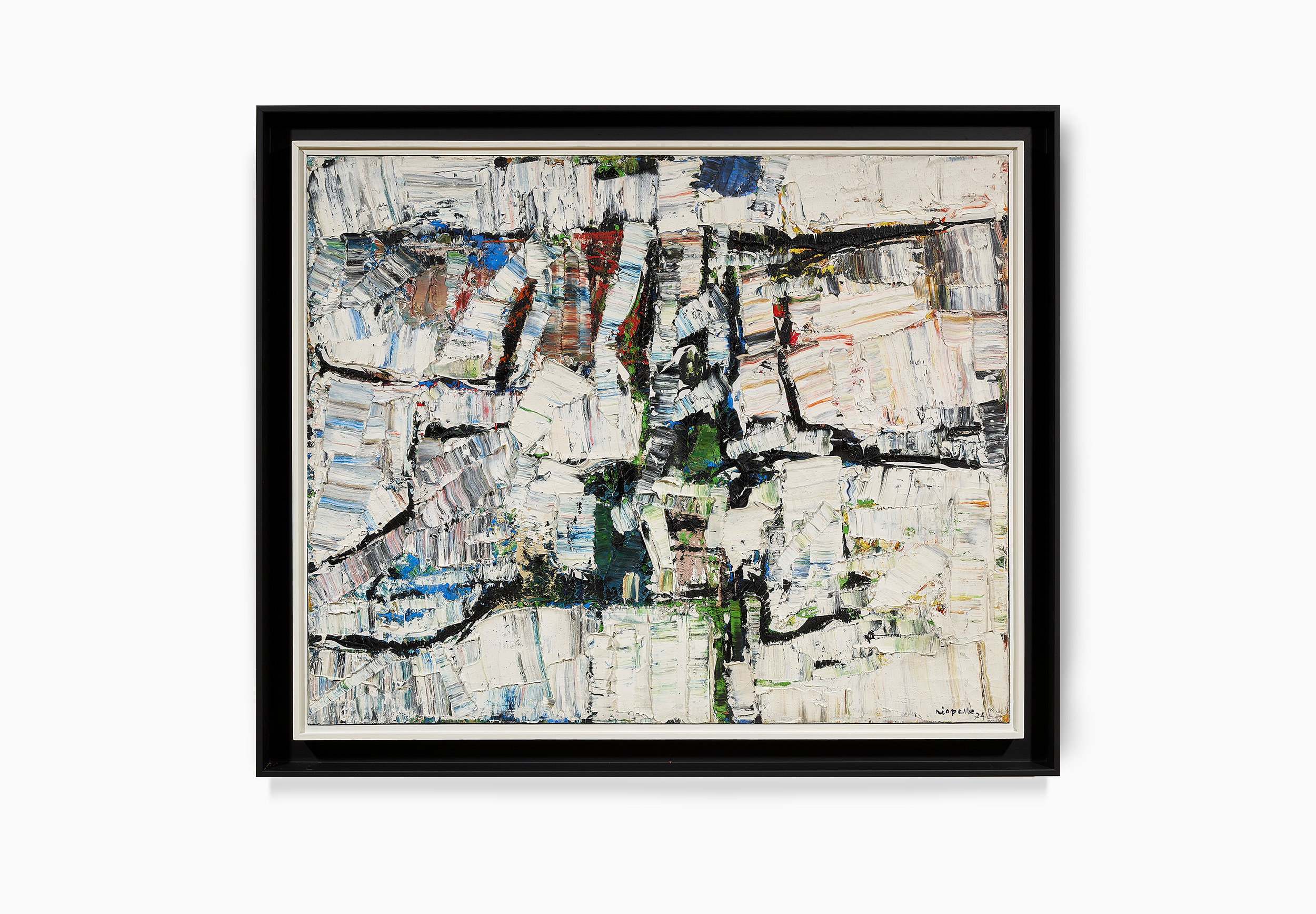 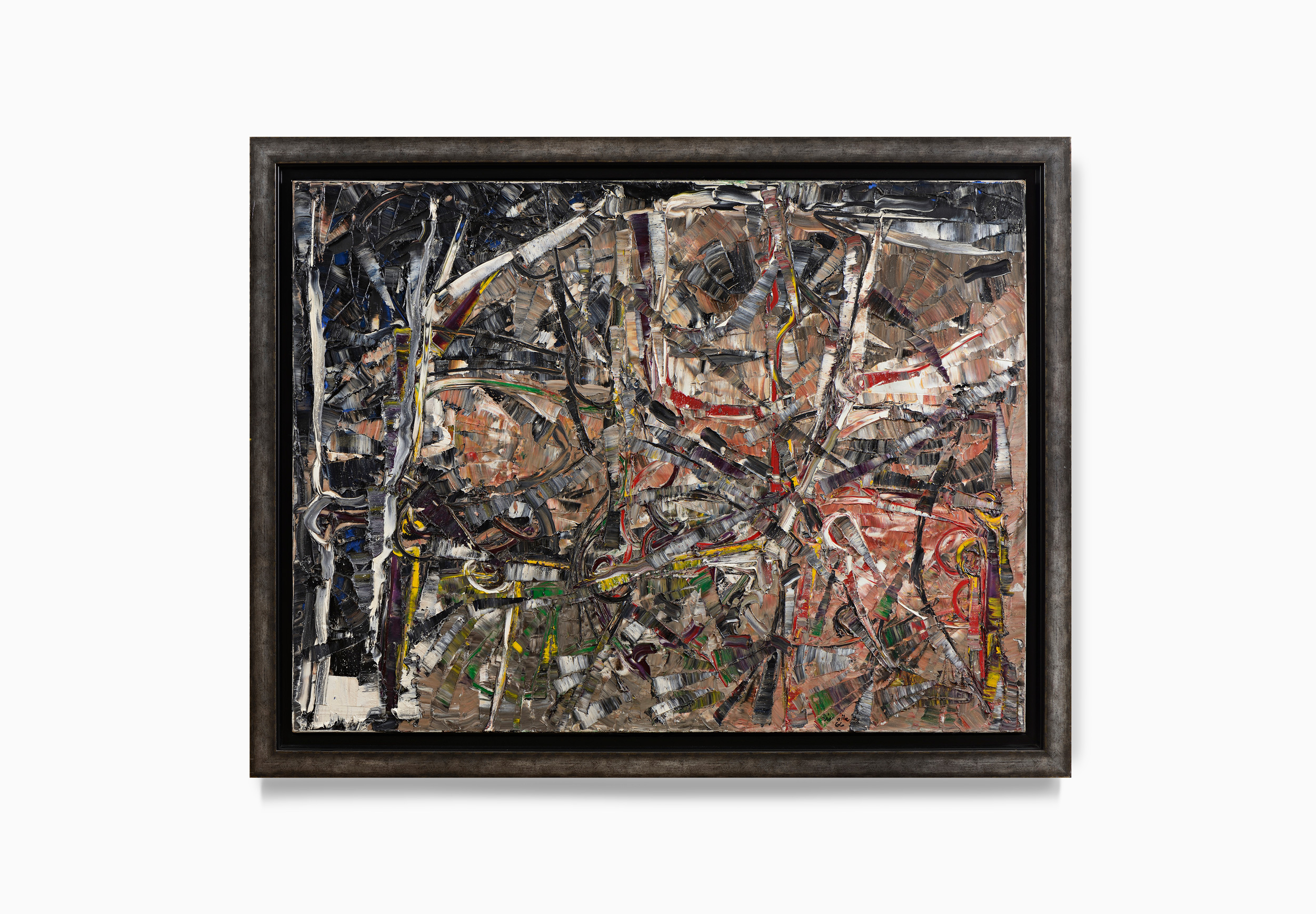 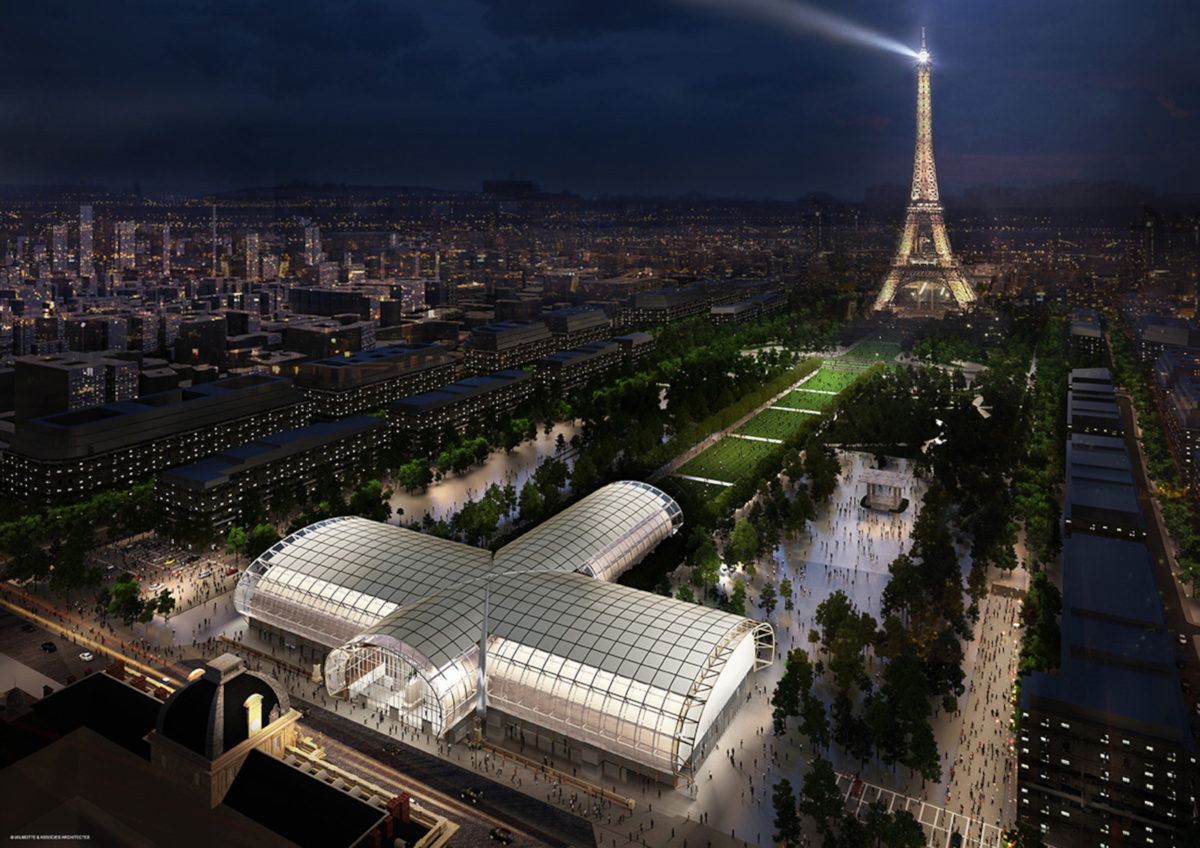 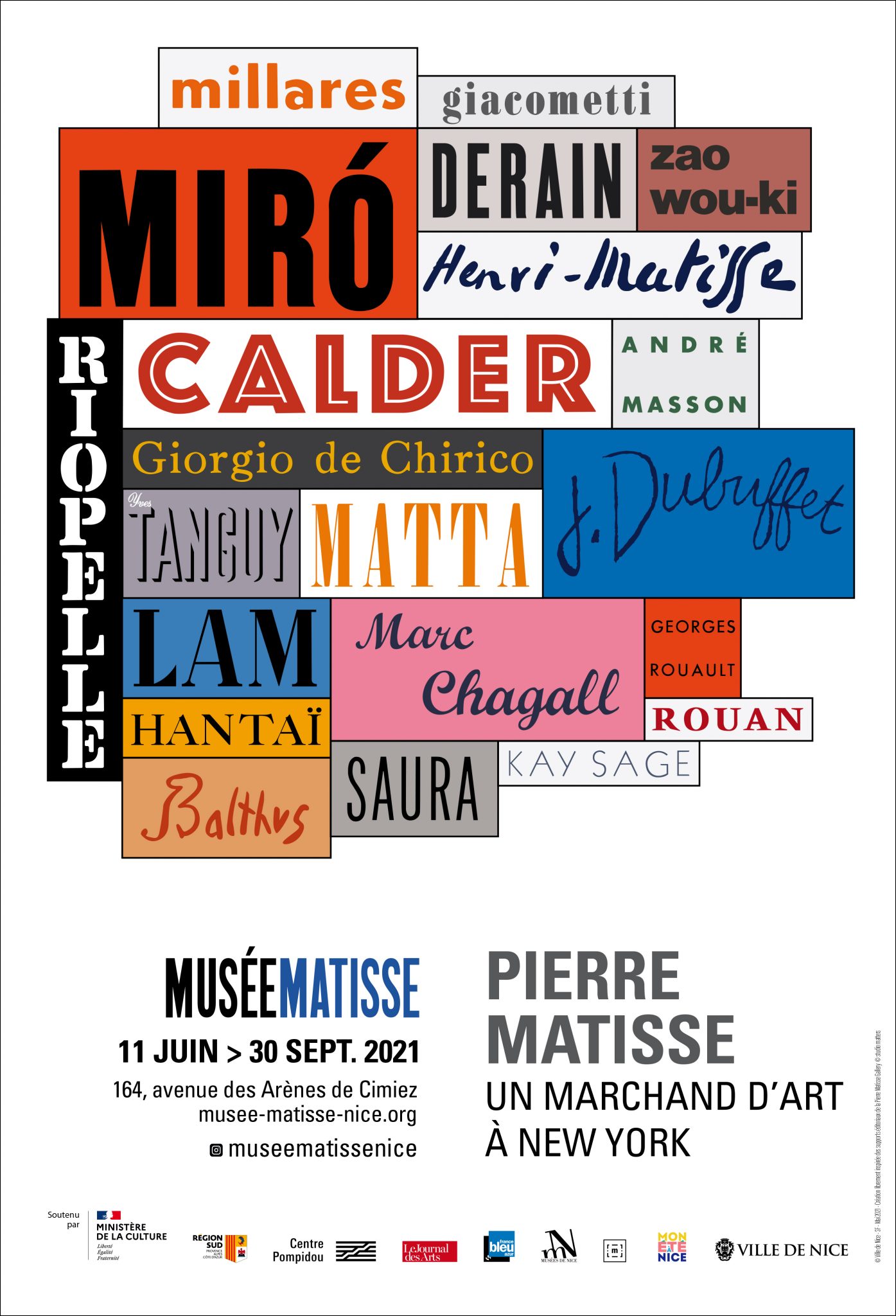 The exhibition United States of Abstraction. American Artists in France, 1946-1964 explores the intense presence of American artists and how they helped redefine abstract art in France at a time when the global geography of art was in upheaval. It is generally considered that Paris lost its status as the art capital of the world […] 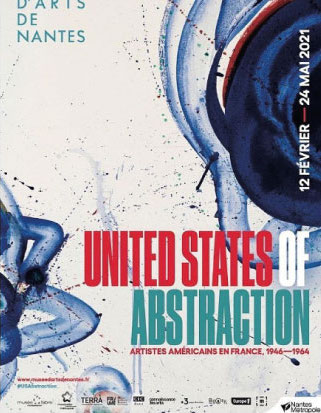 The exhibition is made up of about a hundred works, paintings and sculptures, from public and private collections in Europe and the United States, and is accompanied by numerous documents that provide an insight into the period.

This exhibition is organised in collaboration with the Fabre Museum of Montpellier Méditerranée Métropole which will host it from 6 August to 31 October 2021. 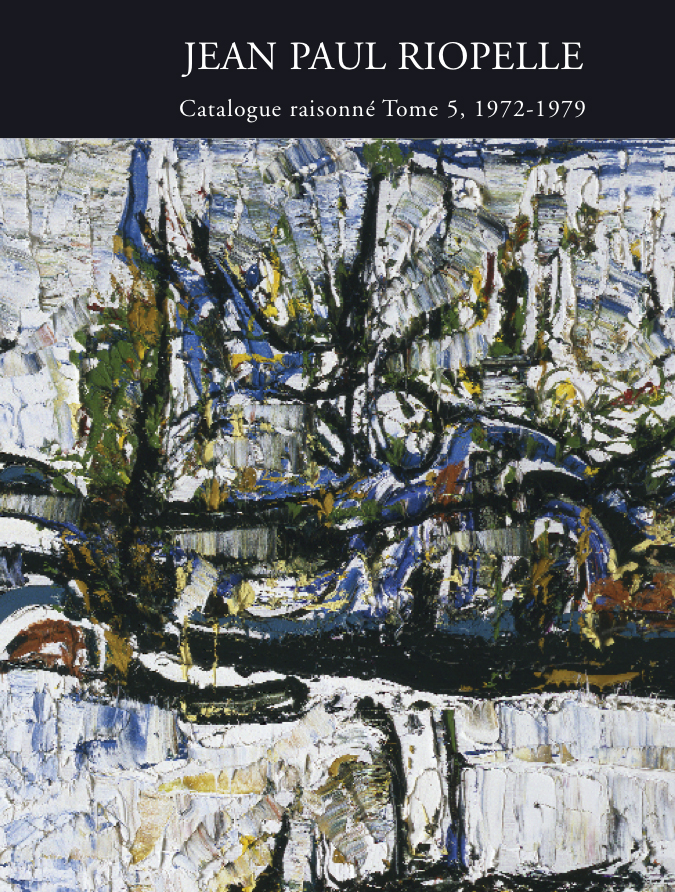 Riopelle, the call of northern landscapes and indigenous cultures

The Montreal Museum of Fine Arts is dedicating a major exhibition to Jean Paul Riopelle (1923-2002), a towering figure in Canadian, Quebec and international modern art. Based on original research, the exhibition explores, the artist’s interest in the North and Indigenous cultures, with nearly 160 works and more than 150 artifacts and archival documents. It […] 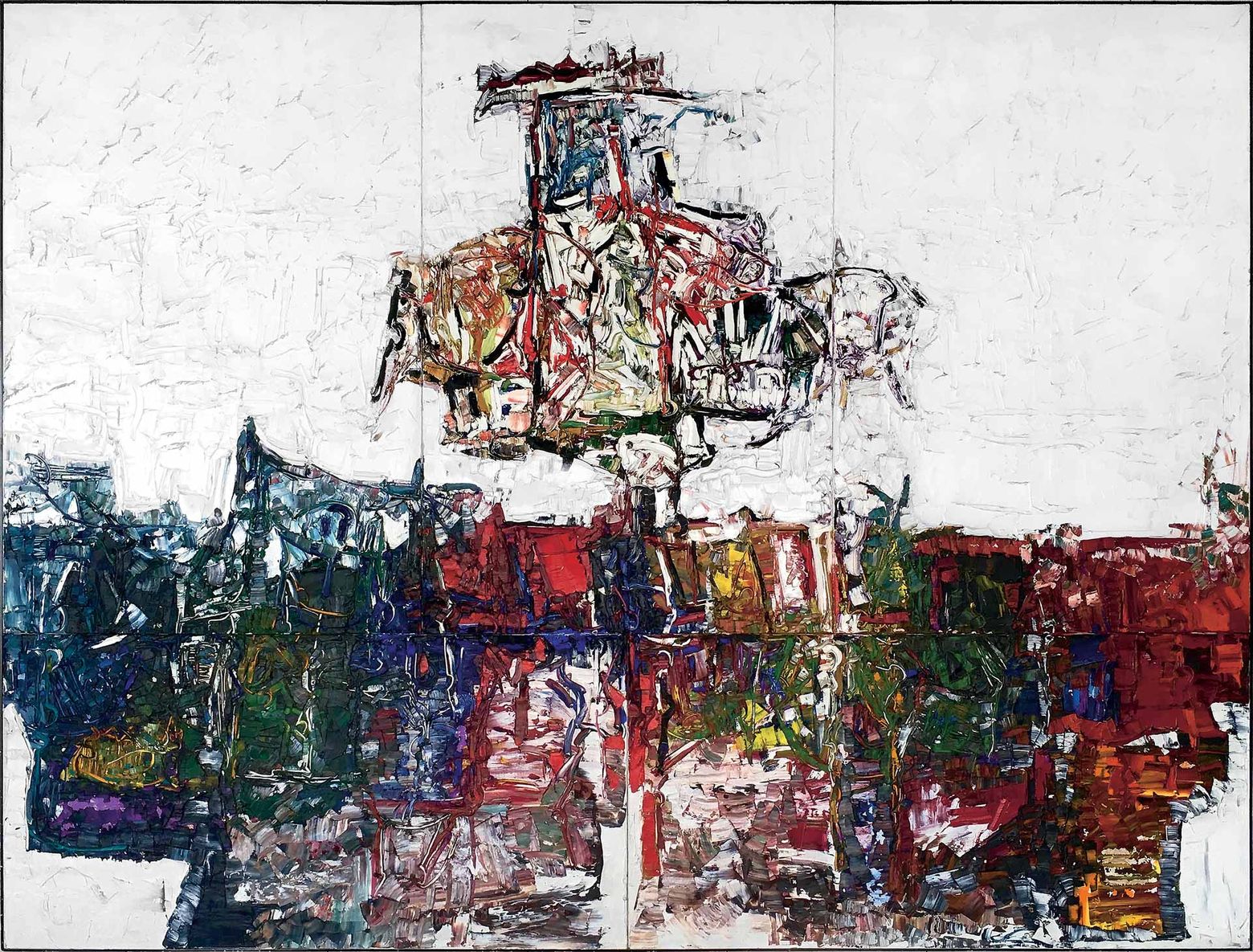 Riopelle, the call of northern landscapes and indigenous cultures

The Montreal Museum of Fine Arts is dedicating a major exhibition to Jean Paul Riopelle (1923-2002), a towering figure in Canadian, Quebec and international modern art. Based on original research, the exhibition explores, the artist’s interest in the North and Indigenous cultures, with nearly 160 works and more than 150 artifacts and archival documents. It sheds new light on the artist’s work during the 1950s and 1970s by retracing the travels and influences that fed his fascination with northern regions and North American Indigenous communities.

The exhibition Riopelle: The Call of Northern Landscapes and Indigenous Cultures reveals an artist imbued with a Surrealist’ interest in non-Western art, as inspired by his friend and collector Georges Duthuit and the writings of anthropologists and ethnologists, such as Marius Barbeau, Jean Malaurie and Claude Lévi-Strauss.

It explores the influence of Riopelle’s hunting and fishing trips with Dr. Champlain Charest by seaplane to Quebec and Canada’s North and Far North during the 1970s, as evidenced in the series Jeux de ficelles (1971-1972), Rois de Thulé (1973) and Icebergs (1977). Using an intercultural approach, the exhibition offers a parallel between Riopelle’s works and some of the sources that inspired him, in particular a selection of Inuit masks and works of Pacific Northwest coast First Nations. 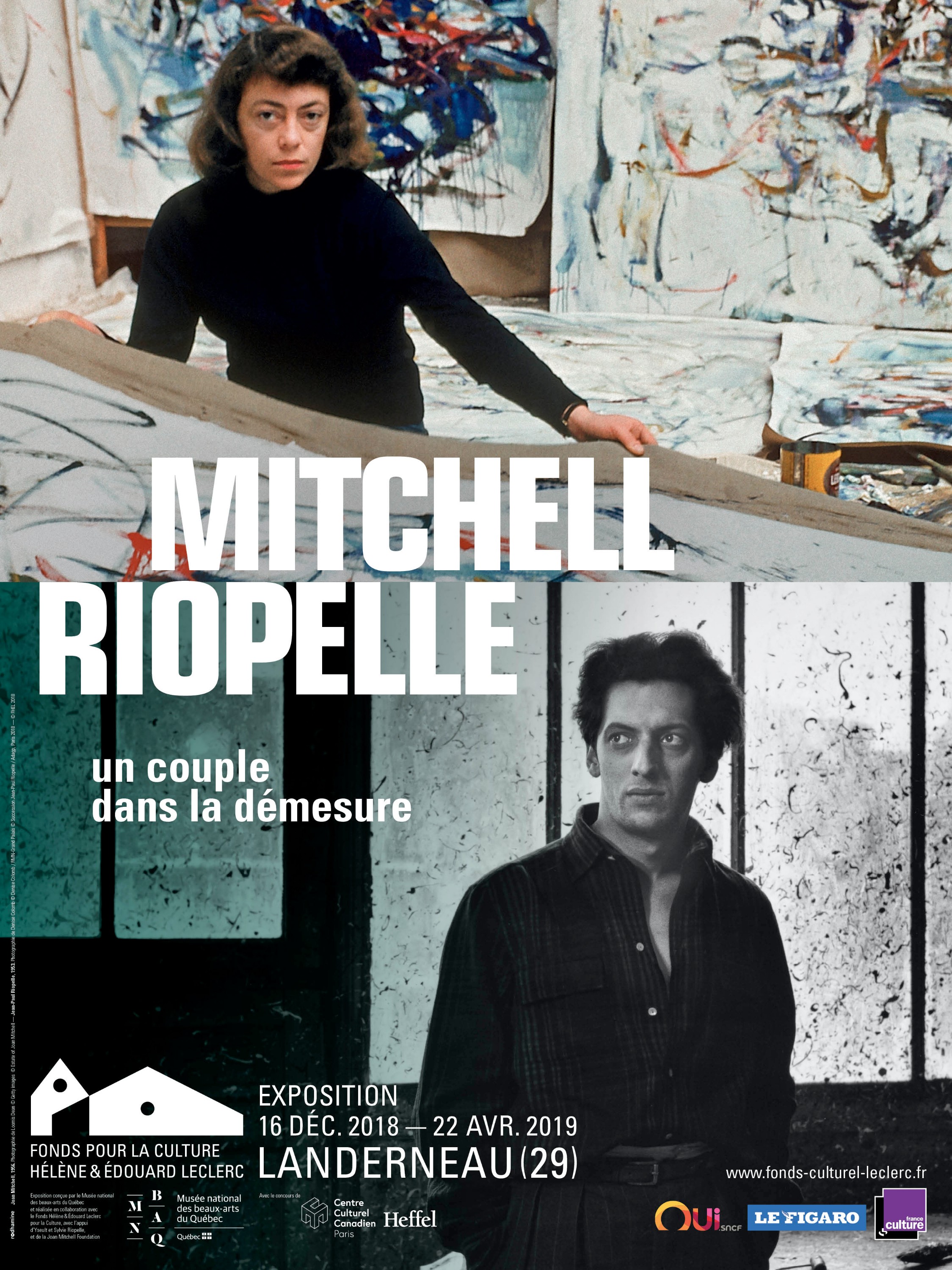 A CELEBRATION OF TWO GIANT PRACTITIONERS OF MODERNITY Some 60 majors works have been assembled to examine their respective artistic careers in terms of their relationship, from their first meeting in 1955 until their separation in 1979. Designed by the MNBAQ and organized in partnership with the Art Gallery of Ontario (AGO), supported by the […] 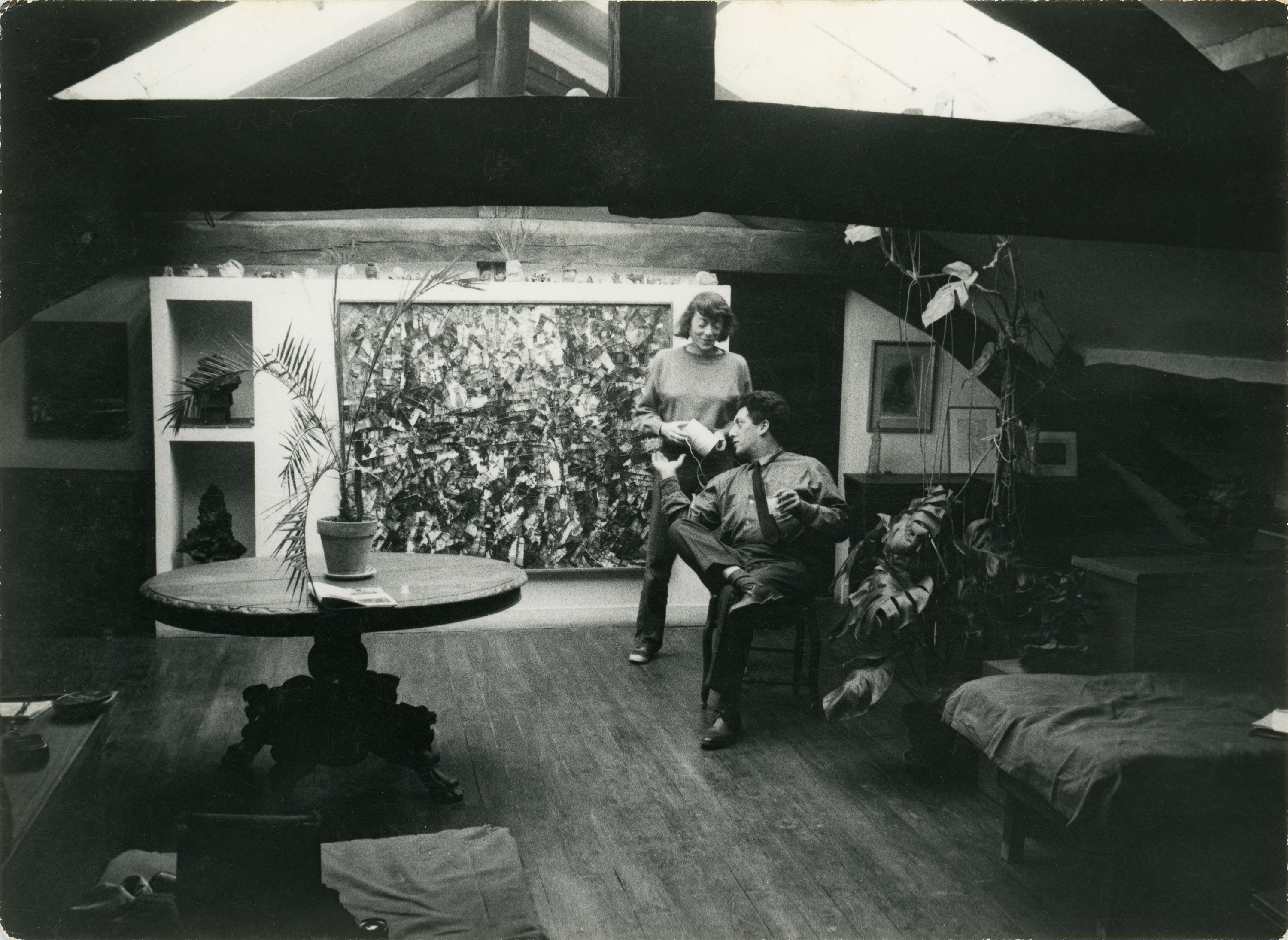 A CELEBRATION OF TWO GIANT PRACTITIONERS OF MODERNITY

Some 60 majors works have been assembled to examine their respective artistic careers in terms of their relationship, from their first meeting in 1955 until their separation in 1979. Designed by the MNBAQ and organized in partnership with the Art Gallery of Ontario (AGO), supported by the Joan Mitchell Foundation in New York and the Estate of Jean-Paul Riopelle in Montréal, the exhibition mainly presents large-format paintings, a number of works on paper and archival documents from more than 30 French, Canadian and American lenders, private and museum collections. The presentation explores how the two artists, who shared their lives for nearly 25 years, in Paris, then in Vétheuil in the Seine valley, developed a studio practice and a distinctive body of work while sustaining a broad dialogue focusing on abstraction. Their tastes for the impressionist heritage, nature and a form of provocation certainly drew them together. Their deeply singular conception of painting and work methods were entirely shaped by their romantic relationship.