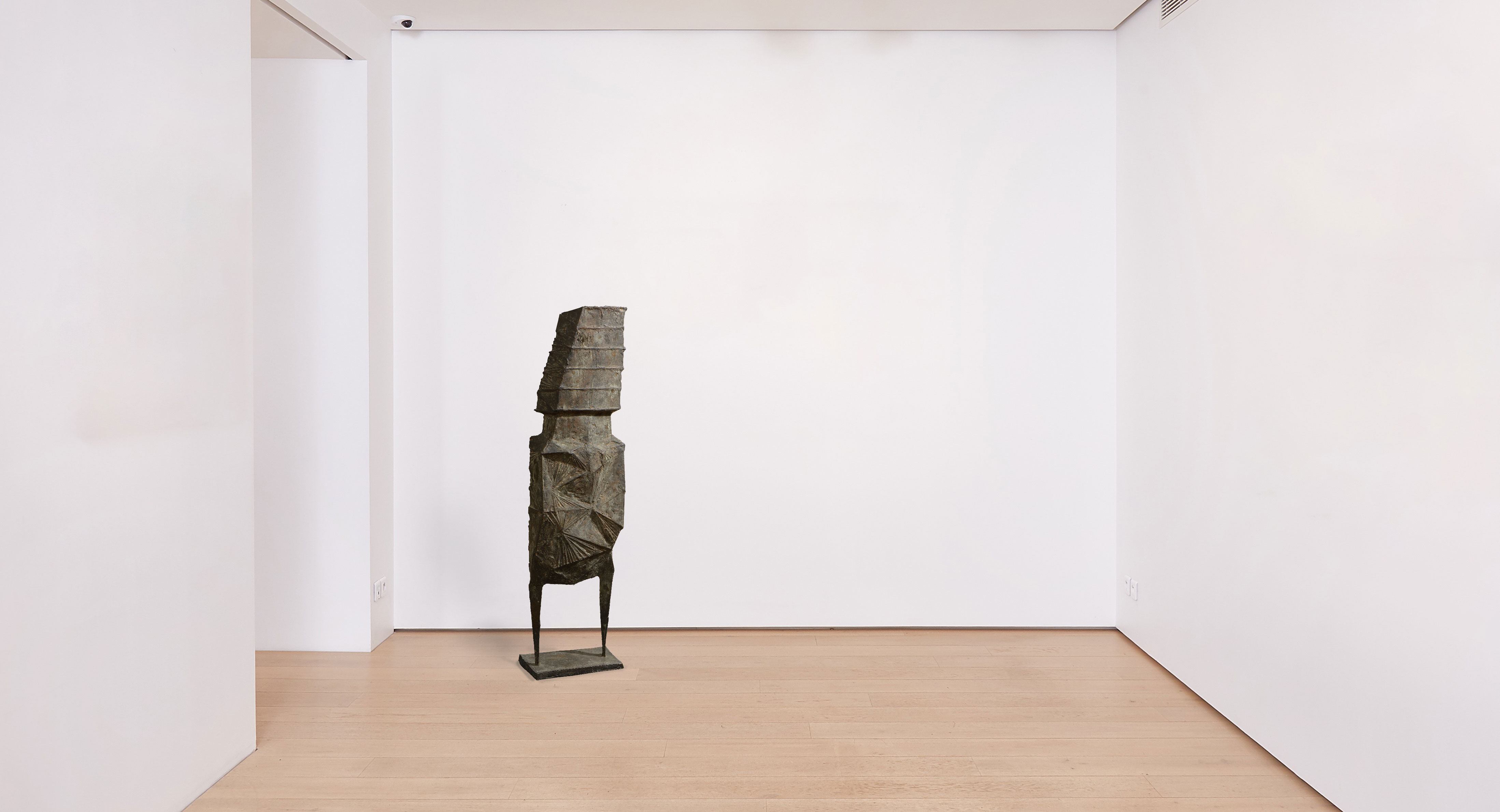 Lynn Chadwick was a key figure in twentieth-century British sculpture, alongside Henri Moore and Barbara Hepworth. He achieved immense post-war success by developing an art between abstraction and figuration, a formal language made of geometric shapes, and populated with objects, human figures and mysterious animals.

Born in 1914 in Barnes, Chadwick studied at the Merchant Taylors school in London and worked as a draughtsman in several architectural firms until 1939. The influence of this first activity is perceptible on the sculpture he began to produce at the end of the war, which is particularly built and structured, multiplying the allusions to modernist architecture.

Chadwick’s first sculptures were mobiles made of wood and aluminum wire that moved freely with the wind. He presented them in his first solo exhibition at the Gimpel Fils gallery in London in 1950, which met with critical success and encouraged him to continue his research. Having learned to weld, Chadwick began to create multi-faceted metal frames that he filled with stolit, a composite material made of plaster and iron filings. These models were used to cast bronze sculptures painted in black or patinated to reproduce the colour of the stolit. The rough aspect of the bronze and the network of visible lines take the appearance of a skin preserving the memory of the armature, a sort of skeleton which preceded its realisation. Later, when the very physical work of welding and applying the stolit became too difficult, Chadwick discovered polished steel. He subsequently made sculptures with pure and smooth shapes, making full use of the possibilities of light play offered by this new material.

Chadwick gave shape to disturbing, angular beings, simultaneously men, birds and praying mantises. His work bears witness to the torture and anguish experienced during the Second World War (the critic Herbert Read speaks of “the geometry of fear”). He took “Man as the starting point” and executed great bronze characters, sitting, standing or walking. Their closed faces are formed by a triangle when they are female and an oblong when they are male. In the 60s, he became interested in ready-mades and presented abstract figures: groups of colourful pyramids made of wood and Formica. From 1980, he began to synthesise these two cycles.

Chadwick won the sculpture prize at the Venice Biennale in 1956, beating the favourite, Alberto Giacometti. At the time, he was the youngest artist to have been awarded this distinction, which paved the way for international recognition. In 1964, he was appointed a Commander of the British Empire. His successes led to numerous public commissions that allowed him to express himself on a large scale. In order to oversee the production of his works, Chadwick opened his own foundry in the early 1970s at Lypiatt Park, his residence in Gloucestershire.

A major retrospective at the Tate Britain in 2003-2004 showcased the originality of Chadwick’s production, whose works are part of the major collections of modern art, including MOMA in New York, Tate Modern in London and the Pompidou Centre in Paris.

“It seems to me that art must be the manifestation of some vital force coming from the dark, caught by the imagination and translated by the artist’s ability and skill. Whatever the final shape, the force behind is… indivisible. When we philosophise upon this force, we lose sight of it. The intellect alone is still too clumsy to grasp it.” 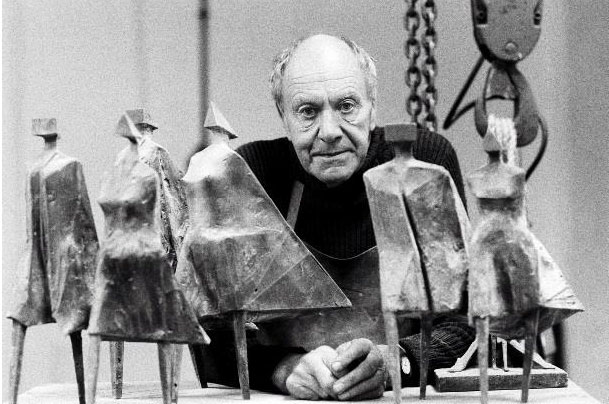 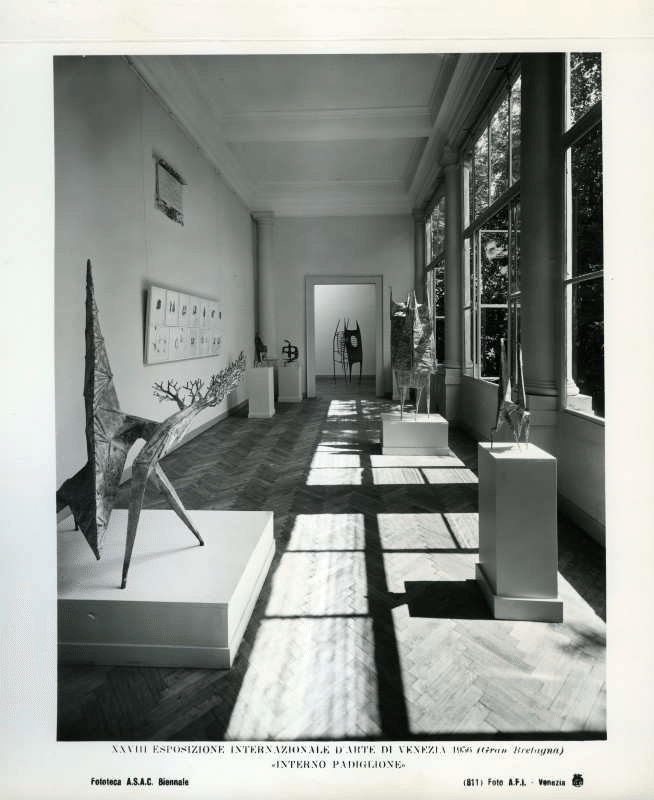 Lynn Chadwick took part in his first Venice Biennale at the British pavilion in 1952. In 1956, at the age of 42, the sculptor returned to the Venice Biennale where he presented 19 sculptures and 24 drawings. On this occasion, he received the International Sculpture Prize. He remains the youngest sculptor to have won this distinction. It was during this event that Chadwick and his contemporaries presented their new style of sculpture using iron structures and scrap constructions that emphasise lines and shapes.

“Chadwick was one of the revelations of the Biennale. Notwithstanding the distinguished and very original quality of his imagination, one is foremost impressed by the beauty and sensitivity of the execution.” 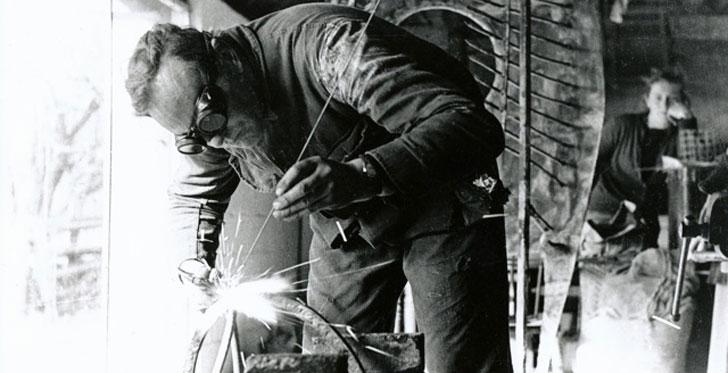 Lynn Chadwick welding in his studio. © Photography by David Farrell 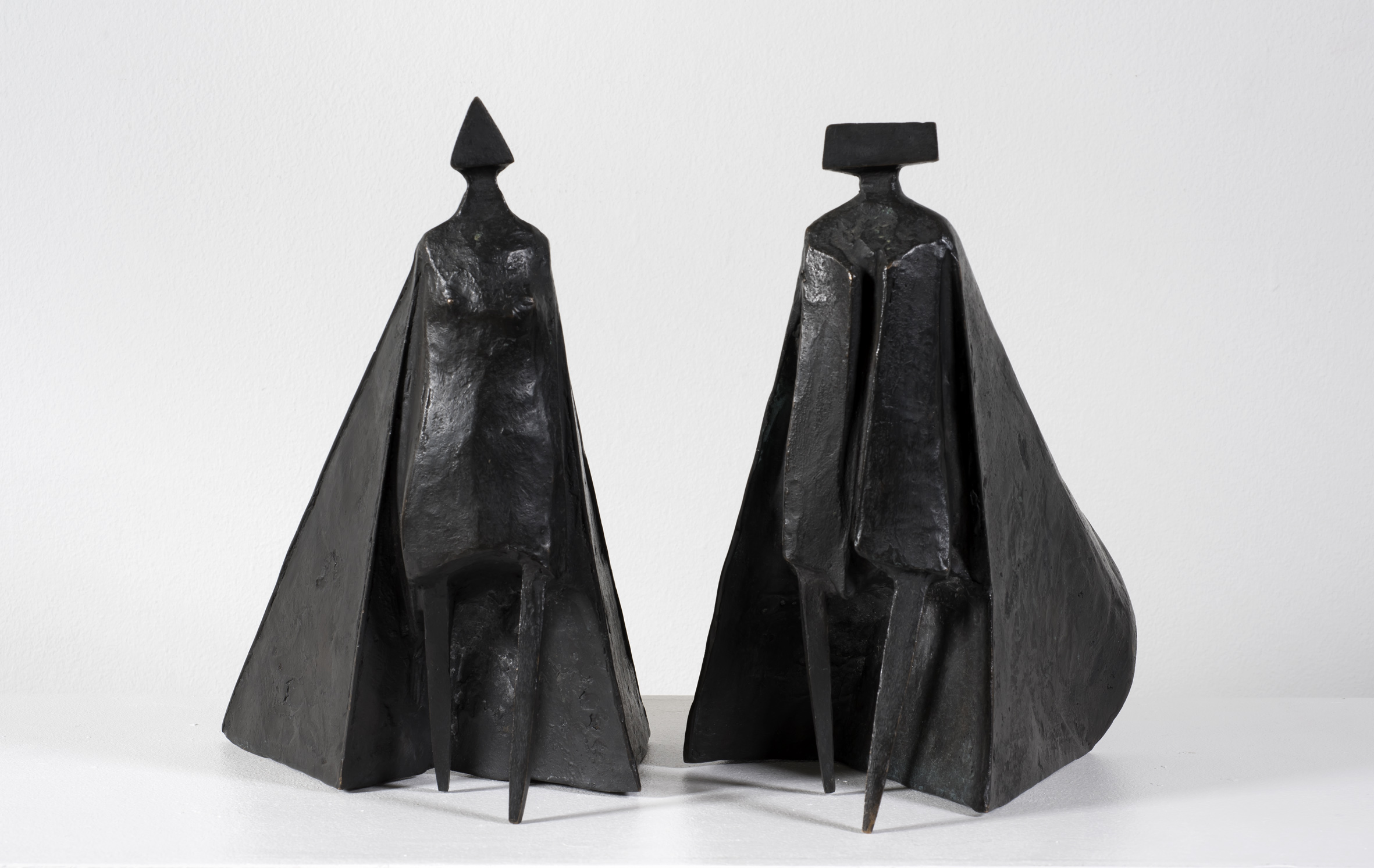 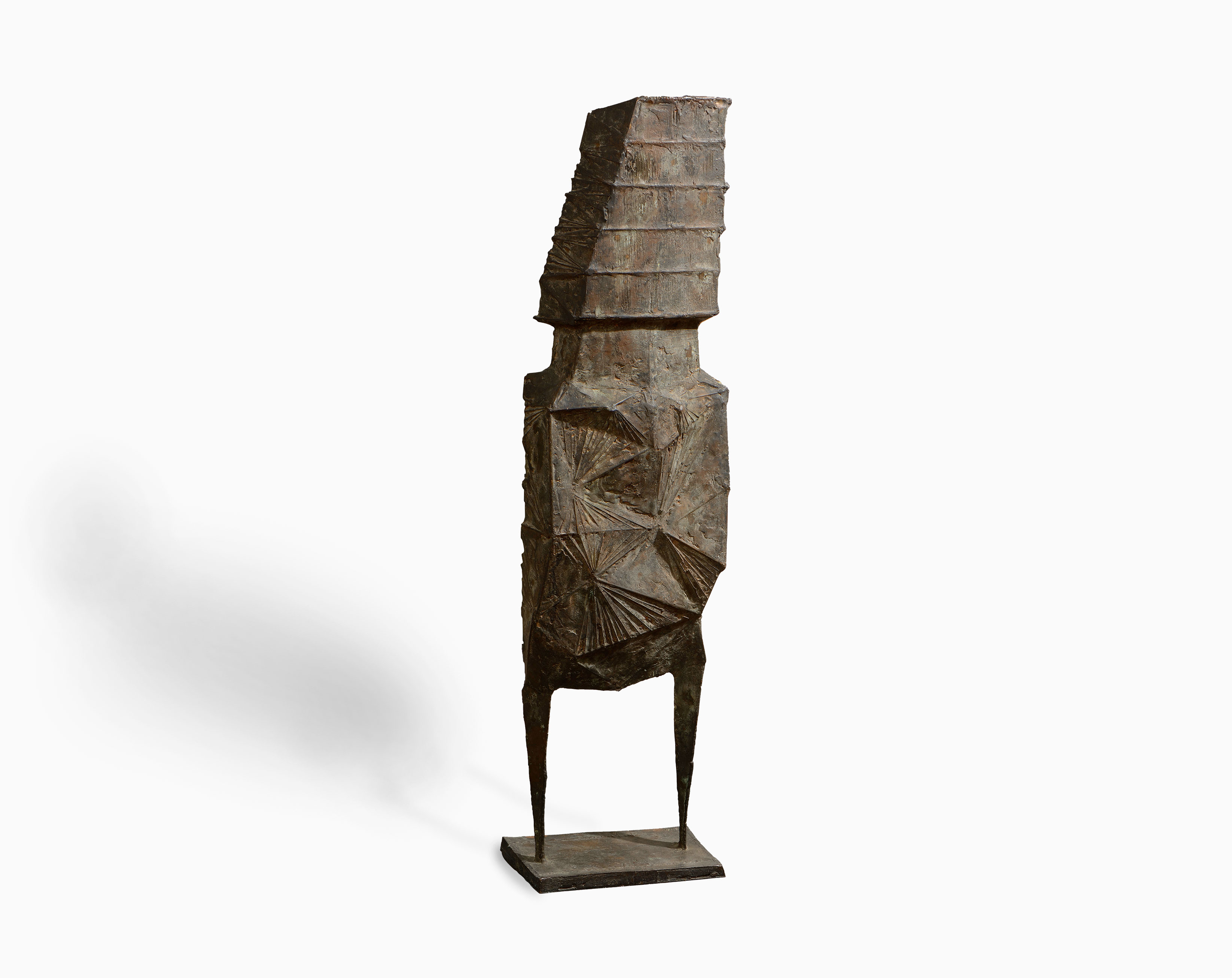