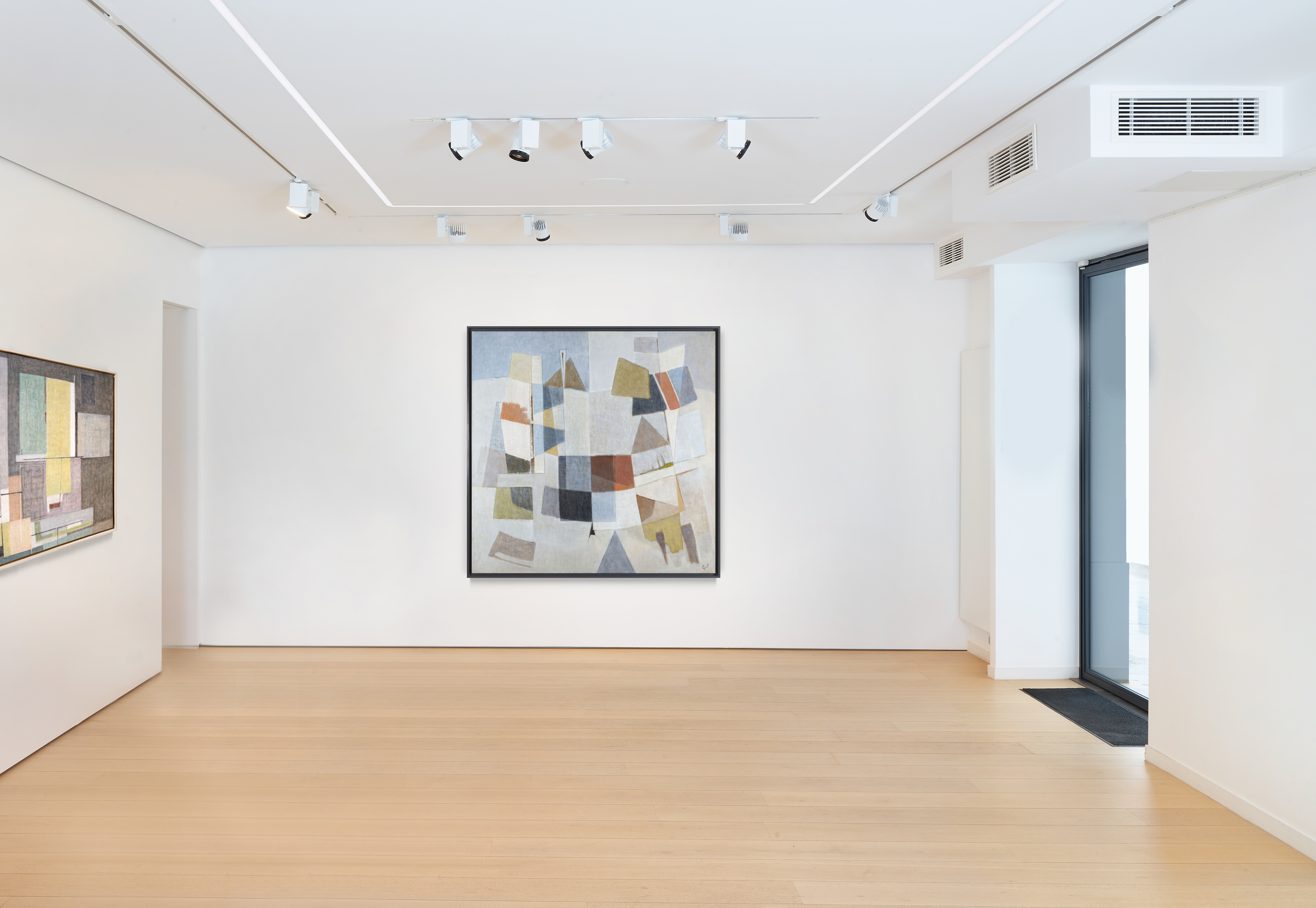 Geer van Velde’s painting radiates a subdued sensibility and a silence that slowly imposes itself on those who look at it. And yet, Samuel Beckett, his faithful friend, wrote that his painting “is excessively reticent,” and that it “acts by irradiations which one senses are defensive.” However much it may have been thought out, it was no less porous to the life it fertilised, a life spent in solitude to preserve a fervent, introspective work, closed in on itself. The artist conducted his serene and luminous work by withdrawing from the world, in “a merciless struggle,” as he confided. A battle he engaged in early on with the canvas, animated by a consciously-exercised asceticism. This dealt with the perception of the image as an objective reality, where the purpose of the painting is to break with this represented image, in favour of the luminous and yet invisible spatial exteriority. A long quest that passes through the successive states of an “object” until it stabilises in space.

For Geer van Velde, exteriority is interiority. He started from the exact forms of the image, in which he was not seeking expressiveness so much as modulations to reach invisibility, which became tangible in turn. This is the heart of Geer van Velde’s dialectic: “the essential thing is not what is visible, but our inner world. Invisible, one might even say non-existent.” There is the before and after of a process of the succession of invisible states to produce a shift of the image towards an invisibility of things, until this invisibility, in turn, becomes a reality. After years spent in Cagnes-sur-Mer between 1939 and 1944, Geer turned to abstraction, searching for harmony and fullness, without renouncing the observation of the motif.

The painting entitled Mediterranean, from 1946, which is again connected to the Matissian universe, marks an irreversible turning point. In the serene-looking studio in Cachan, the painter engaged in a struggle that isolated him for days at a time. “Being unhappy is a private luxury.” His work takes on its meaning in this transmutation of planes that break and reform before our eyes, intermittent moments where time is thought of as space, where silence is born of resonances. The ritual was immutable. Geer van Velde began by tracing the great rhythms and masses in charcoal, before covering the canvas with a thin layer of zinc white oil paint, applied without a diluent, which let the charcoal traces show through. Then came the stage of glued newspapers, to absorb the oil, which made the canvas resistant. The artist then worked on it in slow motion, submitting himself to the substrate. His simultaneous practice of drawing accompanied his conquest of precarious visual balances, a consequence of his questioning of the traditional Albertan perspective, with the double theme of the studio and the landscape, following Bonnard, whom he had met in the Midi.

With the cycle of the great Ateliers (1948-1952), the work of drawing reinforces the structures, which are ordered by the play of coloured planes, and confirms his predilection for verticality. This is to be interpreted as a metaphor of a man standing, on the point of falling, in the same way as the paint, applied every day on the canvas, risks imbalance. A vibrant line surrounds the planes, which are animated by subtle relationships of tones in a palette that acquires autonomy by multiplying cold shades: blue, grey, pink, light purple. For the artist who referred to the thought of Lao-Tzu, the studio, as a laboratory, an intimate place and a creative melting-pot, became the source of a constant meditation on his relationship to the space around him.

In the 1950s, his compositions crystallised his subject: Interiors, in which backgrounds and shapes intermingle, before being dissociated a few years later. The painter, who was passionate about architecture, was in contact with his compatriots from the Golden Century, Saenredam, Vermeer, and Mondrian, for their common concern for working drawings, for the problems of space. In his furtive evocations of frames, easels, paintings, mirrors and windows, Geer van Velde retained only the “substance” or “linear substratum” of Proust. The gaze embraces the surface, distinguishes geometric shapes (rectangles, diamonds, squares) adjusted as for a construction, without any of the elements being figurative. One is reminded of the paving of Vermeer’s interiors, or the diamonds hanging on the columns of the churches of Saenredam. Ultimately, the object of the painting merges with interiority.

At the turn of the 1960s, this geometric elaboration mutated into an intimate space, in which light achieves a spiritual dimension. A luminous presence transcends its composition, blending shapes and colours in a play of equilibrium to reflect a circular movement from which the vital breath is born.
His chromatic surfaces suggest a slow ascent to infinity, a music of silence. This is the specificity of what would later be referred to as his style. Geer van Velde “believes that painting should signify its own business, that is to say colour.”

“Geer van Velde, an alchemist of light, used the vibration of colour and matter to make space tangible.” 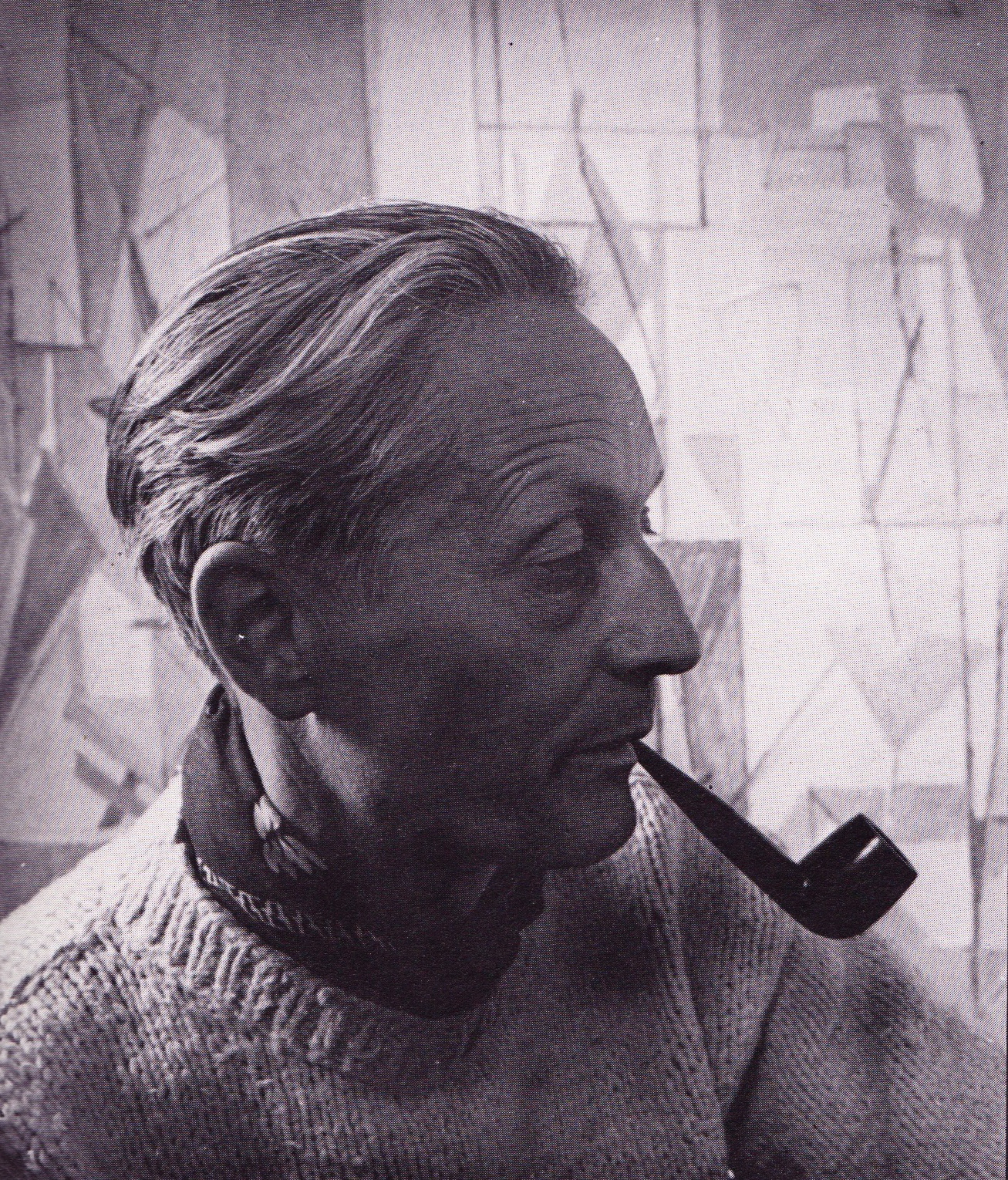 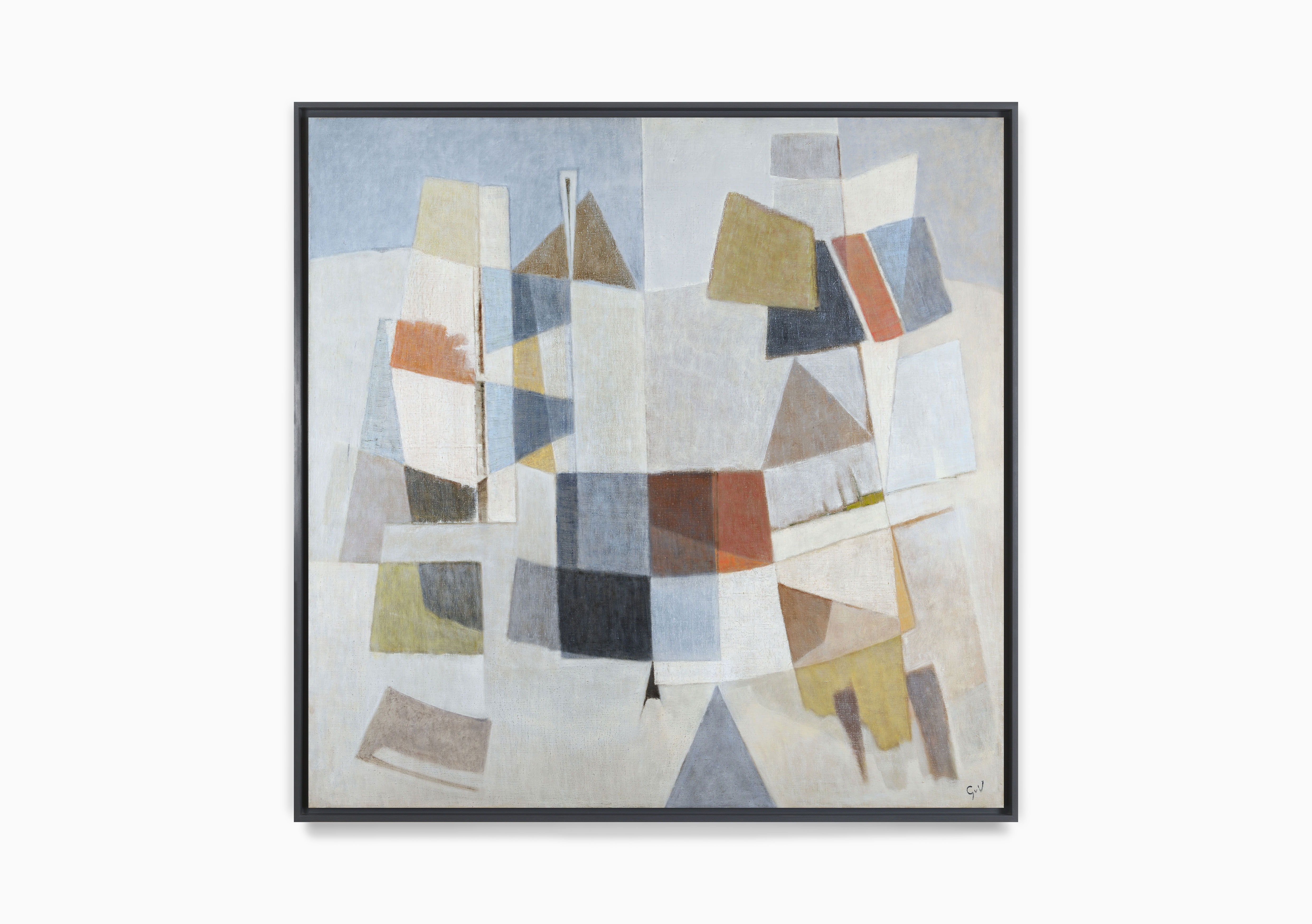 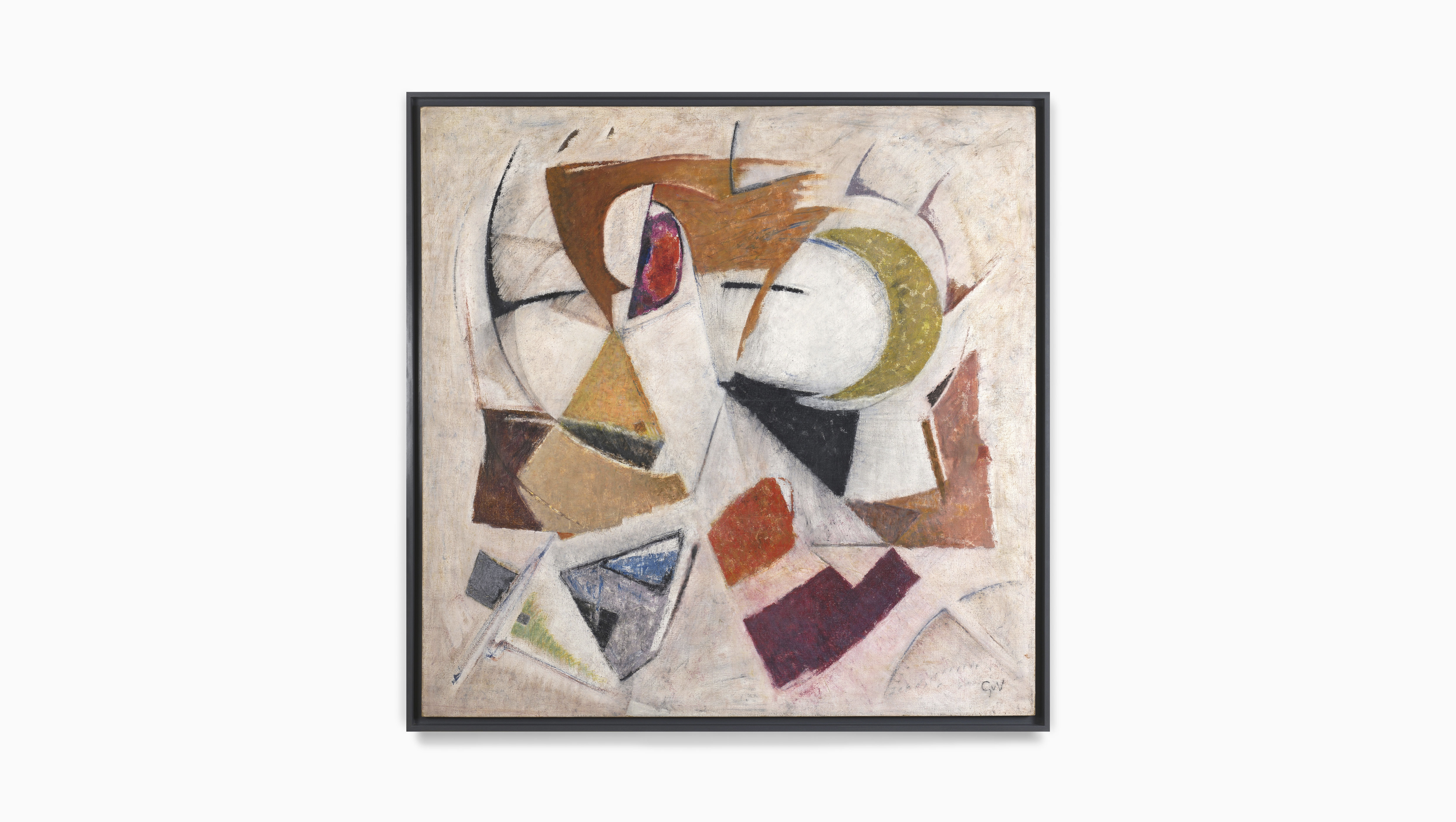 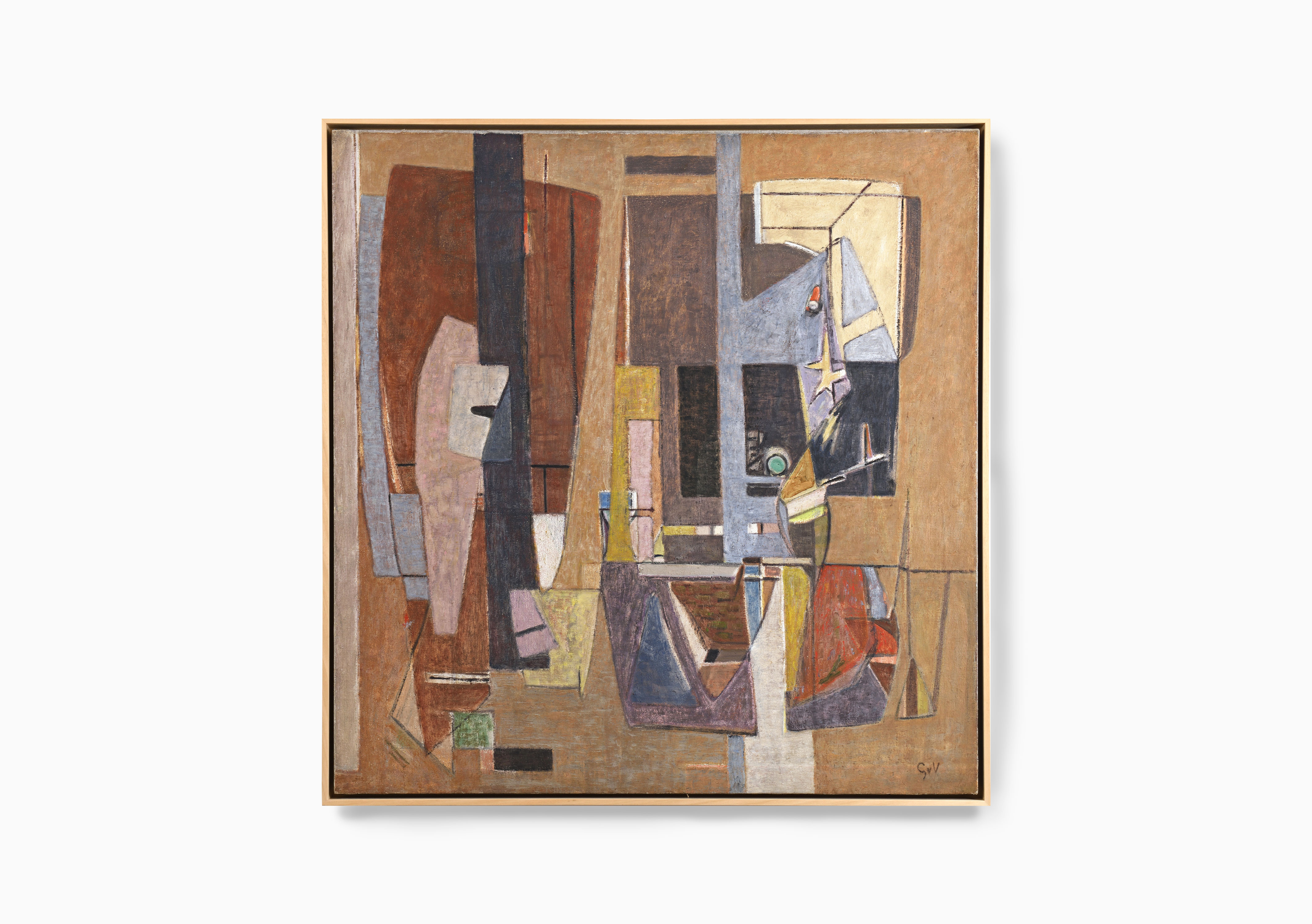 Consult the catalogue published for the exhibition devoted to the artist Geer van Velde from May 16th to July 15th, 2012.

Consult the catalogue published for the exhibition devoted to the artist Geer van Velde from May 16th to July 15th, 2012.