Victor Vasarely, a French painter of Hungarian origin, is recognised as the father of optico-kinetic art for his invention, at the turn of the 1950s, of new methods of artistic conception and diffusion. By developing a new visual alphabet made up of simple geometric shapes and pure colours combined, Vasarely designed an art that plays with our visual perceptions, a popular art, accessible to all.

Born in Pécs, Hungary in 1906, Vasarely enrolled at the Budapest Medical School in 1925. He did not stay there long, but maintained a love of science and method. Over the course of his first jobs, including as a cartoonist for advertising inserts, he was taught by Sandor Bortnyik, the founder of the Mühely school on the model of the Bauhaus, discovering constructivist theories, abstract research and techniques of graphic design, which were to have a considerable impact on his future work.

Vasarely moved to Paris in 1930, where he worked as a graphic designer in advertising agencies to earn a living, enabling him to continue his visual research. It was only after the war, in parallel with the establishment of a gallery on Rue La Boétie with Denise René, that Vasarely intensified his own artistic practice. “To express my ideas-feelings, to communicate my ideological option […] I had to create,” he later confessed. During the years in which gestural abstraction emerged, Vasarely distinguished himself by the progressive development of a kinetic language. It was the period of the Belles Isles and Cristal-Gordes, composed of abstract forms inspired by nature, and large coloured and contrasting planes, which prefigured the series to come.

In 1952, Vasarely signed a Hommage à Malevitch. Drawing from Russian painter’s black square on a white background, Vasarely created a construction of squares and lozenges in shades of grey, white and black, introducing a moving illusionist space that mobilises the viewer’s perceptual faculties. Kineticism was born, which Vasarely summarised in these words: “For me, the kinetism is what happens in the mind of the spectator when his eye is obliged to organise a perceptive field such as it is necessarily unstable.” During this period of creative enthusiasm, Vasarely designed the collective exhibition “Le movement” in 1955, now considered to be the birth certificate of kineticism. Ten years later, the exhibition “The Responsive Eye” was held at WOAgri in New York and introduced the term “Op art,” of which Vasarely is internationally recognised to be the founder.

Beginning in the 1960s, Vasarely established his visual alphabet, a genuine aesthetic project consisting of a limited number of simple geometric shapes and pure colours, the “visual units.” Associated with a perfect mastery of the chosen materials, they offer an almost infinite number of combinations. Several periods followed, from “Planetary Folklore” to “Hommage to the Hexagone,” based on the scientific laws of optics and combinatorial programming.

Vasarely’s art, which gives the illusion of movement without ever really creating it, spread widely and met with huge popular success, a phenomenon sufficiently rare to be reported. He thereby succeeded in bringing to fruition an idea dating from the beginning of the century amongst certain abstract artists, notably the heirs of the Bauhaus and those related to geometric abstraction: to identify a method capable of creating a visual language of universal scope, a total art capable of integrating into the city.

“The crucial moment in each artist’s career is his transmutation from 'receiver' to 'transmitter': he then becomes a creator, an extremely rare being, discovering his role which consists in giving.” 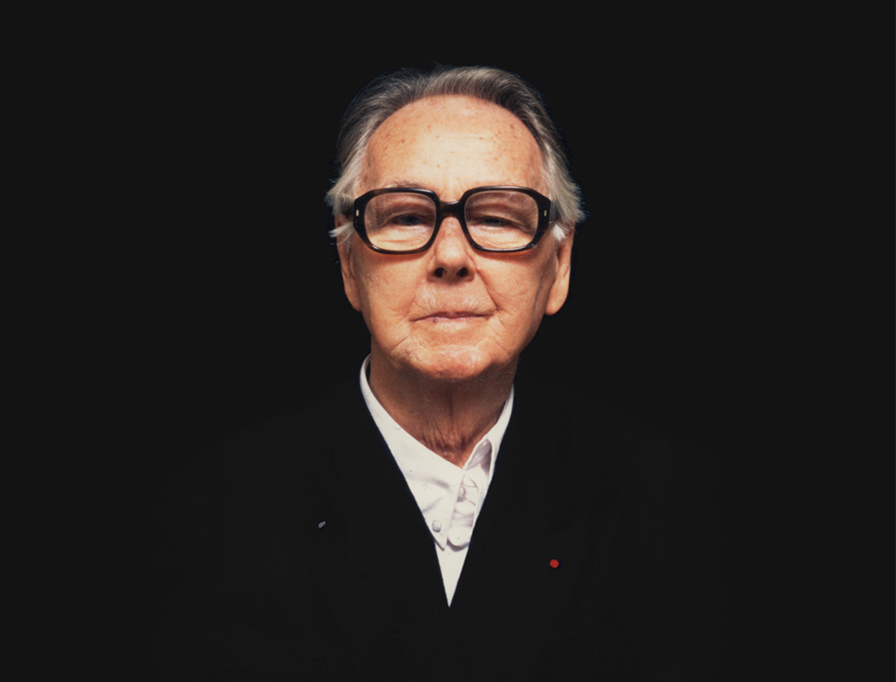 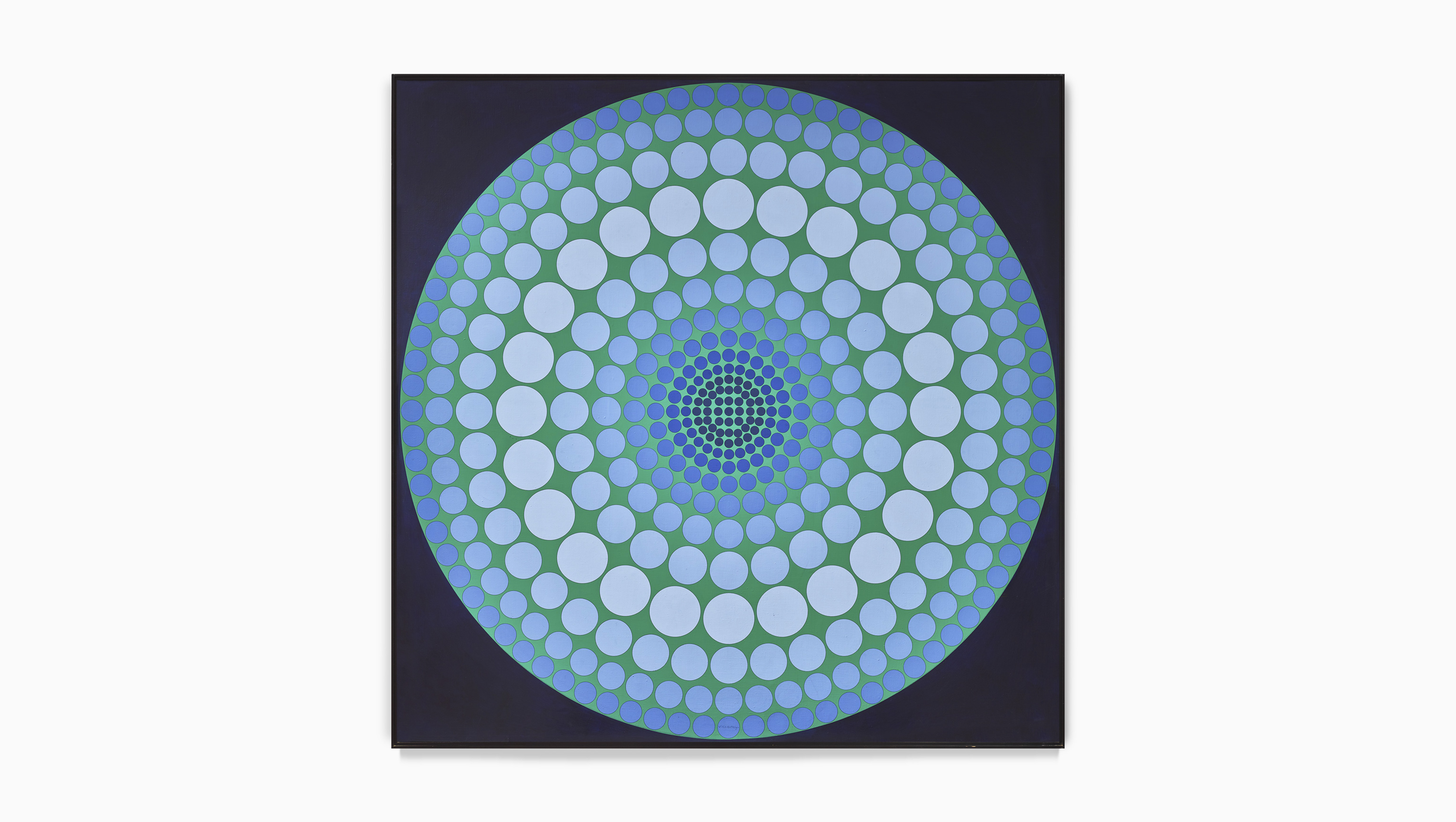 
From October 10th to November 21st, the Galerie A&R Fleury is presenting a collective exhibition devoted to kinetic art and its incredible aesthetic, experimental and social richness. 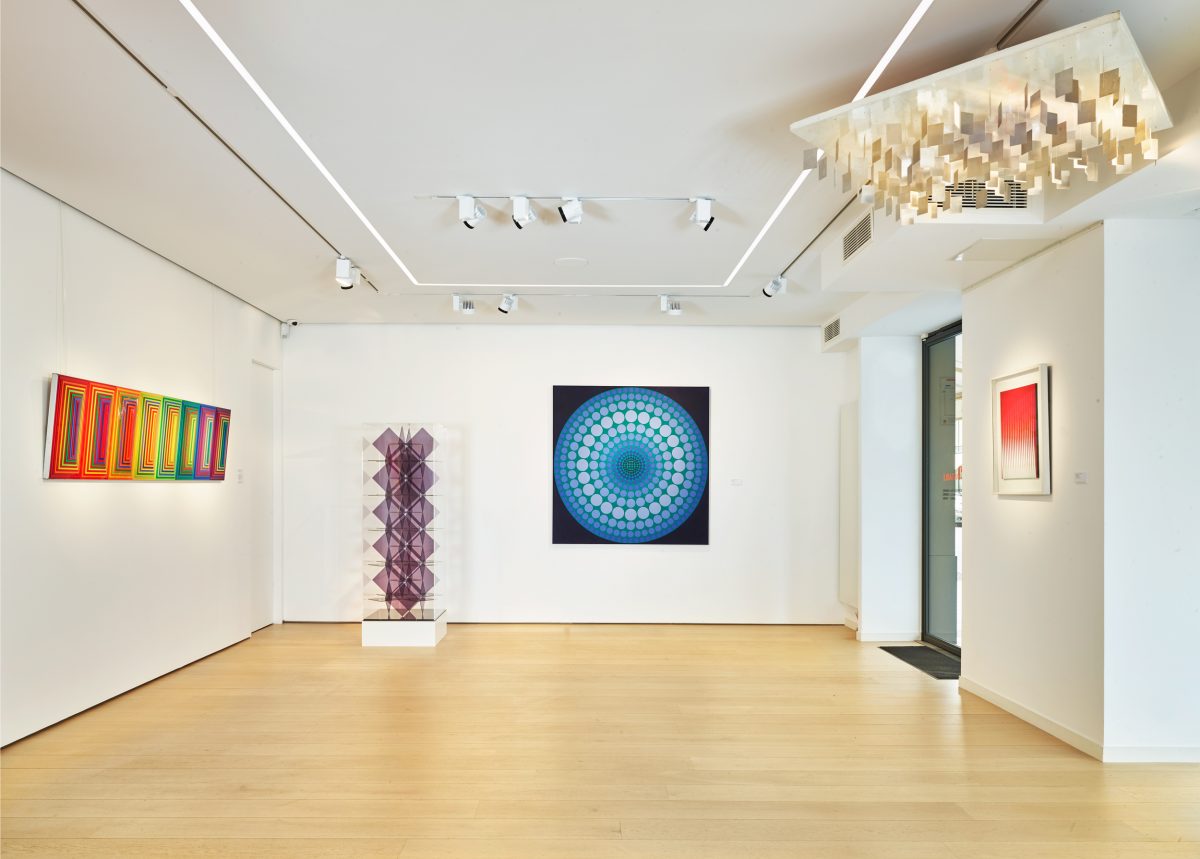 
From October 10th to November 21st, the Galerie A&R Fleury is presenting a collective exhibition devoted to kinetic art and its incredible aesthetic, experimental and social richness.


For its new participation in Art Paris Art Fair, the Galerie A&R FLEURY invites you to discover a selection of post-war works of art.

Consult an excerpt of the catalogue published for the exhibition “Déplacement instable | Mouvement, vibration, illusion d’optique” from October 10th to November 21st, 2019.

Consult an excerpt of the catalogue published for the exhibition “Déplacement instable | Mouvement, vibration, illusion d’optique” from October 10th to November 21st, 2019.