“The graphic repertoire of Alberto Burri (1915-1995), who forged his singularity by favouring the unconventional use of ordinary and poor materials, will be showcased this winter on avenue Matignon by Alexandre and Richard Fleury.” L’Objet d’Art

“A leading figure in European informal art, Alberto Burri (1915-1995) is renowned for his constant research into unconventional processes and materials. The exhibition by Alexandre and Richard Fleury focuses on his graphic experiments.” L’Éventail

“The artist attaches great interest to innovation, constantly seeking new techniques to bring to his graphic works. The exhibition encourages questioning and allows for a unique graphic approach.” Maze

It is not possible to separate the graphic activity of Alberto Burri (1915-1995) from his painting: there is a two-way relationship between the two, one being the continuation of the other by other means. The artist’s experiments with the medium of painting have precise counterparts in his graphic work. However, in order to understand the specificity of grafica and its role in Burri’s artistic corpus as a whole, we must be careful not to reduce them to miniature paintings. This reading, which is quite widespread, is ultimately misleading.

Although marginal, graphic work was present from the beginning of Burri’s career and was not limited to his later years. We think for example of the pen and gold leaf drawings that illustrate the poems of Emilio Villa, one of the first and best interpreters of Burri’s artistic revolution. However, his graphic activity intensified from 1964, starting with black and white engravings with large white margins.

One of the similarities between the paintings and the engravings is the centrality of the material, an aspect of Burri’s work that remains unique in the post-war panorama of Italian art. It is so pronounced that the artist identified his cycles of works by the material used, and it was these same materials that gave the titles to the whole series. It is a strategy that eliminates any symbolic or metaphorical interpretation: these materials show nothing other than themselves, and any attempt to make them say anything else appears as a betrayal of the will of the work as much as that of the artist. Spectators and critics are thereby exposed to the faux pas of interpretation, historically unable to account for these presences that require our participation more than our words.

The singularity of Burri’s artistic career (all media combined) lies in this inexorable, relentless, obstinate progression from one material to the next, almost as if, each time, their visual possibilities had been explored to the point of exhaustion. The artist therefore had no other choice but to turn to a new material, and hence a new challenge. This trend is all the more surprising considering that the materials on which Burri focused his attention have no genealogy in the history of Western art. 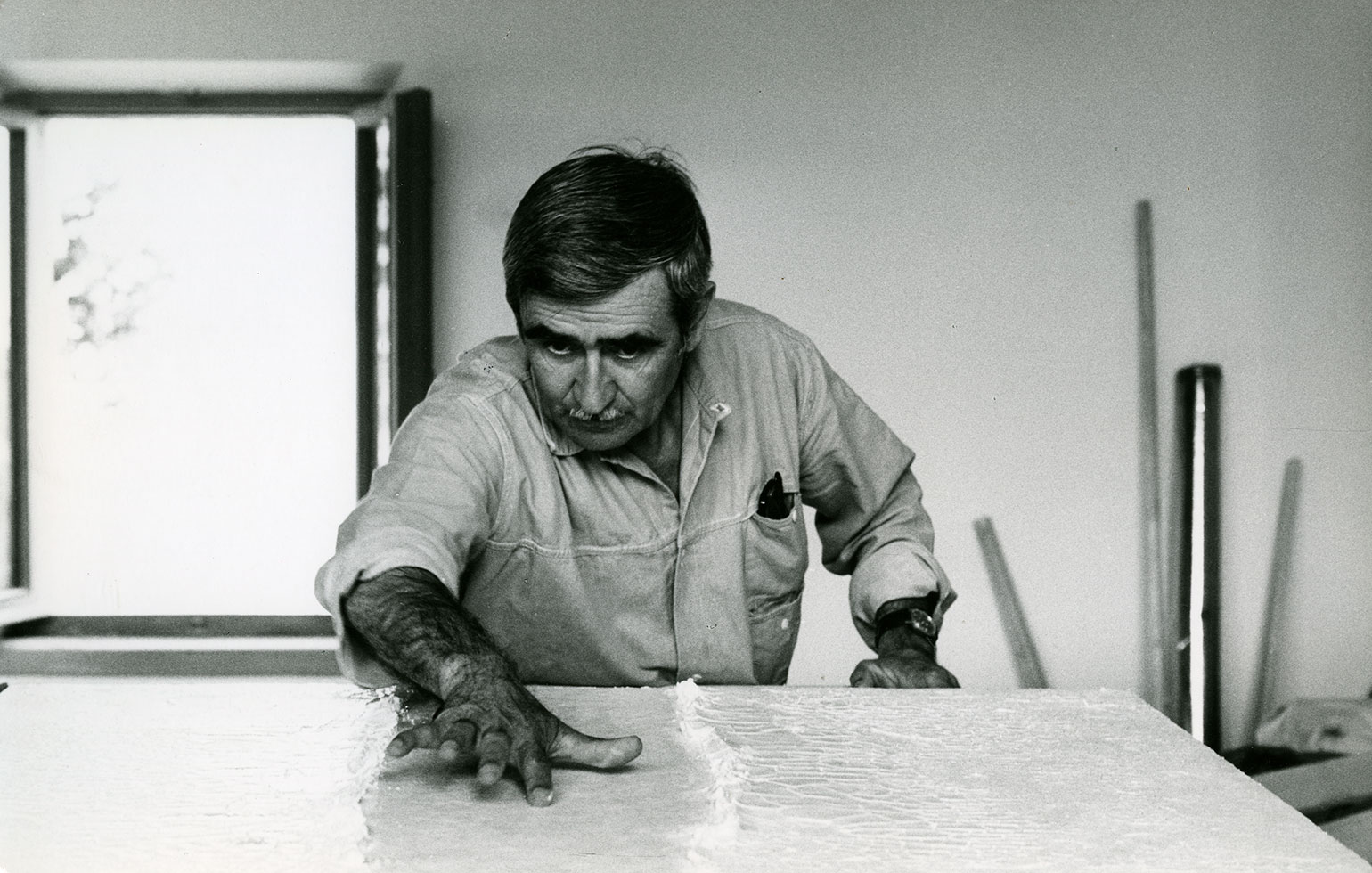 “In the case of Burri, speaking of his graphic work does not mean speaking of a minor production compared to his paintings, but only of a different and parallel artistic method, in its conception and its execution. Ultimately, it can be considered to be of absolute importance in the production of the great painter, alongside all his other revolutionary and innovative positions. In his graphic work, Burri also sought to meet technical challenges and push the boundaries of the tools and materials used, producing extraordinarily interesting results.”

Bruno Corà, art critic and president of the Fondation Burri

1971 was a particularly prolific year for Burri’s graphic work, and drew to a close with the production of the Cretti. A first experiment in this direction had already been undertaken in 1962 for the small Cretti bianco on the first page of the “Variazioni” book. 1

In this series, the issue became much more complex as a result of the considerable size and physical density which the engraving had to imprint on the paper from behind, to avoid it being flattened during the ink printing.

Once again, the artist, determined to reach his objective, which was very clear in his mind, presented a challenge to the printer, who was tasked with obtaining a result from these techniques which nobody had ever requested before.

After several months of experimentation, the result proved extraordinary. As with the “pictorial” series of the Cretti, we immediately note distinct tones in the cracks, sometimes sharp, angular and cutting, and sometimes detached from the cellotex base, softer, rounded and more nuanced in the paper.

The title “Cretto” connects the pictorial work to the graphic work, but the engravings are distinguished by their own original formal values. Nevertheless, the overall balance remains unchanged, designed and obtained in the same way as in the works on cellotex.

1.Variazioni is a poetic work written by Emilio Villa, who asked Burri to illustrate this volume. Burri created 3 small-format  graphic pieces, including a first attempt which can be associated with the Cretti series. 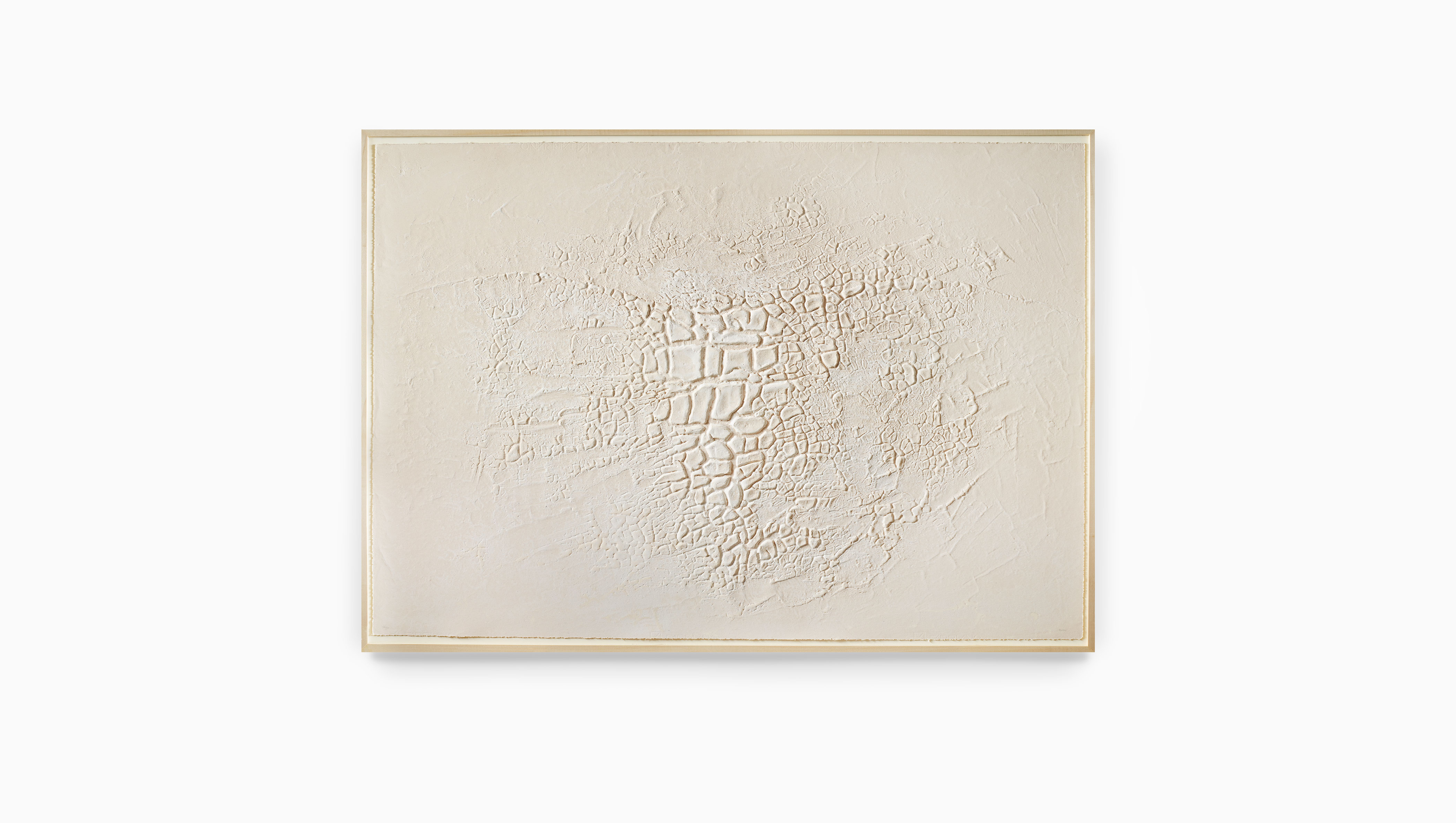 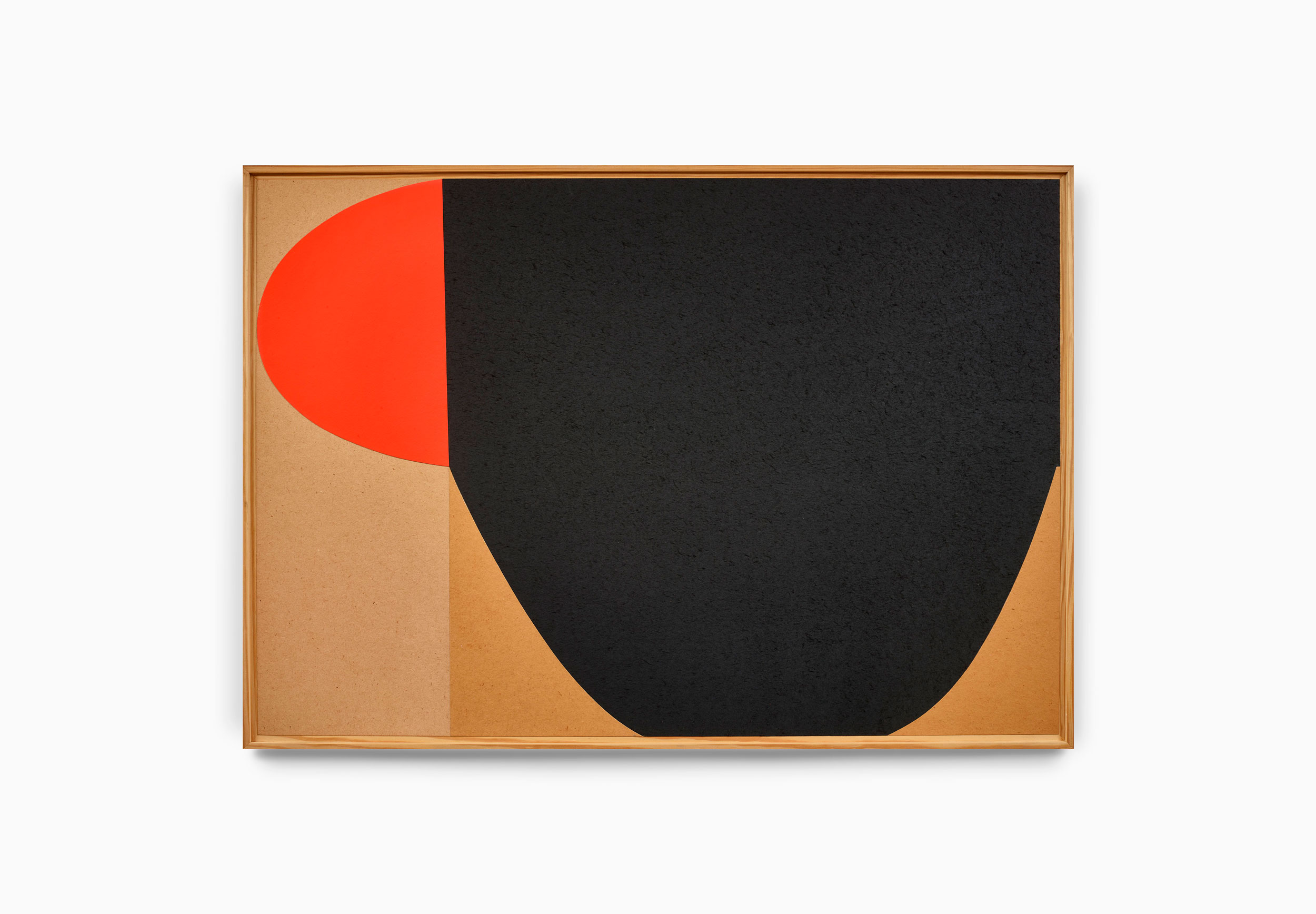 1981 marked the beginning of a new phase in Alberto Burri’s graphic production.

Without the intermediary of a printer, the artist imagined a new technique for the production of multiples.

A press was specially created, handmade from recycled elements and adapted to the dimensions of the chosen materials. For this series, the artist first proceeded manually: he cut the pieces of cardboard, painted them in black and red, and used vinyl when he wanted to make the base material shine: a cardboard of the same colour as the cellotex. Then came a long, meticulous work of assembling the pieces of cardboard. For two of the ten works in the series, an additional step was required after the press, proceeding with the abrasion of the black cardboard in order to make it supple and to accentuate its textural effects.

Subsequently, to reduce the production times for this series, Burri had the pieces of cardboard precut into specific shapes. Having perfected the technique, he delegated the assembly work to the printer Fausto Baldessarini.

The Multiplex are characteristed by a true material coherence, which becomes pictorial, as in a unique piece, and by means of a balanced, completed structure.

For the ten Monotex, Burri returned to the technique of multiples.

This was the metamorphosis of the same “image” presented three years earlier in the “Metamorfotex” pictorial cycle,1 in which the sequence of nine uninterrupted paintings (a unique case in Burri’s long artistic career) was necessary to visualise the transformation of the same composition, divided into eight forms: from the first module, entirely made of cellotex, the black gradually advances, until it occupies the entire surface of the last painting.

In the case of the Monotex, whose forms, like those of the “Metamorfotex,” are homologous from one painting to the next, the beginning and the end of the cycle are marked by two monochromes, one white and one black, but Burri’s approach is different. The reproduction is orderly and synchronous with the identification of the elements which are gradually taken over by black, and the module splits and recomposes itself simultaneously. In each panel, white prevails, but the black enables the geometric perception of the different elements which make up the whole – a perfect link.

1. The title of the cycle imaged by the artist for his exhibition at the Château de Prague, which never took place, is a reference to Kafka’s Metamorphosis. 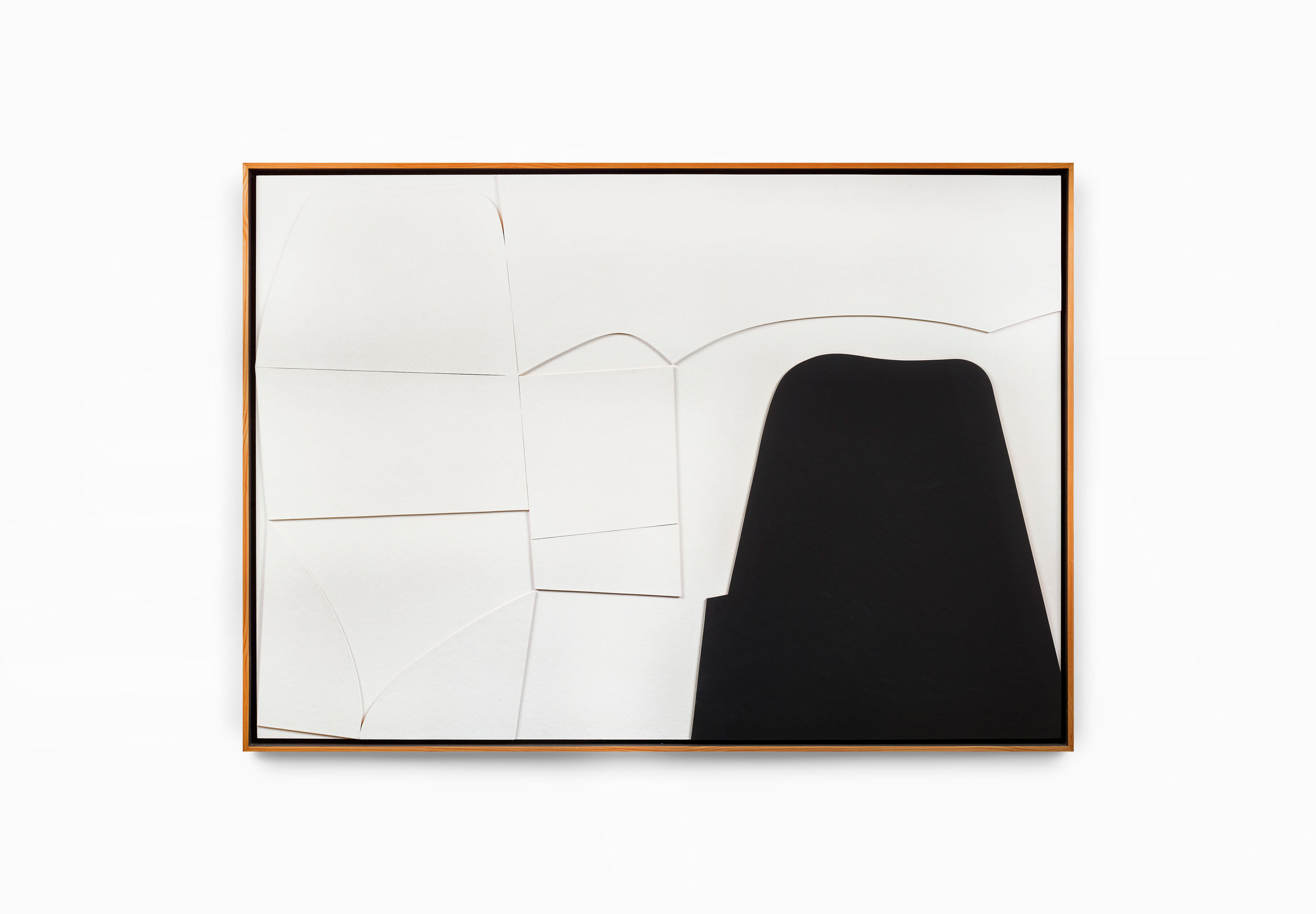 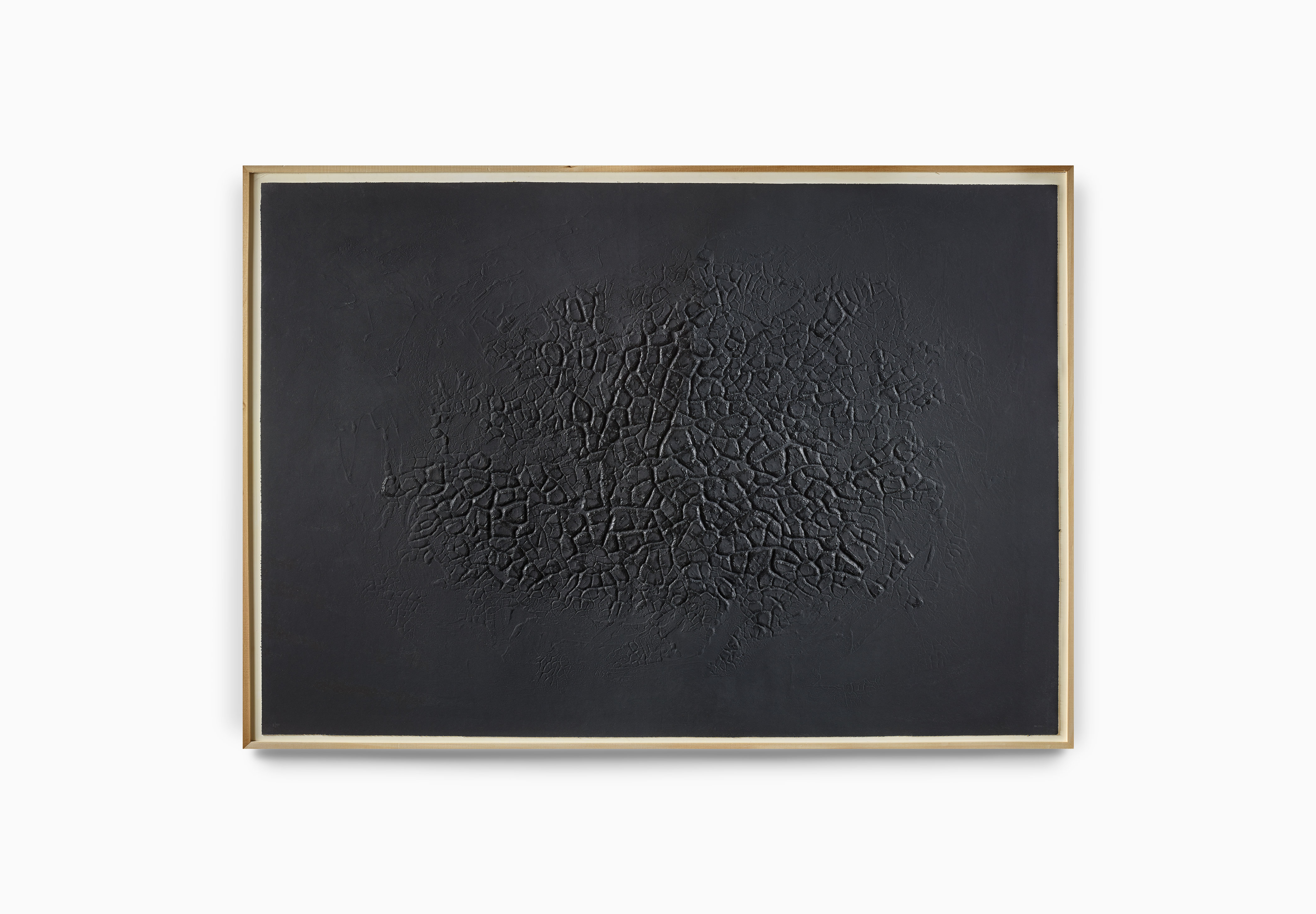 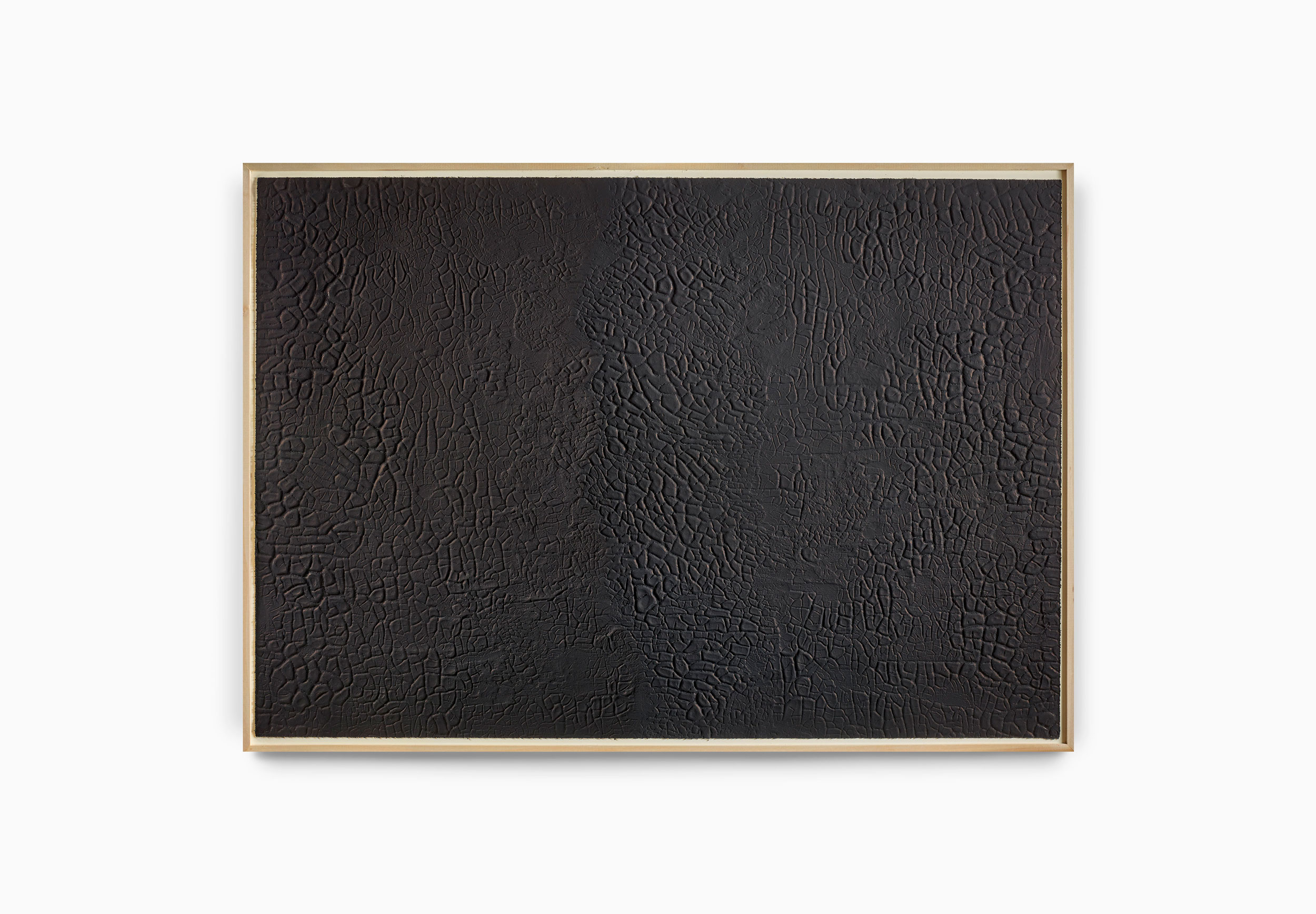 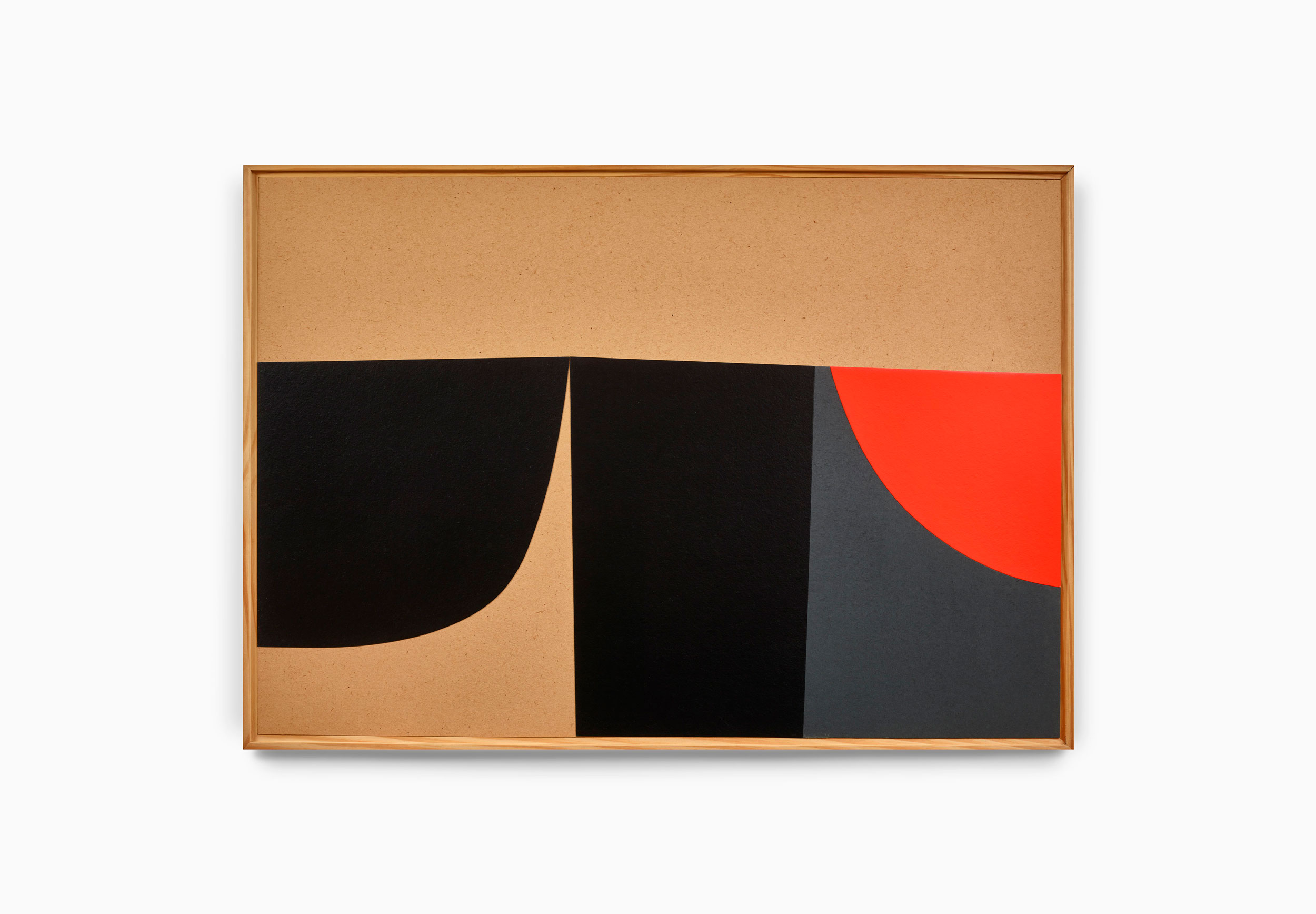 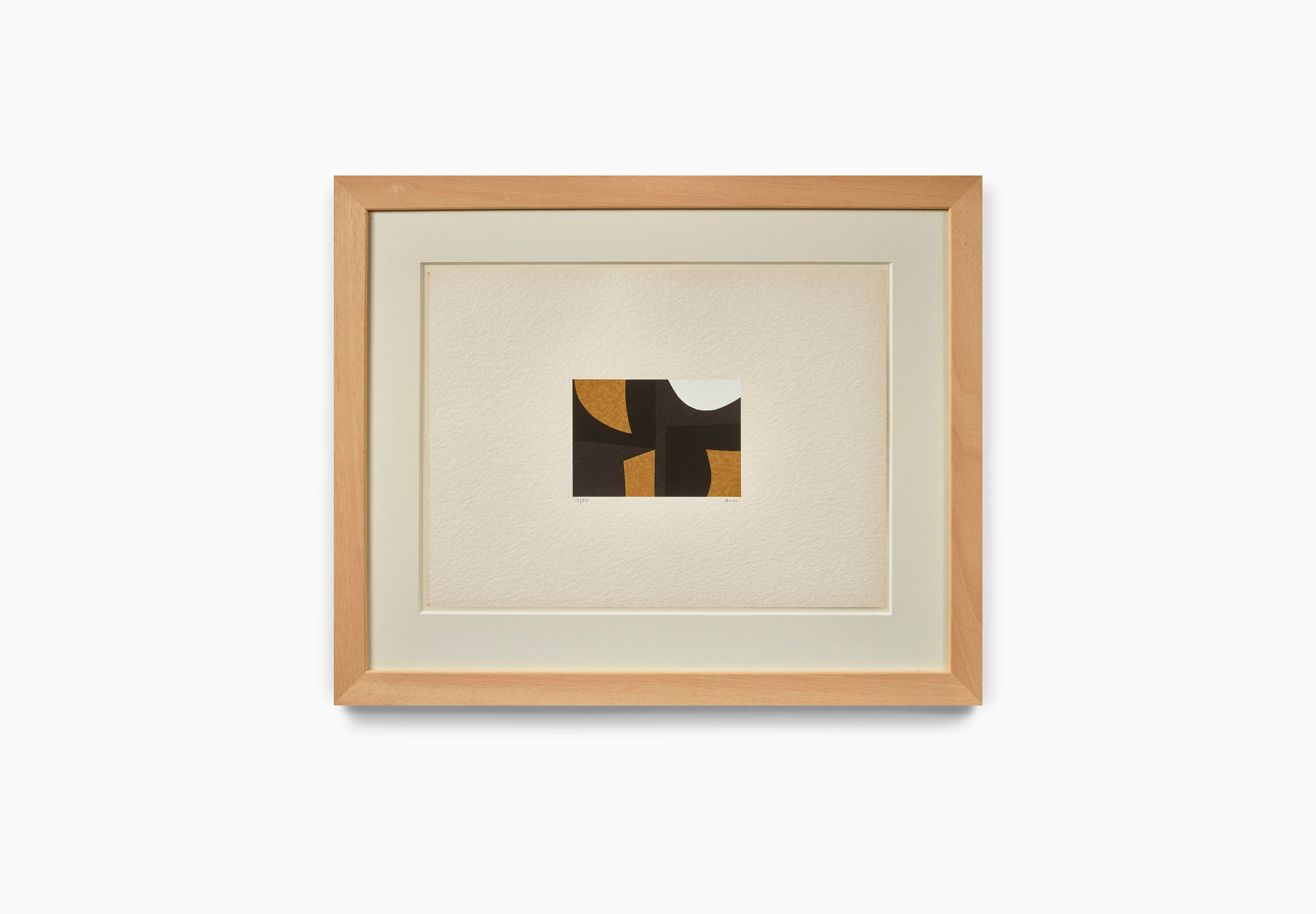 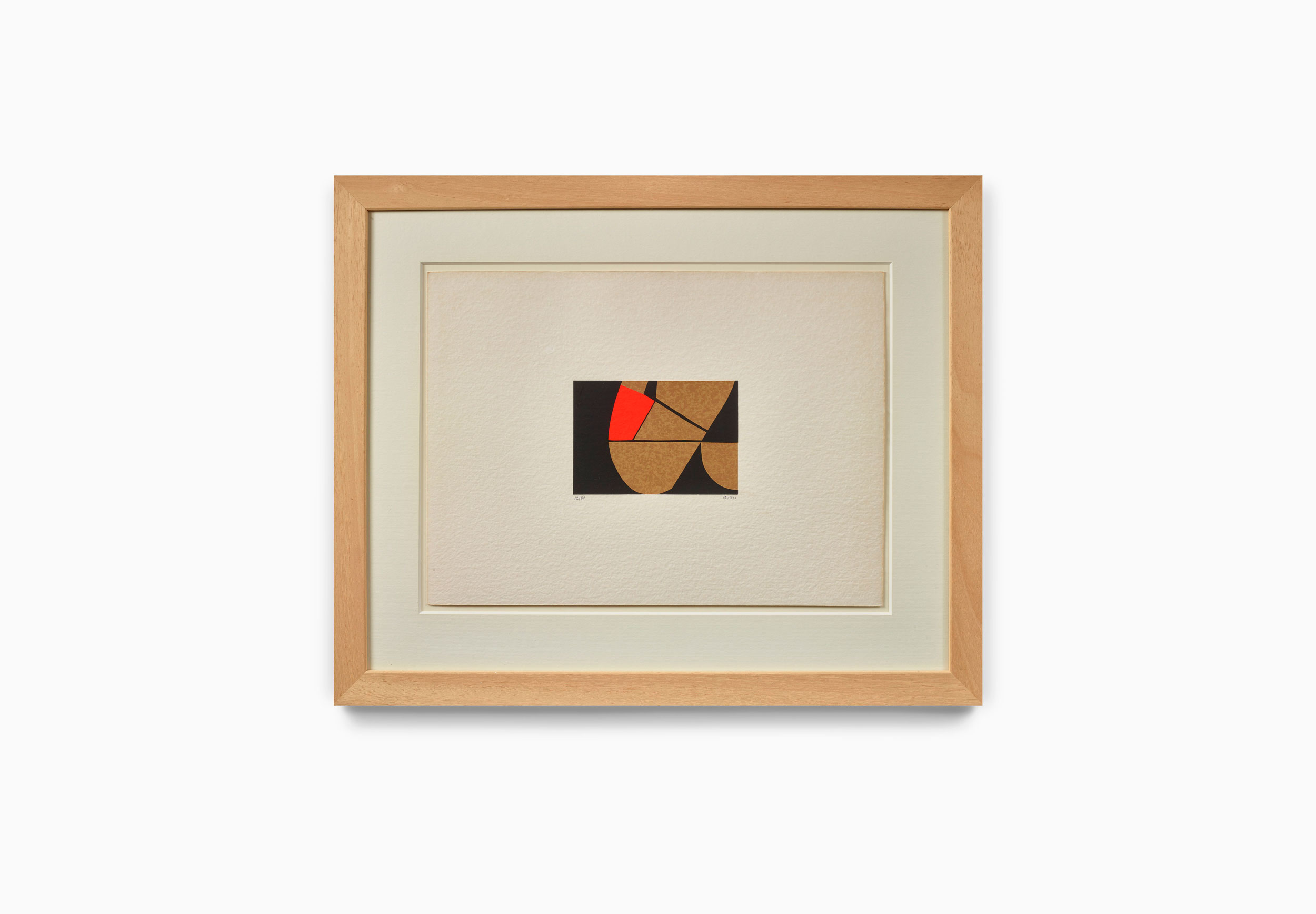 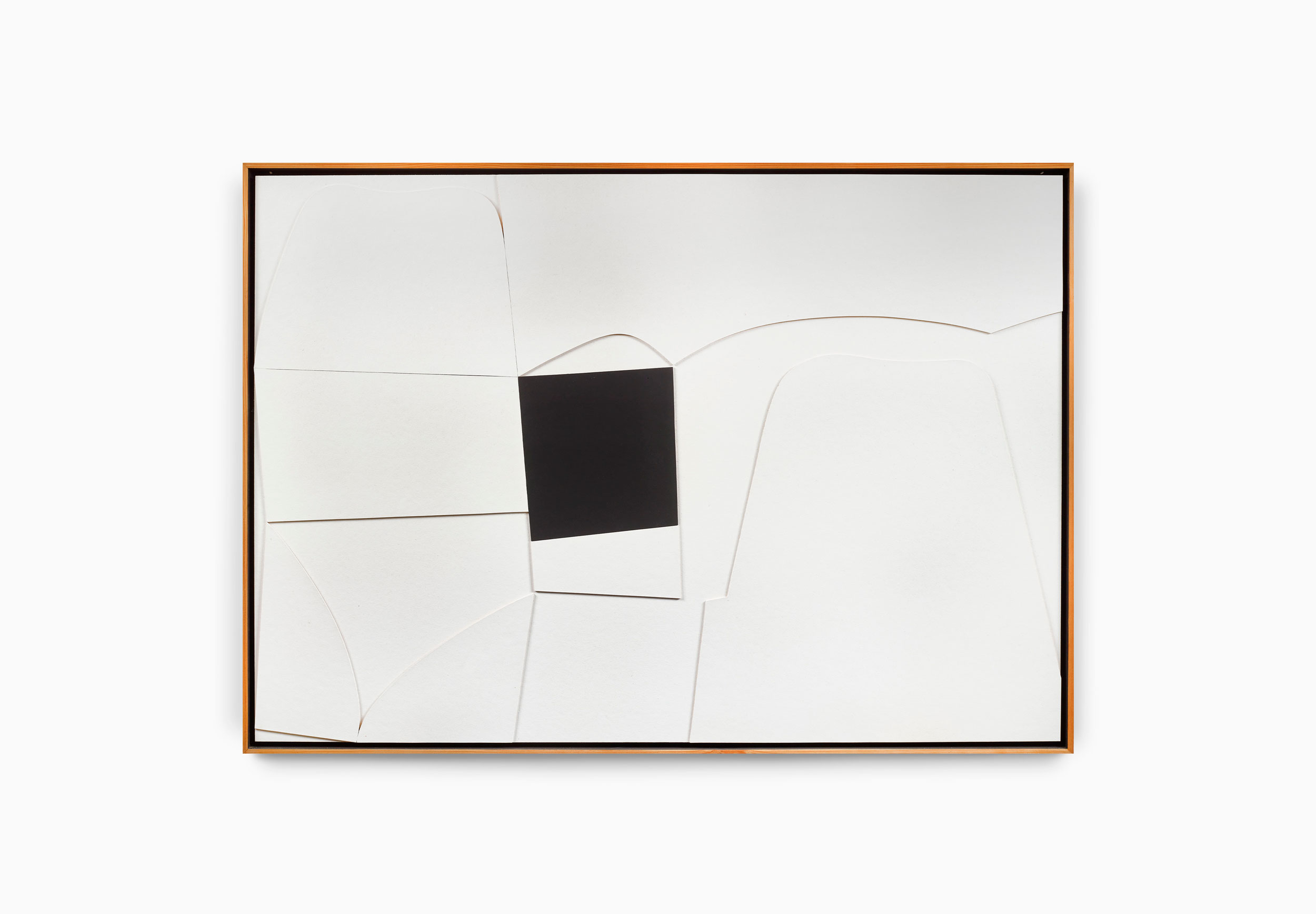 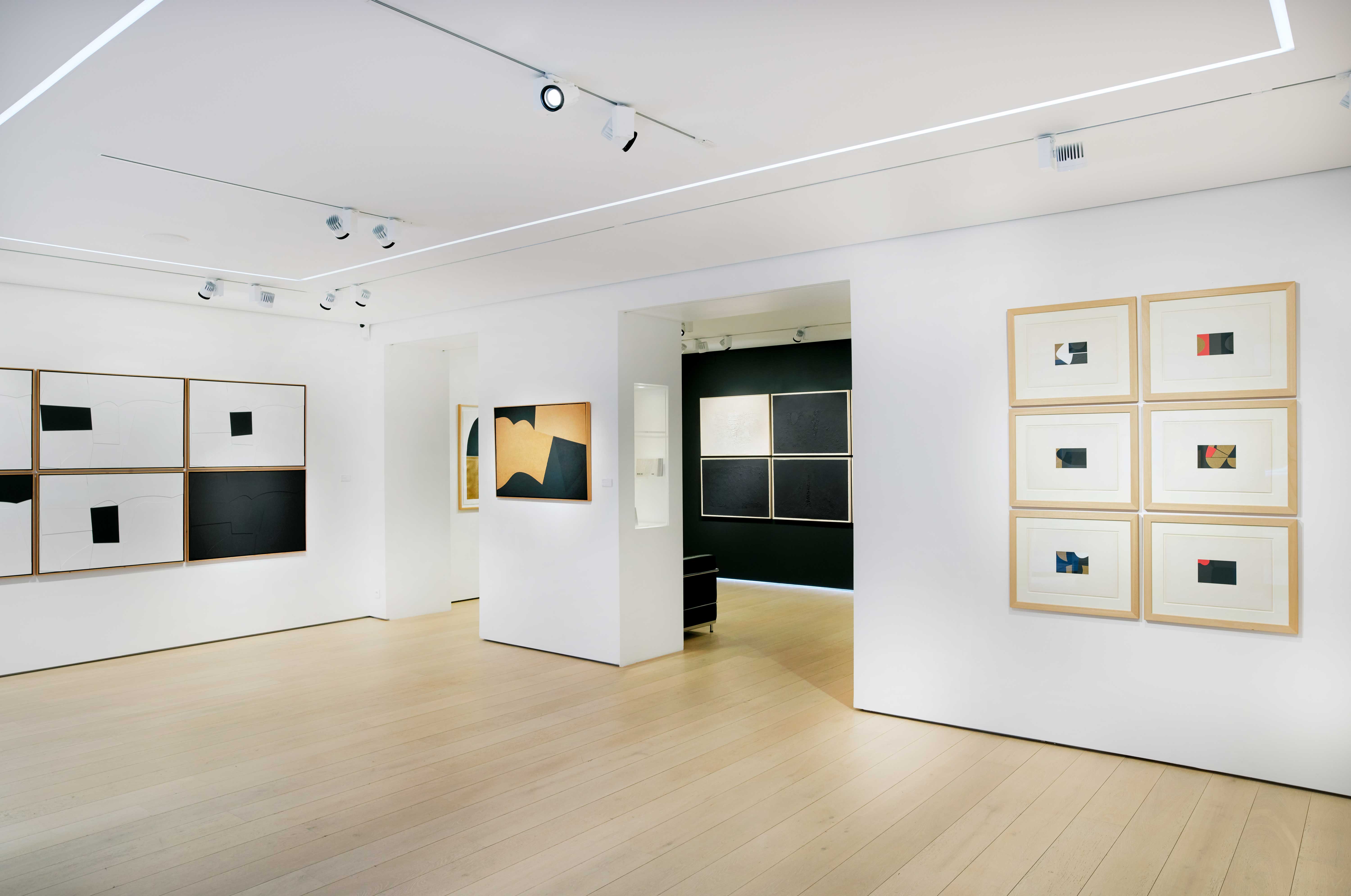 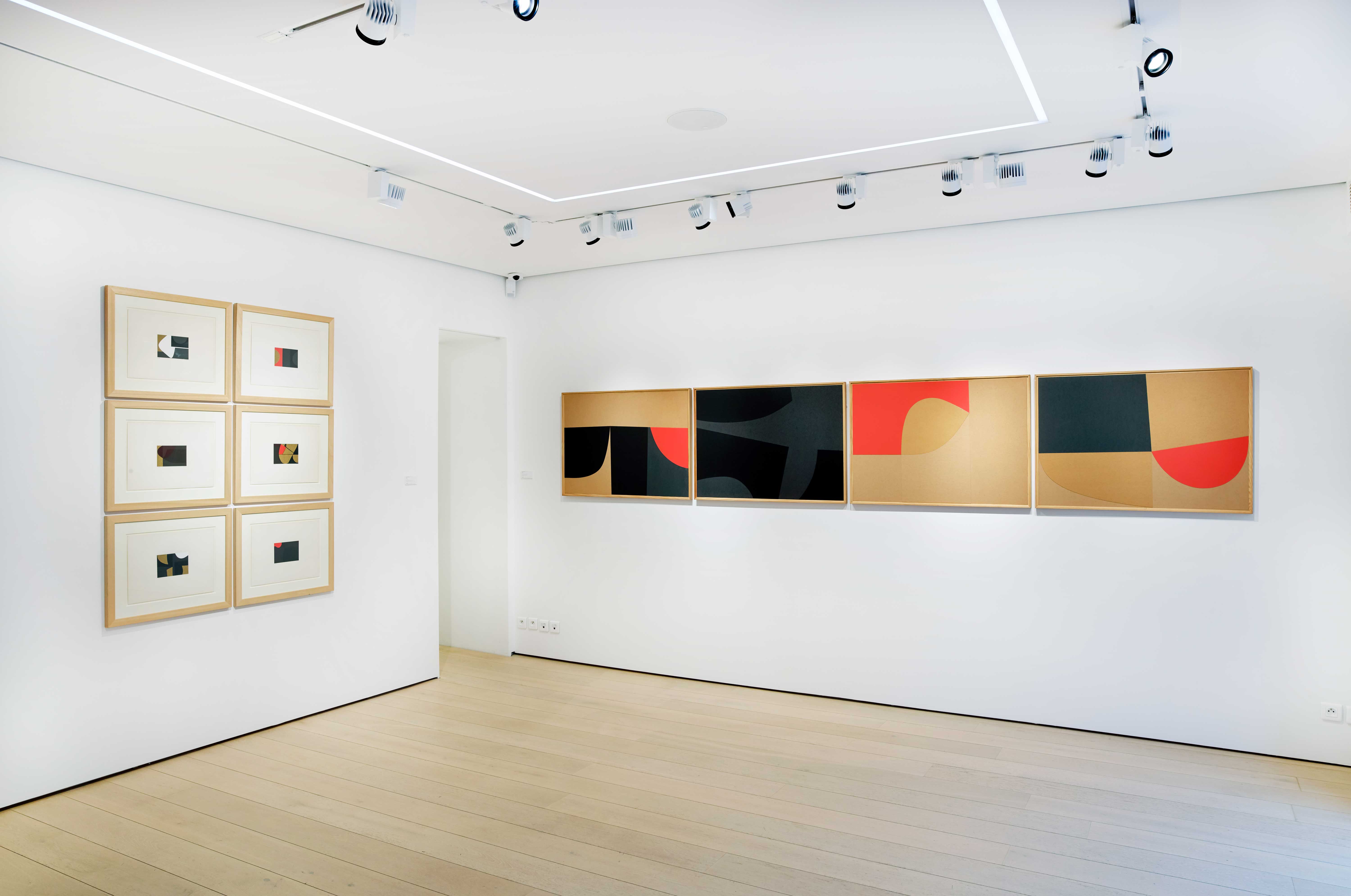 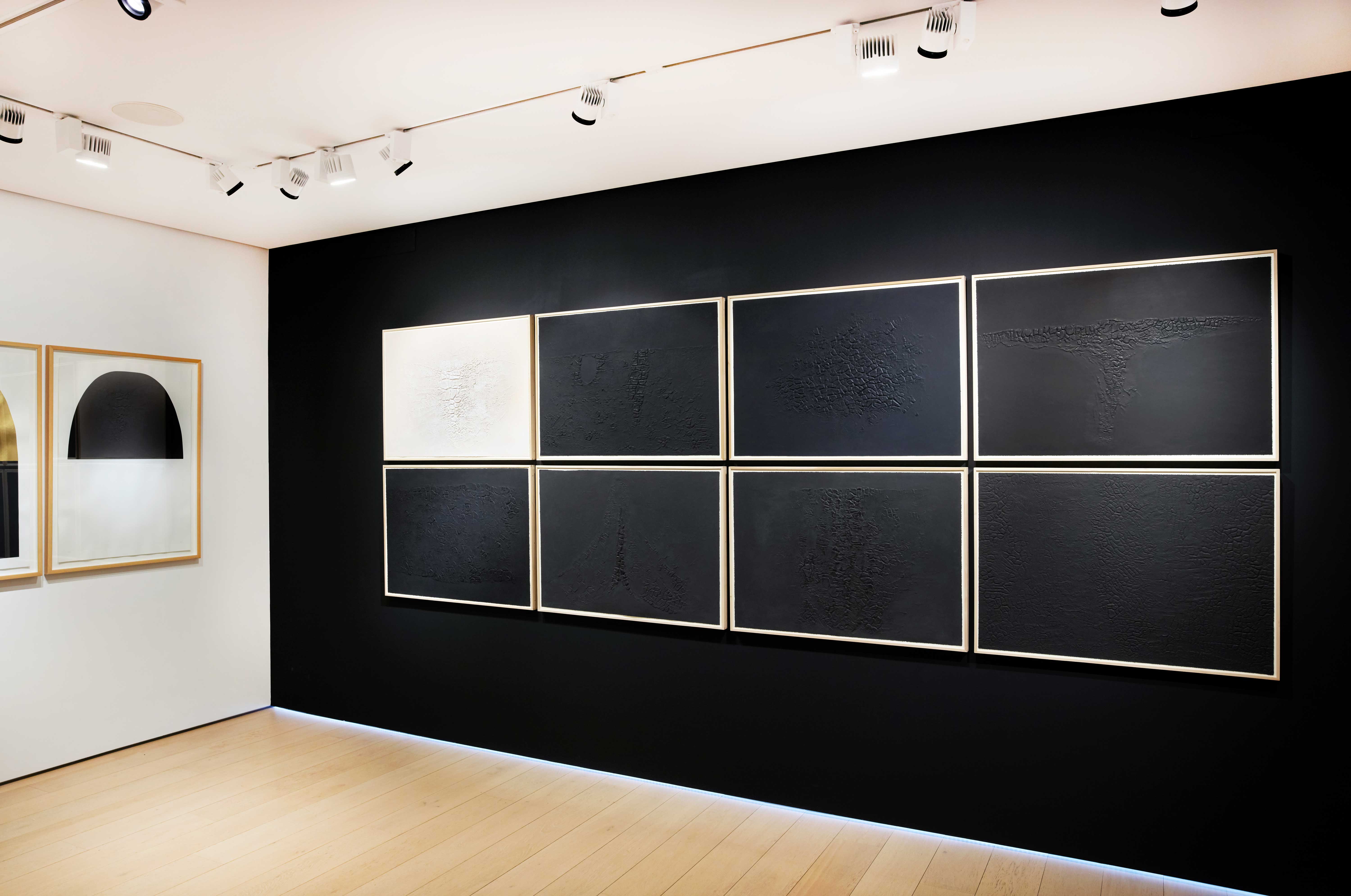 Consult an excerpt of the catalogue published for the exhibition “Alberto Burri | Grafica” (December 2nd 2021 to February 5th 2022).

Consult an excerpt of the catalogue published for the exhibition “Alberto Burri | Grafica” (December 2nd 2021 to February 5th 2022). 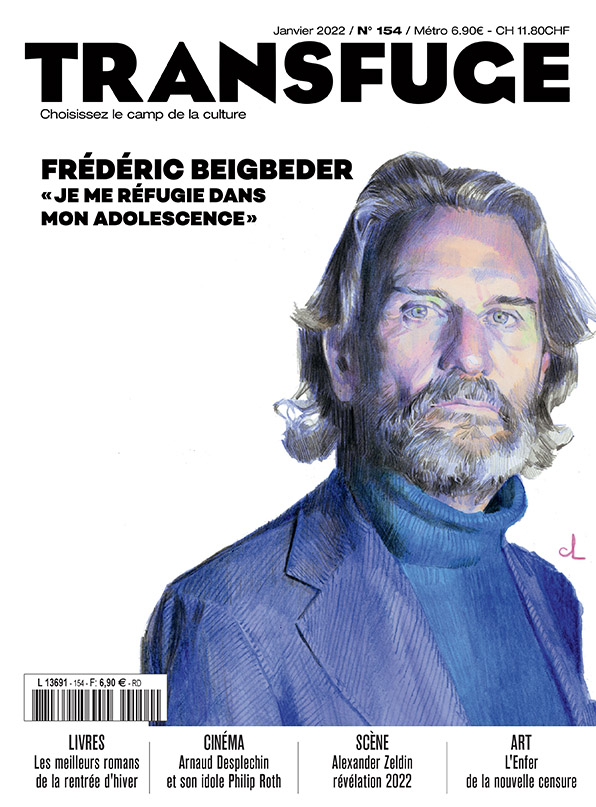 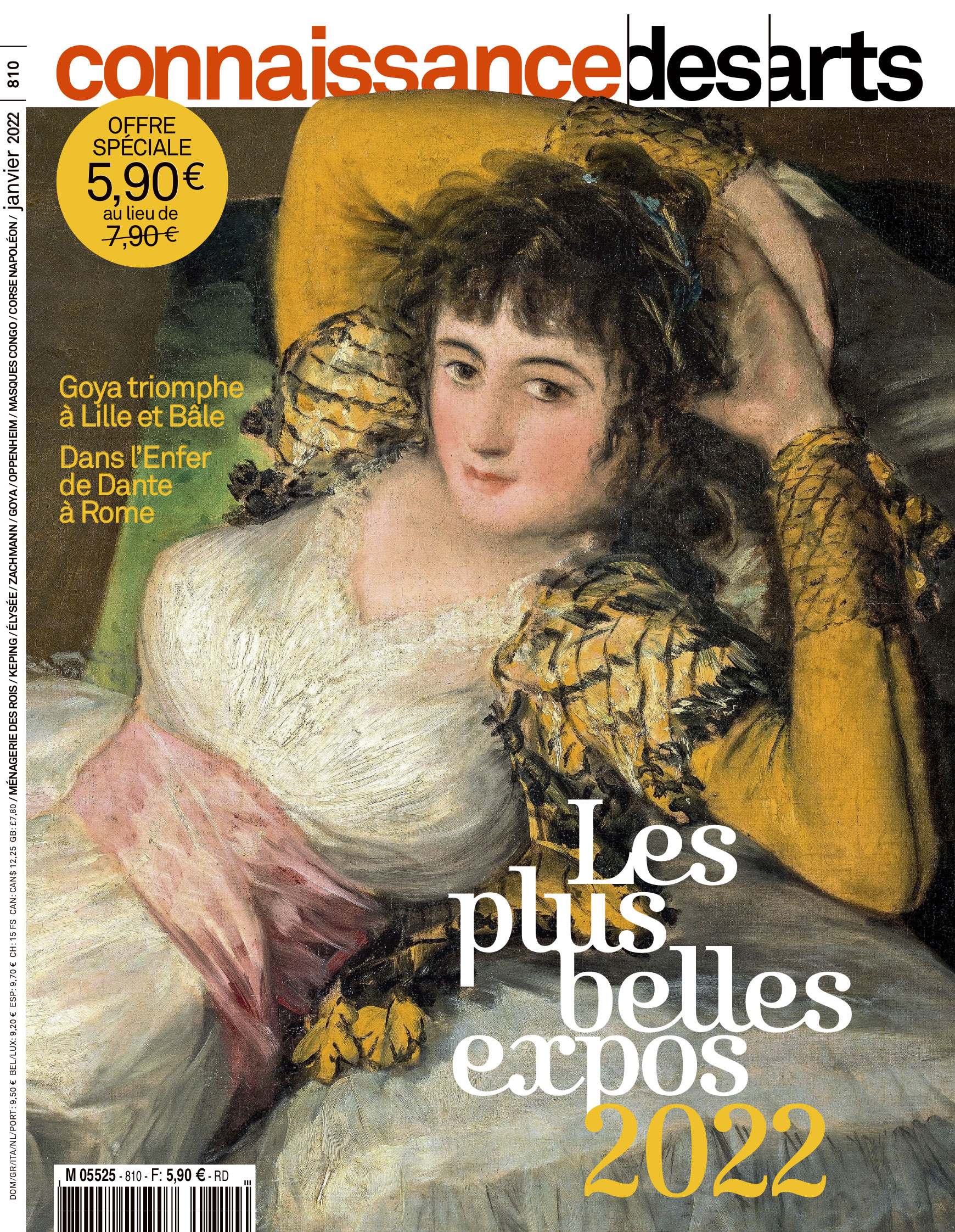